Changes to dormant superannuation accounts has seen thousands of accounts transferred to the Australian Taxation Office for consolidation with other existing accounts.

The Protecting Your Superannuation Package Act requires super funds to send accounts to the ATO if they have a balance of less than $6000 and have had no contribution or rollovers for the past 16 months. 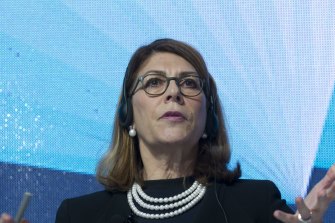 There is also a ban on funds from charging administration and investment fees exceeding 3 per cent a year on the balance of accounts holding less than $6000.

The country's largest super fund, AustralianSuper, recently introduced a small levy to cover the cost of the fee cap on low account balances after already transferring 246,000 accounts representing more than $500 million to the ATO.

However, that does not mean that other super funds will be introducing a levy on members, say those who follow the super industry closely.

"Individual funds make decisions about fees and other offerings after reviewing the impact of any change and considering the needs of their members," the spokesperson said.

"Generating maximum benefit for members is at the heart of everything industry super funds do, and, as with any adjustment to offerings, every effort will be made to ensure members continue to benefit from maximum net returns."

An AustralianSuper spokesman said: “None of the money raised from the levy will go into reserves. The key thing for members is to focus on is the net benefit.”

The new levy will be deducted from investment returns daily – before returns are added to account balances – and is variable, up to a maximum of 0.04 per cent.

“Even with the new fee, AustralianSuper’s combined admin and investment fees for the balanced investment option – where most members are invested – are in the lowest quartile in the industry for a $50,000 account balance, and the lowest decile for higher balances,” the spokesman said.

AustralianSuper's Balanced investment option produces returns that are in the top 10 per cent when compared to the Balanced options of other funds. A member who had invested $100,000 in the fund in 1999 would be worth $454,000 today.

Eva Scheerlinck, chief executive of the Australian Institute of Superannuation Trustees, which represents not-for-profit funds, said changes in the industry can result in fee increases.

“However, in the medium term, we would expect that scale, efficiencies and auto-consolidation will put downwards pressure on fees across the industry,” she said.

Sally Loane, chief executive of the Financial Services Council, said the Productivity Commission estimated that Australians paid out more than $2.6 billion annually in fees as a result of "zombie" duplicate accounts and their transfer to the ATO was "good news."

"Overall, the fees charged on accounts have been declining for some time as a proportion of assets, and we would generally expect this to continue,” she said.

Coronavirus taking a toll on Chinese restaurants in New York