Last year’s grape harvest was a harrowing scramble at Mirko Cappelli’s Tuscan vineyard. With the Italian border closed because of the pandemic, the Eastern European workers he had come to rely on couldn’t get into the country. The company he had contracted to supply grape pickers had no one to offer him. He ultimately found just enough workers to bring the grapes in on time.

The coronavirus pandemic is pushing the wine industry toward automation.

Covid-related travel restrictions left severe shortages of agricultural workers last year, as Eastern Europeans and North Africans were unable to reach fields in Western Europe. Though the shortages have eased this year, the difficulty of finding workers has accelerated the shift, which was already under way across the agricultural sector.

While harvests of some crops, like soybeans and corn, are already heavily automated, winemakers have been slower to make the switch. Vintners debate whether automated harvesting is more likely to damage grapes, which can affect the quality of the wine. The cost is a deterrent for many small farmers. Some European regions even ban machine harvesting.

For many vintners in Europe and the U.S., however, the difficulty of finding workers—a problem they say had grown steadily for years but became acute during the pandemic—has pushed them to take the robot plunge. It is a change that will outlast the pandemic and could shift longstanding migration patterns that bring tens of thousands of foreign workers to Italy, France and Spain for agricultural harvests each year.

Ritano Baragli, president of Cantina Sociale colli Fiorentini Valvirgilio, a winemaker’s group in Tuscany, said it has been getting harder to find pickers for several years, as locals increasingly shun the physically demanding, low-paid, short-term work while the demand for pickers has increased.

But last year was the worst labor shortage of his half-century career in wine. Use of harvesting machines among the group’s members increased 20% this year in response, he said.

Mr. Cappelli was one of those who made the switch.

"It was a very hard decision for a small farm like ours—it will take a long time to make the investment back," Mr. Cappelli, a fourth-generation winemaker, said of buying the machine to harvest his 13 hectares of grapes. "But now when the grapes are ready, I can go pick them. We don’t have to worry about finding workers."

He was lucky to be able to get the machine, made by French manufacturer Pellenc. Philippe Astoin, director of the company’s agricultural division, said demand for automated grape harvesters had been going up 5% to 10% a year, but shot up around 20% this year.

A shortage of parts—which has also plagued car makers during the pandemic—left the company unable to fill all the orders. Mr. Astoin expects demand to keep growing, as rising labor costs make automation comparatively more affordable. In Britain, for example, the minimum wage for agricultural workers increased 34% between 2014 and 2020, according to Andersons, a farm business consultant group.

"What we hear from our customers in [Western] Europe and North America…is they’re not sure they can gather the people they need for the harvest," said Mr. Astoin.

Still, some wine-growing regions remain devoted to traditional hand harvest. In some cases, the machines are unsuited to steep terrain, or to certain grape-growing styles. In France, where the farming sector is less reliant on foreign workers than in Italy or Spain, the labor shortage—and the push toward mechanization—has been less urgent.

And in regions that produce high-end, high-price wine, growers doubt that a machine can do the job as well as a human. 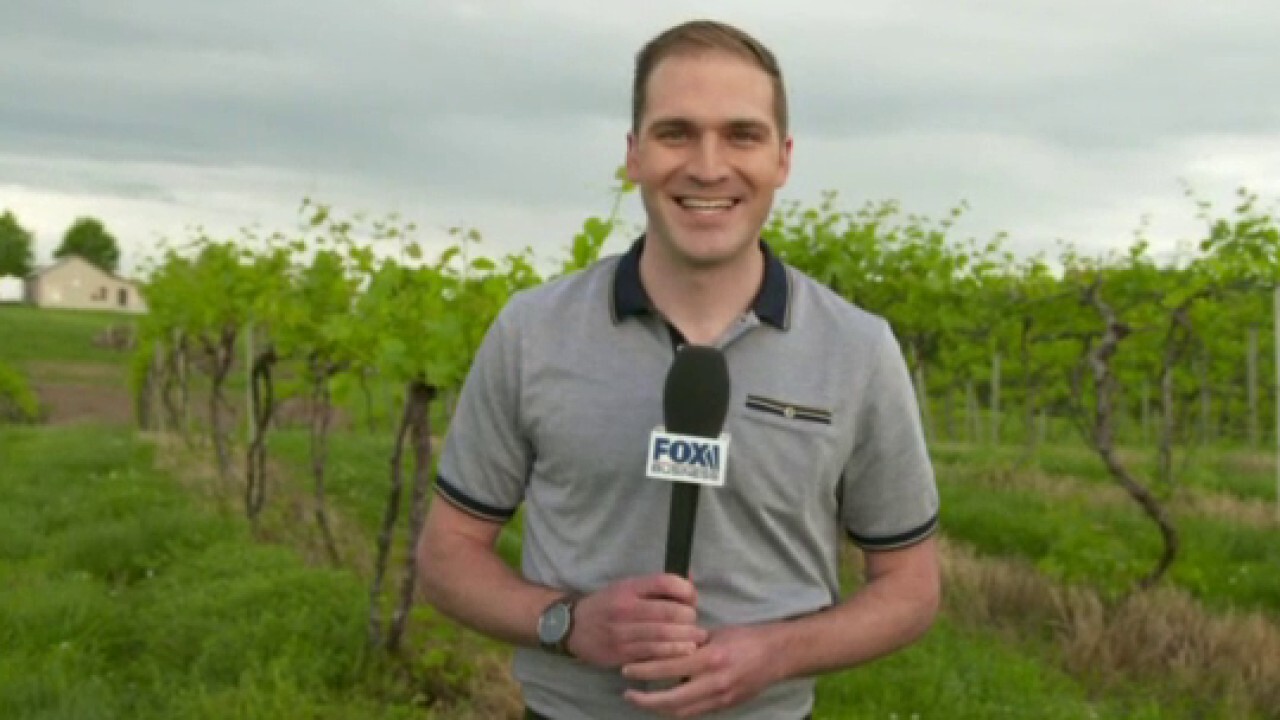 Missouri is on track to become the Napa Valley of the Midwest. FOX Business’ Grady Trimble on the state’s booming wine making industry.

In Burgundy, France, automated harvesters haven’t caught on, according to Thiébault Huber, president of the Confédération des Appellations et des Vignerons de Bourgogne, a winemakers trade group, in part because of farmers’ skepticism about the quality of the grapes they pick.

Machine harvest is banned in Champagne under laws designed to maintain the handpicking tradition.

"The whole cluster of grapes has to arrive to the press intact, without any damage," said Philippe Wibrotte, a spokesman for Comité Champagne, a trade group for makers of the region’s eponymous product. "There’s no machine that can harvest without damaging the grapes," he said.

In Valdelsa, a region between Siena and Florence known for producing Chianti, vintners say the machines do at least as good a job harvesting as humans.

Mr. Baragli hires a neighbor with a harvesting machine to pick most of his 12 hectares of grapes, an increasingly common practice in the region. But he still does part of the vineyard by hand.

Last week, he and several family members worked their way through the remaining unpicked vines. They snipped off bunches of grapes at the stem and tossed them into buckets. Each row took about 30 minutes for the half-dozen workers.

It was a throwback to when the harvest was a communal rite in Tuscany—when family and friends would gather to pick grapes and students would help out to make extra money—before the industry steadily came to rely on foreign workers over the past two decades.

"I would miss it," Ilaria Baragli, Mr. Baragli’s daughter, said of hand picking, if her father went to entirely machine harvest. "But I’m also open to new technology."

At Mr. Cappelli’s vineyard, a few miles away, Mr. Cappelli was hitching his new machine to the back of his tractor. Clanking and humming, the harvester shook the row of vines, sucking up the fruit that fell as a result. Each row was done in about three minutes, leaving behind stems that were devoid of fruit, except a few small, underripe grapes.

Mr. Cappelli and his father finished the harvest in about 10 days, he said, compared with about 18 days with handpickers, and he was spared the headache of finding workers.

"These modern machines do a great job—sometimes even better than workers," he said. "Especially in terms of cleaning the grapes and getting rid of the stems."

For some farmers, the pandemic has left them little choice but to embrace automation.

Jaume Solé, a farmer in Catalonia, Spain, who grows grapes to make cava, had relied in recent years largely on Senegalese workers for the harvest. But last year, there was nowhere for workers to stay in his small mountain village that met Covid-19 regulations. He would have hired a company with a machine to do the harvest, but the nearest one was 20 kilometers away, too far to bring a harvester on mountain roads.

Last winter he bought his own machine, a 30-year-old model that was one of the first automated harvesters, for €45,000. For his farm of 25 hectares, it was all he could afford, and will take him at least five years to pay off. But he felt he had no choice.

"It was better not to buy a very expensive one, with this uncertain economic situation," Mr. Solé said, referring to the pandemic. "It is old, but it works."