How much do you pay for your mobile phone contract – a lot or a little? Do you wish there was more price competition in a market dominated by three big companies, Telstra, Optus and Vodafone?

The Australian Competition and Consumer Commission has been stymied in its efforts to make that possibility more likely. 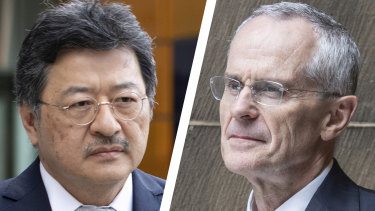 Last year the competition commission blocked a plan for Vodafone (one of the world’s biggest mobile phone companies) to "merge" with TPG (a mainly fixed-line phone and internet service provider) on the grounds that it could substantially lessen competition in the mobiles market.

Earlier this month the Federal Court overturned the commission’s ruling and allowed the merger to proceed – to much cheering from big business, which loves seeing the interfering competition regulator get a poke in the eye.

But phone users have nothing to cheer about. A chance to get more effective competition in the mobile phone market has been lost. Any threat of disruption to the comfortable life of the three-firm oligopoly – which already controls almost 90 per cent of the market – has been removed.

The competition commission thought the merger would do little to increase competition in the mobiles market, whereas allowing the smallest of the big-three oligopolists to take out the one outsider that could have threatened their cosy oligopoly – TPG – made it unlikely their cosy arrangement would ever be disrupted.

It thought this because, under the leadership of its swashbuckling chairman, David Teoh, TPG had turned itself into a company big enough to challenge Telstra and Optus in the internet provider market by acquiring various smaller providers and offering more competitive prices. And it had already spent $1.26 billion preparing to build a mobile network, before the government refused to let it partner with the Chinese-owned leader in 5G technology, Huawei.

Were the merger to be prevented, the commission believed, there was a good chance that TPG, with its record as a disrupter of markets, would revert to its plan to break into the mobile market, and do so by undercutting the incumbents’ prices.

The court rejected the competition regulator’s argument, primarily because it accepted Teoh’s assurance that he’d abandoned his plan to break into the mobiles market and wouldn’t return to it.

The court ruled that “it is not necessarily the number of competitors that are in the relevant market, but the quality of the competition that must be assessed. Further, it is not for the ACCC or this court to engineer a competitive outcome”.

Sorry, your honour, not sure what you mean. It’s certainly true that assessing the competitiveness of an oligopolistic market is more complicated than counting the number of dominant firms. The complexity comes in assessing the nature of the competition.

But what does it mean to “engineer” a competitive outcome? If it means the competition regulator and the court can’t do anything that would increase the likelihood of an industry being disrupted by a new and aggressive entrant, it’s telling us the law is biased in favour of maintaining the status quo and thus protecting the comfortable lives of the incumbents.

Does it mean the only views the authorities may hold about how the future may unfold for the industry must come from what the companies seeking permission to merge say about their intentions, not from the evidence economists have gathered about how oligopolists seek to compete in ways that maximise their profits and limit the benefit to their customers?

One of the main ways the rich countries have become rich is by firms’ continuous pursuit of economies of scale. The inevitable consequence, however, is that most of our markets have become dominated by a small number of huge firms with considerable power to influence the prices charged – especially if they reach an unspoken agreement to avoid competing on price.

The big question for public policy is how to ensure the gains from scale economies flow through to customers in lower prices and better service, rather than being retained as “super profit” in excess of the “normal profit” needed to cover the firm’s cost of capital and the risks it’s run. This is why economists have built up a great body of empirical knowledge about how oligopolists behave.

The court found that increasing the number of big players in the mobiles market from three to four (should the merger be blocked and TPG resume its plan to enter the market) would do little to increase competition, whereas allowing Vodafone to buy out the potential entrant and so become closer in size to its two rivals would improve competition.

Sorry, both conclusions run contrary to what the empirical evidence tells us was likely to happen. Remember, the chief tactic the world's digital megafirms have used to protect their pricing power is buying out small outfits looking like they could become a disruptor.

US growth unchanged at 2.1% in fourth quarter

What is a national service program?