Jim Curran in Malvern, Pa., lost his job in March and got permission to pause his mortgage payments, freeing up thousands of dollars a month, with no damage to his credit score.

Patricia Orndorf in St. Louis Park, Minn., also lost her job in March. Her bank let her temporarily skip her credit-card bill, which had a minimum monthly payment of roughly $100, through July. But interest still piled up, and late fees for August, September and October added to her balance.

The federal government helped millions of Americans through the early months of the pandemic by allowing them to defer payments, with little negative effect, on mortgages and student loans, two markets in which it holds huge sway. But the government's reach doesn't extend to credit-card lending, auto loans or personal loans, and borrowers with those forms of debt ended up with much less relief.

As a consequence, federal debt relief has been of greater benefit to homeowners and college graduates, many of whom entered the recession in relatively good financial shape. Lower-income workers, who are more likely to rent and to not have a college degree, saw less benefit. Other programs, including expanded unemployment insurance, were more helpful for lower-income workers. 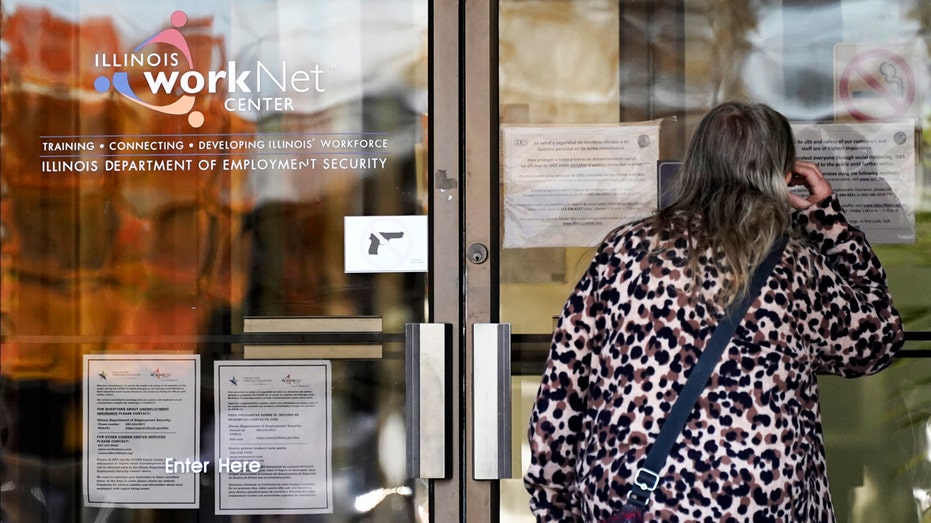 US ECONOMY SPRINTS TOWARD NORMAL IN 2021 BUT WITH COROANVIRUS SCARS

The deferral programs, unprecedented in scale, are credited with keeping the economy temporarily afloat. But the divergence in how the programs are playing out reflects that the tools used to restart an economy are usually blunt, and can have unexpected effects.

Deferral programs for pausing mortgage or student-loan payments were set out by the Cares Act, the $2 trillion stimulus program passed in March, and shaped by further government involvement. That made them easier to get and more generous and flexible. For example, mortgage servicers were told to let borrowers pause payments for up to a year if their loans were government-backed, and there are rules to protect borrowers from being forced to make up all the missed payments at once. Deferrals on federal student loans are granted automatically, with no interest accruing, through Dec. 31.

Deferral programs for credit cards, auto loans and personal loans, meanwhile, were left to lenders and often decided case by case. Many lenders granted customers two to three months of relief before requiring them to start paying again. Some are asking borrowers to pay back their skipped payments in a lump sum.

Already this recession has been hardest on lower-income workers, since jobs like barista, waiter and housekeeper are hard to perform in a pandemic. 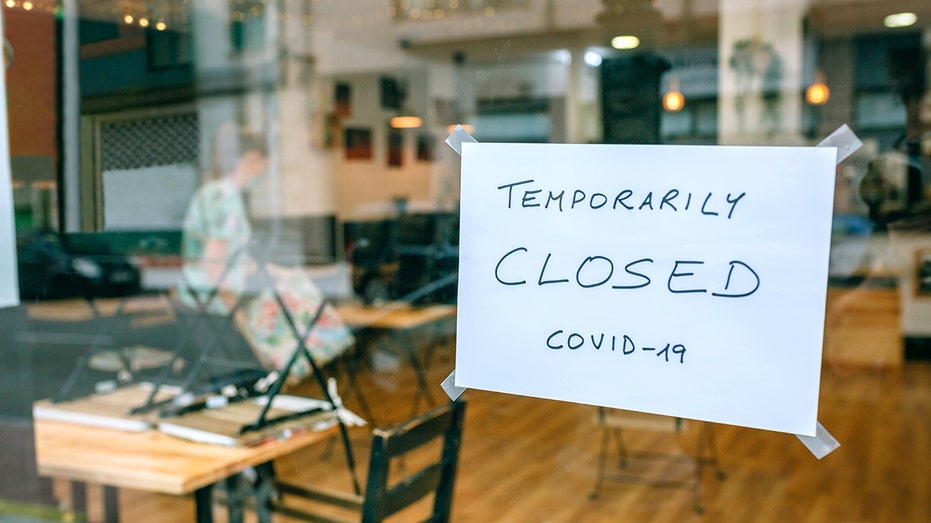 Already this recession has been hardest on lower-income workers, since jobs like barista, waiter and housekeeper are hard to perform in a pandemic. (iStock)

Homeowners, who can take advantage of the mortgage-relief programs, generally already have stronger finances. (The median family net worth of homeowners was $255,000 in 2019, according to the Federal Reserve, compared with $6,300 for renters.) And those with student loans tend to have college degrees, which usually equals higher earnings power.

The Federal Reserve Bank of New York found that most Americans didn't qualify for help under the mortgage and student-loan programs in the Cares Act. About 63% of borrowers have neither student-loan nor mortgage debt, according to the New York Fed. Instead, they carry debt like credit cards and auto loans.

About 72% of borrowers in low-income areas have neither mortgage nor student debt, according to the New York Fed.

WHEN TO DONATE REWARDS TO CHARITY AND WHEN TO GIVE CASH

Consumers in high-income and majority-white neighborhoods were more likely to benefit from Cares Act mortgage relief, the New York Fed said. Residents of these areas are more likely to have a mortgage and higher monthly payments.

"If you try to deliver relief to households by forbearing mortgage payments, you're going to disproportionately be targeting households that have higher incomes and are white households," said Andrew Haughwout, a senior vice president at the New York Fed.

More than 100 million consumer loans were in deferral or some other type of relief by May, according to credit-reporting firm TransUnion. That number has been falling as people exit the programs, voluntarily or otherwise.

Banks say most credit-card customers who signed up for deferrals were making payments again when they exited the assistance programs. Card issuers Capital One Financial Corp. and Discover Financial Services said 12% of card accounts and some 25% of card balances, respectively, that exited deferment were behind as of September. Synchrony Financial said that some 34% of accounts that were in deferment or had exited didn't make a payment in September. 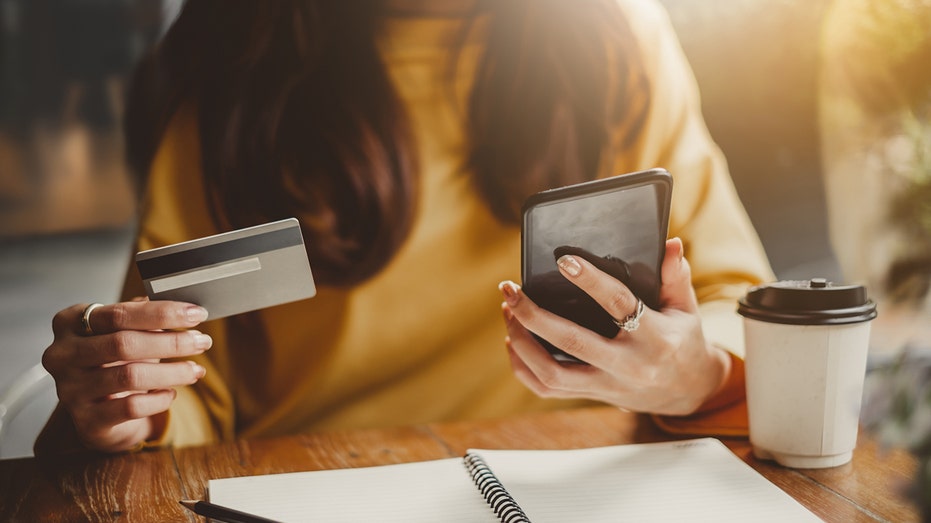 Banks say most credit-card customers who signed up for deferrals were making payments again when they exited the assistance programs. (iStock)

Still, that amounts to hundreds of thousands of people, at least, who can't make their payments, and the timing couldn't be worse. Many are about to exhaust their unemployment benefits, and jobless claims have risen sharply in recent weeks as coronavirus cases increased.

Mr. Curran, the Pennsylvania man, asked both his mortgage lenders — Wells Fargo & Co. and Citadel Credit Union — if he could pause his payments after he lost his job as chief revenue officer at a software startup. The lenders granted him forbearances of three months.

About six weeks in, he landed a job as a manager at a local logistics company. He soon began making payments again and dipped into his savings to pay off the missed payments to Wells Fargo, more than $7,000 total, by September.

The Cares Act requires mortgage companies to report borrowers as current even when they are in forbearance, which protected Mr. Curran's credit score. This fall, he refinanced into a much-lower rate that trimmed his payments to $2,200.

Mr. Curran, 51 years old, plans to use the savings for his retirement accounts and the college funds of his two high-school-age children.

The forbearances, he said, gave him a break "to reset and figure out how to keep the cash flow going without having to dive into all the savings or break into retirement stuff." 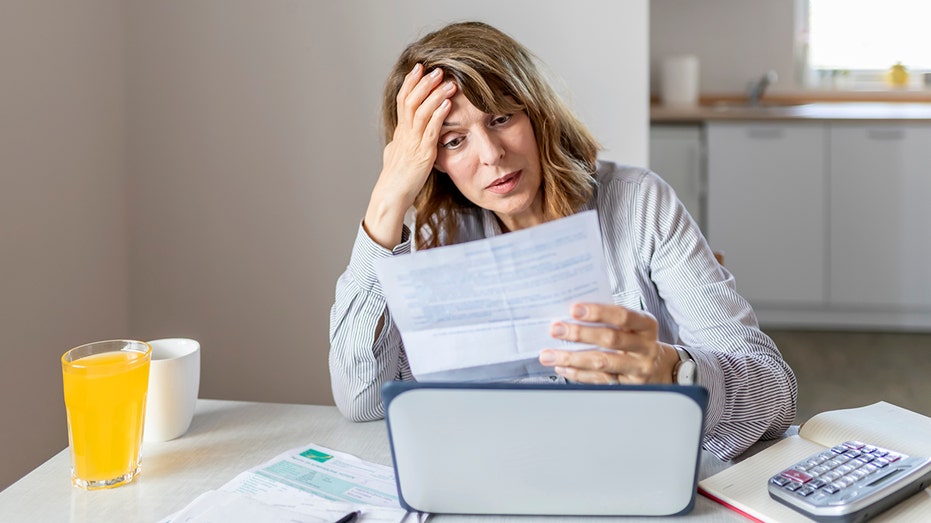 The federal government helped millions of Americans through the early months of the pandemic by allowing them to defer payments, with little negative effect, on mortgages and student loans. (iStock)

Ms. Orndorf, the Minnesota woman, started a new job in accounts receivable for an upholstery wholesaler in February. She hoped it would help her get her finances in order. Ms. Orndorf, 54, had spent years caring full time for her mother, and she owed about $30,000 in credit card, auto and student debt.

Instead, Ms. Orndorf got sick — she believes she had the coronavirus — and lost her new job the next month.

Her student loans were already in deferral before the pandemic. BMO Harris Bank paused her auto loan in April.

Her largest credit-card balance, roughly $3,500, was with Synchrony. The bank paused her payments through July, then told her she had to start paying roughly $100 a month. Ms. Orndorf couldn't afford that and missed three payments. Her credit score fell from about 730 to 620. Her balance grew to about $3,950 from interest charges and late fees.

A Synchrony spokeswoman said the bank "is committed to being sympathetic to customers' circumstances regarding the pandemic health crisis." The company ended its pandemic-relief program in October but continues to provide several forms of assistance, she said.

Ms. Orndorf is still out of work. To help pay her $1,059 monthly rent, Ms. Orndorf dipped into her Roth IRA. She also made and sold masks. BMO Harris is letting her make a half-payment on her auto loan each month, for now.

In October, after months of trying, Ms. Orndorf received unemployment benefits. She called Synchrony to offer to make a payment and was told her card had been shut down.

Ms. Orndorf accepted a settlement that will forgive about 40% of her balance if she makes three monthly payments of $790. She plans to use her unemployment benefits to pay.

U.S. Import Prices Jump 0.9% In August, Much More Than Expected

Latest Posts
Tom Brokaw Says He’s Retiring From NBC News After 55 Years
Oil prices slide as Biden issues coronavirus warning
Critics slam The Hollywood Reporter for suggesting Oscar-winning 'Parasite' has ushered in 'odd' films
Christmas on the UK high street: where did shoppers spend their money?
Parler sues Amazon in response to being deplatformed
Recent Posts
This website uses cookies to improve your user experience and to provide you with advertisements that are relevant to your interests. By continuing to browse the site you are agreeing to our use of cookies.Ok