It's important to look what's inside the tin when you can't trust what's on the label.

Some of the worst examples of mislabelling are among ethical investment options of super funds. 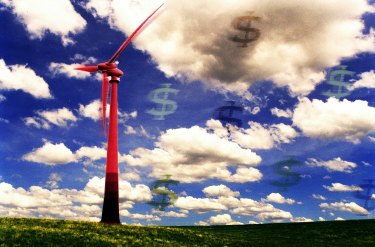 Regulators should look into whether super funds are naming their ethical investment options in ways that can be misleadingCredit:afr

As has been reported in the SMH and The Age, there are mismatches between how super funds say they are managing the money in ethical options – including names that are potentially misleading – and how the money is actually invested.

Although regulators are taking a greater interest in super funds and their disclosures and much more information is now available to fund members than a few years ago, there are no rules about the names of investment options.

This first came to light during the Global Financial Crisis (GFC), more than 10 years ago.

Many funds had investment options labelled as "enhanced cash" or "cash plus" and many fund members who were in these options were surprised, to say the least, when their account balances went down substantially during the GFC.

It turned out that some of these options had exposure to shares and other riskier assets. In the years prior to the GFC, these "cash" options were going gangbusters, producing returns well in excess of what normally would have been expected from cash.

The regulators moved in and funds returned to having "pure" cash options.

However, it was a salient reminder of how important it is to know about the risk verses reward trade-off of each investment, rather than being influenced by the name of the option.

Thankfully, that's a lot easier to ascertain now, as funds show the expected number of years of negative returns out of 20 in their disclosure documentation.

Last week, the US Securities and Exchange Commission (US SEC) called for public comment on how to make sure that funds are named so that they accurately reflect how their money is managed.

The US regulator appears to be taking aim at misleading labels on all types of funds, including those that say they invest ethically.

It is party a response to concerns that there are funds marketing themselves as ethical funds that do not invest as ethically as their names suggest.

Laws in the United States requiring funds with a name suggesting they focus on a particular kind of investment – such a "bonds" or "stocks" – must invest at least 80 per cent of their assets invested accordingly.

The US regulator notes that more funds are employing terms such as "environmental, social and governance-oriented assessments" and the regulator is seeking public comment on whether the "80 per cent rule" – which has been in place since 2001 – should be updated.

Our regulators also need to look at this issue.

We are seeing more super funds using ethical screens across their investment options, as they seek to show that they are acting on climate change, as well other environmental and social issues.

However, that is not to be confused with mandating how a fund invests. What is ethical to one super fund member will be different for another.

Ethical investing is no longer on the fringes but is becoming mainstream and super fund members expect the name of their fund to be reflective of how their retirement savings are actually invested.

Latest Posts
Financial aid might fall short for these college students next year. Here’s why
Watch RBG's personal trainer pay tribute to the late Supreme Court justice by doing push-ups during her memorial service at the Capitol
Rep. Ann Kirkpatrick looks to defend her seat against Brandon Martin in Arizona's 2nd Congressional District
Dr. Scott Atlas accuses media of spreading 'partial truths' about coronavirus: 'It's very damaging'
The US military is quietly killing terrorist leaders in Syria with its secret missile packed with swords
Recent Posts
This website uses cookies to improve your user experience and to provide you with advertisements that are relevant to your interests. By continuing to browse the site you are agreeing to our use of cookies.Ok