In September 2017, Arif Naqvi was speaking in New York, trying to raise billions for a new fund.

As the head of private equity firm The Abraaj Group, Naqvi was a pioneer in the field of impact investing, which sought to make money for investors while doing good for the world. He spent the week rubbing shoulders with some of the world’s richest and most powerful people, including Bill Gates, Bill Clinton, and then-Goldman Sachs CEO Lloyd Blankfein.

But as he sought to impress the world’s movers and shakers, one of his employees was about to bring it all down, write Simon Clark and Will Louch in their new book, "The Key Man: The True Story of How The Global Elite was Duped by a Capitalist Fairy Tale" (Harper Business), out now.

It turned out Naqvi had allegedly taken around $780 million from his funds, $385 million of which remains unaccounted for. He is now facing a potential 291 years in jail. And all because "while Arif was in New York, the employee broke ranks and sent an anonymous e-mail to investors . . . [warning] about years of wrongdoing at Abraaj." It was a bombshell that led to the "largest collapse of a private equity firm in history."

But how did one man spin a story that allowed him to con some of the world’s smartest investors?

Naqvi was born in 1960 in Karachi, Pakistan, where he went to the city’s highly selective grammar school. He later attended the London School of Economics.

In 2003, he established Abraaj after raising $118 million, much of it from "Middle Eastern governments, royals, and traders," and announced his intention to invest in ways that would help conquer global poverty.

In April 2010, he was invited by President Barack Obama, along with 250 other Muslim business leaders, to a Presidential Summit on Entrepreneurship. There, Naqvi gave a speech about the importance of impact investing and how a billion children would need training and jobs in the coming decades.

"It can only happen," Naqvi told the gathering, "through entrepreneurship."

Naqvi did put his money where his mouth was — to a point.

After taking control of his local electric company, Karachi Electric, in 2008, Naqvi made the electricity more reliable and the company profitable. But he also reduced the workforce by 6,000 employees, leading to riots.

Meanwhile, he distracted the West with massive charitable grants.

"Arif gave millions of dollars to universities around the world, including Johns Hopkins University in the United States, and the London School of Economics, which named a professorship after Abraaj," the authors write. "Following in the footsteps of billionaire philanthropists like Bill and Melinda Gates, Arif started a $100 million charitable organization called the Aman Foundation to improve health care and education in Pakistan."

But Naqvi also enjoyed the high life, flying around on "a private Gulfstream jet with a personalized tail number — M-ABRJ — and sailed on yachts to meet new investors who could help increase his fortune."

By 2007, Naqvi had moved into "a palatial new mansion in Dubai’s luxurious, gated Emirates Hills district . . . known as the Beverly Hills of Dubai."

He was a regular at Davos and similar conferences, where he became friendly with the likes of Gates, who was the guest of honor at a dinner at Naqvi’s home in 2012.

"Bill and Arif had much to discuss," the authors write. "They agreed that their charitable foundations would work together on a family planning program in Pakistan. Arif seemed to be precisely who Bill was looking for. He was wealthy and concerned for the poor."

Naqvi was granted a $100 million investment from the Gates Foundation to supposedly invest in hospitals and clinics in emerging markets. This investment, in the new Abraaj Growth Markets Health Fund, helped Naqvi attract $900 million more from other investors. 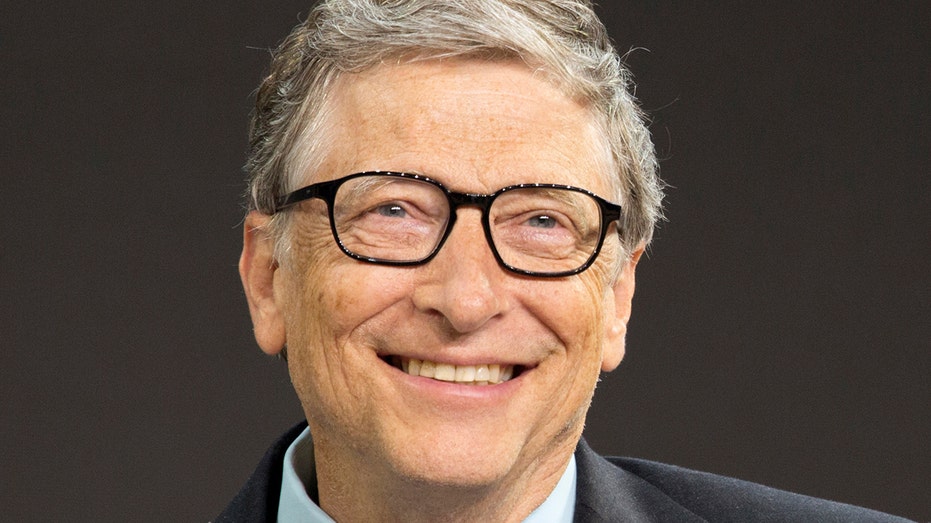 "This is a significant co-investment partnership," Gates said about the deal. "It is also an example of the kind of smart partnerships that hold huge promise for the future."

In reality, Naqvi had already started misusing the money with a "secretive treasury department" that not even most of his employees knew about, the authors write.

"Abraaj was really made up of a tangled web of more than three hundred companies based mostly in tax havens around the world."

Required by regulators to keep millions of dollars in a bank account for emergencies, the account was usually close to empty, the authors write.

"Just before the end of each quarter, when Abraaj Capital had to report to the regulator, Arif and his colleagues moved money into the account to make it seem like it contained the required amount. A few days [later], they emptied the account again."

Abraaj’s employees also frequently raided one fund to pay dividends on others in "a crude kind of fraud known as a Ponzi scheme," the authors write.

On Jan. 9, 2014 — around the time Naqvi served alongside Richard Branson as the headline attractions at an Oxford forum on social entrepreneurship — a manager in his finance department wrote to him that "we will have a deficit of $100 million by January 15th."

Naqvi "had to choose between telling investors and lenders the truth, and pretending everything was going according to plan. He chose the path of deception," the authors write.

In 2015, Naqvi "paid himself $53.75 million" and also "kept $154 million of the proceeds of [a] share sale to spend as he saw fit and deprived his investors of their gain," the authors write.

Not long after, a fund manager at the Gates Foundation, Andrew Farnum, started to get suspicious. Despite The Abraaj Group showing no movement on previous investments, the organization was still asking for hundreds of millions of dollars in additional investment from Gates.

In September 2017, Farnum wrote an e-mail asking for the location of Gates’ current funds and how they were invested, as well as a schedule of upcoming investments.

"Andrew’s tone was polite, but the implications of his questions were ominous," the authors write. "He was asking Abraaj to prove it wasn’t misusing the money of one of the world’s richest men."

One week later, the anonymous Abraaj employee sent the incriminating e-mail to the fund’s investors, revealing the organization’s shady dealings.

"Do your due diligence properly and ask the right questions. You will be amazed at what you discover," the e-mail read.

Immediately, the walls caved in.

"The investors no longer trusted Abraaj and wanted their money back. The trouble was, Abraaj didn’t have it," the authors write.

The Gates Foundation hired a forensic accounting team to investigate Abraaj’s books. Throughout all this, Naqvi was still meeting with potential investors, trying to raise $6 billion for a new fund.

Around this time, Naqvi appeared in a televised debate on global health care at Davos with Gates.

"Bill shifted uncomfortably in his seat and pursed his lips," the authors write. "Whenever Arif attempted to make eye contact or engage him in conversation, Bill looked the other way."

In October 2018, the authors published an article exposing Abraaj’s alleged misdeeds in The Wall Street Journal.

"At least $660 million of investors’ money was moved without their knowledge into Abraaj’s hidden bank accounts," the authors reported. "Then more than $200 million had flowed from these accounts to Arif and people close to him."

Finally, U.S. prosecutors accused Naqvi of running a criminal organization. On April 10, 2019, he was arrested at London’s Heathrow Airporis extrat. His extradition has been ordered so he can stand trial in New York for fraud.

Despite the paper trail, Naqvi has "maintained his innocence" as he remains under house arrest in London while awaiting a decision on his appeal. His company’s name has been removed from the professorship at the LSE.

In the meantime, his shocking story serves as a cautionary tale to wealthy — but gullible — investors seeking to address world poverty.

Poor people, the authors write, would have "benefited more if Arif had carried his millions to the top of a tall building in Karachi and thrown them into the sky, letting the wind scatter dollar bills across the city."

Caught between BT and Openreach over our cut telephone line