A continuing exodus of financial advisers from the industry is leaving some lower-value clients "orphaned" without guidance, or shunted off to automated online investing, or "robo advice."

A report by Adviser Ratings shows a 15 per cent decline in the number of financial advisers last year to about 23,000.  That includes accountants and stockbrokers who are licensed to give financial advice – but the vast majority are regular advisers. 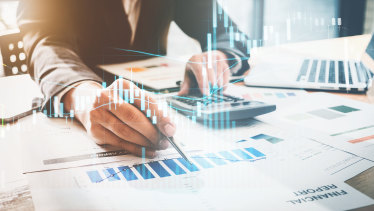 The decline in financial planner numbers comes at a time when demand for high-quality advice has never been higher.

Adviser Ratings expects the number of advisers to slump another 36 per cent to less than 15,000 over the next five years

"This inexorable across-the-board decline is being driven by … major banks exiting wealth, removal or reduction of commissions, higher educational standards and the challenges for many to restructure their advice businesses to remain profitable in this new 'professional' environment," says the Adviser Musical Chairs Report.

The decline in planner numbers comes at a time when demand for high-quality advice has never been higher, as the last of the Baby Boomers move into retirement and financial literacy remains relatively low.

Adviser Ratings surveyed more than 20,000 consumers who have received or are receiving advice, with 44 per cent reporting that their financial literacy was "average," or worse.

Advisers have been leaving the major institutions in droves. While many have left the industry, others have switched to smaller firms.

The big six – the four major banks, AMP and IOOF – now represent just 24.5 per cent of the total number of advisers, with the balance employed or aligned to the smaller institutions. 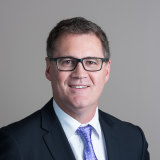 Mark Hoven, the chief executive of Adviser Ratings, said financial adviser numbers could fall to only 15,000 over the next five years

Mark Hoven, chief executive at Adviser Ratings, says smaller firms are likely to become more selective about new clients, or those they elect to retain, with a greater inclination to service the upper end – those with considerable assets – while "orphaning" clients who are not as profitable.

It seems likely that will leave many people with relatively modest retirement savings looking for other ways to access advice.

One of those is likely to be super funds – particularly non-for-profit funds – who have been growing their advice arms and partnerships with independent advice firms as they seek to retain members when they retire.

Super funds are allowed to give "intra-fund" advice over the phone, which is factual advice limited to a fund's products.

A fund member requiring personal advice will be asked if they want to make an appointment with one of the planners employed by, or aligned with, the fund.

Mr Hoven said that although it is still only in its relative early stages, he expects advice firms will eventually offer automated personal finance tools as a way to retain their less-profitable clients.

That way, the firm stays in contact with a client, with the potential to bring them back into the fold as they seek more comprehensive advice at a later date, Mr Hoven says.

Either way, it's important for those who receive advice that they realise they are in control; they can decide whether or not they want to go along with whatever plans their adviser has for them.

Mnuchin says White House working to send $1,000 checks to most Americans within 3 weeks