In an October, 2019 column, you answered the question: “Am I entitled to contribute up to $100,000 as a non-concessional component, or just the difference between $1.6 million and your total super benefits (TSB) at June 30”. I have put this question to the superannuation section of the Australian Taxation Office on three separate occasions and spoke to three difference people. The ATO response was always the same i.e. even though your TSB may be below $1.6 million at the previous June 30, the amount of any additional contribution must not take the TSB above $1.6 million, or the excess will be subject to tax etc. I notice also the wording on the ATO website re TSBs has also been recently revised and no longer states the contributor as being “eligible for a non-concessional cap of $100,000” to, “eligible for a cap above zero". I have noticed other financial advisors on the radio also say that a $100,000 non-concessional cap would be allowed. So the problem is probably widespread and likely to create a lot of unnecessary angst and maybe even tax penalties. G.S.

You worried me for a while there but I checked with the ATO and a spokesperson confirmed there has been no change to the law, nor the ATO’s interpretation. The spokesperson also said that its call centre personnel stick to the same rule book. 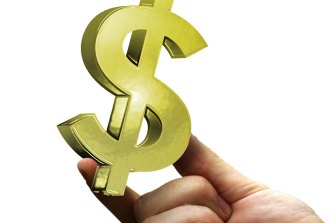 Just to clarify those rules. A person aged under 65, or between 65 and 74 and able to meet the “40 hours within 30 days” work test, can contribute to super.

Firstly, they can make a $25,000 tax deductible or “concessional” (because there is a concessional rate of tax of just 15 per cent) contribution into a super fund in 2019-20. Don’t forget this also includes an employer’s contribution, usually 9.5 per cent of gross salary but sometimes higher.

Since 2018-19, you can carry forward unused deductible contributions, which can come in handy if you have just sold a property and have a whopping Capital Gains Tax liability.

There can be a trap here if you are not careful.

However, by June 30, 2020, your super fund, despite not having had a terribly good year following five months of floods in the eastern states, has managed to crawl up to $1.61 million by June 30, 2020. Your freedom to make that $100,000 non-concessional has disappeared.

The lesson is that, if your benefits are near the $1.4 million to $1.6 million range – and don’t we all wish they were – your "bring forward" choices can change from June to June.

How do you defer the tax liability after selling one investment property with capital gains being $220,000, and place the money into another property? Does all money have to go into the new property or can you keep some out to use now? How do I pay when I sell the new property, e.g. $220,000 plus $360,000 = $580,000 capital gains on the new property when sold? Half to be put into the tax return for that year when the final property is sold? R.S.

If you are thinking of a recent comment in this column about deferring CGT when a property was sold, it was only mentioned in the context that the sale might have been classified as an involuntary disposal where a property may be lost, destroyed or compulsorily acquired.

If you are simply selling a property and reinvesting in another there are only limited opportunities to defer CGT. For example, where a strata title is converted, or a person, or a partnership or a trustee, transfer an asset to a wholly owned company, or related companies transfer an asset between them.

More generally, CGT can be deferred where a small business restructures or replaces an asset, or there is a relationship breakdown, or a scrip-for-scrip takeover or a demerger.

Even if you think you have a case to defer CGT, don’t buy another property without confirming your belief with a tax accountant.