China’s zero-COVID strategy is at risk of derailing the global economy and driving up inflation, the former Bank of England governor Mark Carney has warned amid fears of mass factory closures in the run-up to Christmas.

Mr Carney urged China to reconsider its approach to COVID after a handful of cases triggered the shutdown of entire cities and pushed the world’s second biggest economy towards recession. 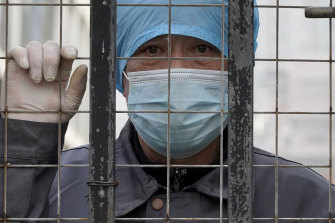 China has been urged to reconsider its approach to COVID after a handful of cases triggered the shutdown of entire cities and pushed the world’s second biggest economy towards recession.Credit:AP

He told an LBC podcast that China will have to “evolve or pivot” towards managing the disease through vaccinations and added: “There are real economic consequences of a hard, zero COVID policy that is maintained.”

Mark Williams, head of Asia at Capital Economics, said China was at risk of a technical recession after the summer shutdowns wiped an estimated 5 per cent off its economy from July to September.

Mr Carney, who is now the United Nations’ climate change envoy, said that a failure to change course would have serious global consequences given China’s role as the world’s workshop and biggest exporter of goods.

He added: “If they don’t, if that’s substantially delayed, then we will continue to have a series of disruptions in terms of supply chains and those frictions and those inflationary pressures that come from it.”

China proved adept at combating the first wave of COVID when the disease emerged in Wuhan at the end of 2019, imposing severe restrictions that halted mass outbreaks within its borders as the US and Europe were overwhelmed by infections. Britain and other major economies have since used mass vaccination programmes to reopen their economies despite the disease continuing to spread. But although China has reportedly administered enough jabs to fully cover 84 per cent of the country’s population, it is still taking a zero-tolerance approach to coronavirus.

Three Chinese cities with a population of 6 million were locked down at the end of last month and individual workplaces, housing blocks and schools elsewhere in the country were also shut.

Despite these heavy restrictions, the virus has now been detected in 20 provinces. Parts of Beijing were forced into lockdown even as a key Communist Party meeting in the capital consolidated the authority of Xi Jinping.

China caused chaos in global supply chains in August by partially closing a major port for a fortnight after a single worker tested positive for the Delta variant, and it is feared similar measures will be taken again in coming months. 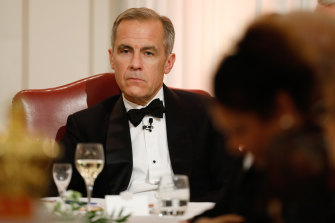 Former Bank of England chief Mark Carney has urged China to reconsider its approach to COVID after a handful of cases triggered the shutdown of entire cities and pushed the world’s second biggest economy towards recession.Credit:Bloomberg

The country’s leadership is desperate to get a grip on the outbreak ahead of February’s Winter Olympics in Beijing through the zero-COVID approach, but Mr Carney stressed the “very disruptive” impact of the extreme measures.

He said: “What we’ve seen in the UK and other countries is a greater ability to live with COVID.

“China and others will have to evolve or pivot, depending on how you put it, towards managing COVID, helped by vaccinations, helped by boosters, potentially helped by improvements in therapeutics, which we’re starting to see, in order to manage it.”

The threat of more drawn out disruption is likely to increase the pressure on the Bank of England to raise interest raises. The Bank forecasts inflation will peak at 5 per cent next year, the highest since 2011.

Craig Botham, chief China economist at Pantheon Macroeconomics, said: “If you come down so hard on an outbreak, then it keeps hitting activity, and it’s very hard for businesses to predict and adapt to that.”

With 7.45 lakh followers, RBI most popular among central banks on Twitter