Get all the latest news on coronavirus and more delivered daily to your inbox. Sign up here.

Much like the rest of the U.S. economy, charities are suffering from the coronavirus pandemic.

Without the ability to hold fundraisers and other events, many organizations are seeing a decline in revenue, which could hinder their ability to offer services that people need now more than ever.

“Our research has shown that about 80 percent of nonprofits have fewer than three months of cash in the bank,” Jacob Harold, the president and CEO of Guidestar told FOX Business’ Gerri Willis. “So if this crisis lasts a whole lot longer, we're sure to lose at least some nonprofit organizations.”

HOW CHURCHES ARE SURVIVING CORONAVIRUS DURING EASTER

Earlier this month, Charity Navigator and Reuters conducted a study on the impact of the coronavirus and the ensuing economic shutdown on nonprofits.

The study also reported that 64 percent of respondents had to cut back on programs, but 50 percent said they have seen an increase in demand for programs “due to the pandemic/economic shutdown.”

Before President Trump signed the CARES Act last month, a group of more than 100 nonprofits asked for $60 billion to be set aside specifically for the sector, according to a report from The Wall Street Journal.

The relief package didn’t end up including anything for nonprofits, though some organizations can apply for federal loans, The Journal reported.

‘We have seen a significant decline in revenue so far, mostly because we had a gala event scheduled for May and that event has now been postponed,” Linda Tantawi, the CEO of Komen Greater New York City said.

According to The Journal, Habitat for Humanity had to close its home-goods stores — which brings in about $500 million every year — and could be forced to close some of its 1,200 chapters.

Meanwhile, the YMCA — which has 2,600 locations — expected it will lose $400 million in April, The Journal reported.

Dale Bannon, the secretary of development for the Salvation Army, told Gerri Willis that the organization has had to get creative with its fundraising.

“The Salvation Army typically has spring fundraisers. They're called our annual dinners,” Bannon said. “Some of those fundraisers in local communities raise thousands of dollars to sustain our operations. Most of them have been canceled, obviously, while we have some that might be doing virtual fundraisers.” 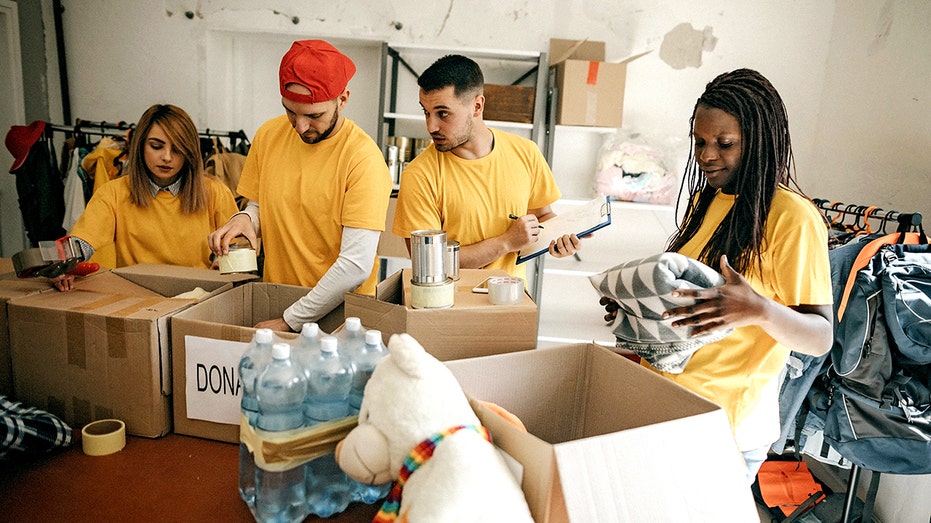 According to a survey by Charity Navigator and Reuters, 83 percent of nonprofit respondents said they are “suffering financially.” (iStock)

Some organizations are also having to lay off workers. According to the Charity Navigator study, 27 percent of respondents said they have laid off staff or are planning to because of the pandemic.

According to The Journal, more than 12 million people work for nonprofits.

HERE’S HOW MUCH MONEY THESE ENVIRONMENTAL ORGANIZATIONS MAKE

Giving hasn’t completely gone by the wayside, but much of it has been focused on the pandemic.

According to nonprofit researcher Candid, $8.3 billion has been given to supporting the coronavirus response.

But other organizations still need funding, even if they aren’t directly responding to the coronavirus.

Typically, Giving Tuesday is right after Thanksgiving. However, because of the “unprecedented need caused by COVID-19,” May 5 will serve as GivingTuesdayNow.

“Nonprofit organizations are banding together to run a GivingTuesdayNow to try and stimulate giving and attention to the nonprofit sector so that we can keep doing the essential work that we do,” Thatcher said. “Give generously. Now is the time to stay true to the nonprofits that you have loved and supported over the years. They need your help.”

3 reasons why you need a dash cam in your car