Association of American Railroads president and CEO Ian Jeffries says 6 out of 12 unions have agreed to the railroad worker contract negotiations.

A fourth rail union has rejected a tentative agreement with the nation's major freight railroads, raising the prospects of a nationwide strike that could kneecap the economy in the middle of the holiday season.

Members of the Transportation Division of the International Association of Sheet Metal, Air, Rail, and Transportation Workers (SMART-TD), representing more than 28,000 workers, issued a split decision in the vote count announced Monday. Yardmasters represented by SMART-TD voted to ratify their contract, but a smaller group of some 1,300 train and engine service members voted against their separate contract.

All 12 unions involved in negotiations must ratify their new agreements to avert a potential work stoppage, which would decimate already fragile supply chains in the middle of the Christmas shopping rush. While eight have already agreed to the deal negotiated by the Presidential Emergency Board (PEB) appointed by President Biden, a strike could happen as early as Dec. 9.

Congress is expected to step in if a deal is not reached between all parties by the deadline, and the group representing the nation's major freight railroads warned Monday that lawmakers need to be poised to do just that.

"Railroads stand ready to reach new deals based upon the PEB framework with our remaining unions, but the window continues to narrow as deadlines rapidly approach," the Association of American Railroads, which represents major carriers including BNSF, CSX, Norfolk Southern and Union Pacific, said in a statement. "Let's be clear, if the remaining unions do not accept an agreement, Congress should be prepared to act and avoid a disastrous $2 billion a day hit to our economy." 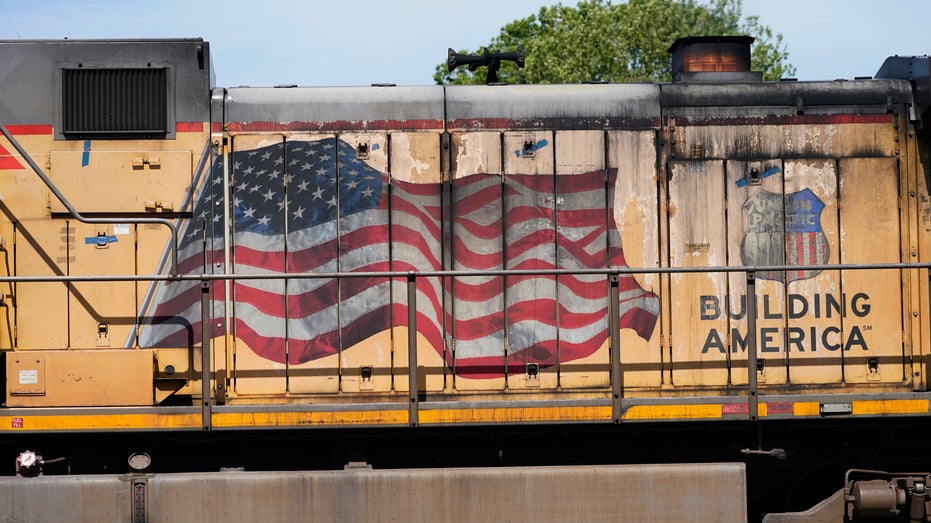 The tentative agreement brokered by the Biden administration in September would provide rail workers a 24% wage increase during the five-year period from 2020 through 2024, with thousands of dollars in sign-on bonuses. But union rail workers opposed to the deal are unhappy that it does not do more to address quality of life issues, particularly a lack of sick time and working on skeleton crews.

Although union representatives signed off on the deal, the rank-and-file members of four unions voted against it and want to hold out to see those quality-of-life issues included. Multiple members told FOX Business they do not want to see Congress get involved because they do not feel it would benefit them.

"The ball is now in the railroads’ court. Let’s see what they do," SMART-TD President Jeremy Ferguson said Monday in announcing his members' vote counts. "They can settle this at the bargaining table. But, the railroad executives who constantly complain about government interference and regularly bad-mouth regulators and Congress now want Congress to do the bargaining for them."

Revealed: Viagogo site offers toolkit that could be used by fraudsters