Slowly – but sooner than you may think – this country, so proud to be a nation of home owners, is turning into a nation of renters.

Perversely, it’s happening because we value home ownership so highly. And we’ve never much worried about what happens to those who don’t make it onto the home owners’ merry-go-round. 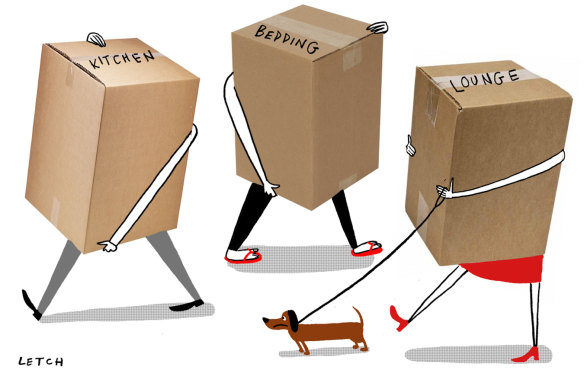 Historically, the reason we want so much to own the home we live in is security of tenure. We don’t want to be beholden to a landlord deciding whether we stay or must go.

We don’t want to live in a place where someone else decides if we can have a pet, whether we can knock a nail into a wall, whether the place needs a coat of paint, or when they’ll get around to fixing the leaky toilet.

That’s always been the chief reason for wanting to own the place you live in. What’s changed is that a second motivation has become more prominent in our minds: homes turn out to be a good investment, a good place to put your savings and watch them grow.

Whereas the value of shares goes up and down with the vagaries of the sharemarket, the price of homes just keeps going up and up. (As we’re seeing now, that’s not quite true, but we still believe it.)

And because home ownership is such a national priority, it comes with many exemptions. When we decided to start taxing capital gains in the mid-1990s, we exempted the family home. And, unlike other assets, the home you own is largely ignored when assessing your eligibility for the age pension.

Any savings I invest in making my principal residence bigger and better won’t be subject to gains tax, as most other investments would.

Actually, homes are such a good investment, why don’t I invest in more than one? I’ll have to pay gains tax when I sell, but this time I’ll get a tax deduction on the mortgage interest I pay.

And naturally, being a home owner with a big investment, I’ll make sure the local council knows how opposed I am to people building those terrible high-rises anywhere near my place.

See what happens? The more benefits we attach to home ownership and the more people want to own a house or three, the more they bid up the price of houses. That makes being on the home owners’ merry-go-round an ever-better investment, but that much harder for others to climb aboard.

The more we favour home owners, the more we disadvantage renters. The more we encourage multiple home owning by those who can afford it – which most rich countries stopped doing long ago – the more unaffordable buying your first home becomes.

But not to worry. I’ll just give my kids a leg up in putting a deposit together. Of course, this just keeps home prices high and makes those kids without well-off parents worse off. Tough.

The other thing it does is more sharply divide Australia by making home ownership something only the well-off can afford.

Why don’t the politicians do something about it? Because that would involve reducing the privileges of existing home owners, who’d fight it all the way, led by real estate agents and developers.

There’s always been a minority of life-long renters but, home ownership being the national obsession it is, we’ve never worried about them. Renters have much greater legal rights in other rich countries than they do here, but that’s never bothered us. Renters, we happily assume, are just youngsters on their way to their first home.

This was never true, but it becomes more untrue as each census passes. In a major speech last week, the Grattan Institute’s Brendan Coates said “home ownership rates are falling fast, especially among the young and poor”.

I wouldn’t like to be in the shoes of the 70-year-old pensioner living in a small town, who told Tenants Victoria she had to work two days a week to afford the ever-increasing rent on a granny flat in an old house.

We can keep ignoring the poor treatment of renters because they’ll soon get a place of their own, or we can take the controversial measures needed to stop housing from becoming ever-more unaffordable.

But even if we put through all the necessary changes tomorrow, we’d still end up with many more people spending most of their life as a tenant. Time we cared about renters.

The Opinion newsletter is a weekly wrap of views that will challenge, champion and inform your own. Sign up here.