I’ve been urging Australians to claim their share of more than $5 billion of ‘Royal Commission refunds’ for the past two years, but only recently did I learn that my own late grandmother was a victim.

The ironically named “CBA Financial Wisdom” charged her about $8000 in financial advice fees and provided no advice or service in return. By the time the bank got around to contacting her estate to repay the fees, there was also about $11,000 in interest owing. 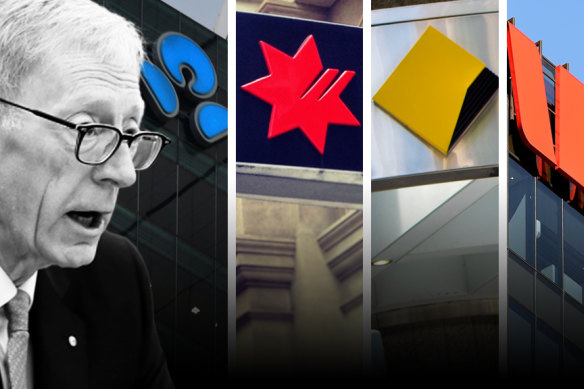 Kenneth Hayne made 76 recommendations for sweeping reforms across the financial services industry.Credit:

We now know it was common practice to charge annual financial advice “fees for no service” to customers who were not getting any annual review (and in some cases, had even passed away).

Banks have now refunded billions of dollars to Australian families as a result of the dodgy products and practices revealed by the 2018 Banking Royal Commission. But there is still more than $1 billion yet to be returned.

One chapter was closed last week as three out of the four big banks – CBA, ANZ and Westpac – settled class actions brought on behalf of up to a million customers who paid for dodgy “junk insurance” on credit cards, car loans and other credit products between 2010 and 2020.

Banks and other lenders added these bodgy insurance premiums to their products regardless of whether customers wanted them, needed them, or often if they were eligible to claim on them or not.

ASIC and the Royal Commission turned the spotlight on the practice, and banks put aside more than $5 billion in refunds to remediate customers for junk insurance, dodgy financial advice and other products revealed to be worthless or predatory.

NAB has paid out $2 billion with $486 million still to be refunded. Westpac and ANZ would not say how much they’ve paid and are yet to pay when contacted.

If you think you might be due a refund, you’ve got three options: contact the bank yourself, join a class action, or use a specialist remediation service to chase a refund. They all have their pros and cons.

But this process reveals much about the advantages and disadvantages of our class action system. On the one hand, up to a million Australians are getting refunds for crappy insurance they should never have paid for in the first instance.

On the other hand, the numbers can be underwhelming. The earlier NAB settlement, for example, was $49.5 million for 50,000 members of the class action. That comes in at about $750 each once the law firm has taken around 25 per cent as a fee – not too shabby.

However, the CBA, ANZ and Westpac settlements amount to about $126 million for up to a million class action members. Once the law firm takes its 25 per cent, that leaves just $95 each on average.

This amount would likely be higher if we had an opt-in class action system in Australia, where people choose to join. But we have the opposite, where you must actively opt out, or you’re included as a matter of course.

So there might be thousands of people owed refunds as part of this settlement who could have received quite a lot more through other avenues. But then again, would they have pursued those other avenues?

Whichever way you go about it, I suggest all Australians check whether they’re entitled to any refunds. There’s plenty left in the pot.

The Money with Jess newsletter helps you budget, earn, invest and enjoy your money. Sign up to get it every Sunday.

This Is The American City Where Homes Are Selling Fastest

Lawmakers close in on coronavirus $7.5B measure