New York (CNN Business)Russia’s invasion of Ukraine and the West’s crackdown on Moscow has left the world economy exposed to an epic energy shock.

“The uncertainty on how this conflict and oil shortages will be resolved is unprecedented,” Goldman Sachs strategists wrote in a note to clients.
The developments have been relentless. On Tuesday the White House announced a ban on Russian oil imports and the United Kingdom pledged to phase out imports from the country by the end of this year. 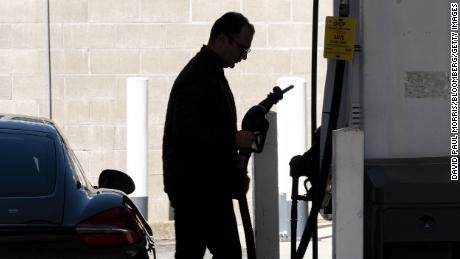 If other Western nations follow America’s lead “en masse” and ban Russian oil, crude prices could skyrocket to as high as $240 a barrel this summer, Rystad Energy warned in a report released Wednesday.

Such a move would create a 4.3 million barrel per day “hole in the market that simply cannot be quickly replaced by other sources of supply,” Rystad said.

“Given Russia’s key role in global energy supply, the global economy could soon be faced with one of the largest energy supply shocks ever,” Goldman Sachs said in the Monday night report, adding that the scale of the shock is “potentially enormous.”

The Russia-Ukraine crisis could knock offline about 3 million barrels per day of Russian oil and petroleum product seaborne exports, Goldman Sachs said. If that’s sustained, the bank said, that would represent the fifth largest one-month disruption since World War II, behind only the 1973 Arab Oil Embargo, the Iranian Revolution in 1978, the Iran-Iraq war in 1980 and the Iraq-Kuwait war in 1990.
The problem is that there’s no easy fix to offset the loss of Russian oil.
Even after emergency oil reserve releases, higher oil production from OPEC and the potential lifting of sanctions on Iran and Venezuela, Goldman Sachs said the world oil market will be left with “no buffer.” That would require “demand destruction through higher prices,” the bank warned. 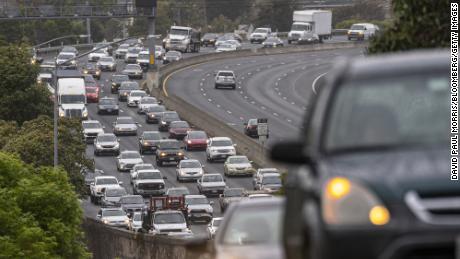 In other words, the world would be forced to use less oil. That in turn could damage the economy if it means less driving, less flying and a decline in the amount of oil used to make products like plastic.
Goldman Sachs raised its Brent price forecast to $135, up from $98 previously. The bank now sees Brent trading at $115 next year, up from $105.
“The range of possible outcomes remains extreme given the threat that a spike in oil prices represents to the global economy,” Goldman Sachs strategists wrote.

What about US oil companies?

US oil production is expected to increase significantly in response to higher prices. However, that rebound in domestic output has so far been slowed in part by a recent focus from oil companies to return cash to shareholders.
“The shale supply response would further remain modest initially, due to drilling times, still cautious producers and a tight service sector,” Goldman Sachs said, suggesting US drillers should not be relied upon to come to the rescue.

US oil output is expected to climb to an average of 12 million barrels per day this year, the US Energy Information Administration said Tuesday. That is consistent with the EIA’s previous forecast in February, before oil prices surged to the highest levels since 2008.
However, the EIA significantly raised its forecast for US oil production in 2023, calling for an average of 13 million barrels, up from its prior forecast of 12.6 million. The annual record for US oil output was set in 2019, when 12.3 million barrels were produced daily.
Source: Read Full Article

Francis Rocco Prestia Dies: Bassist For Tower Of Power Was 69