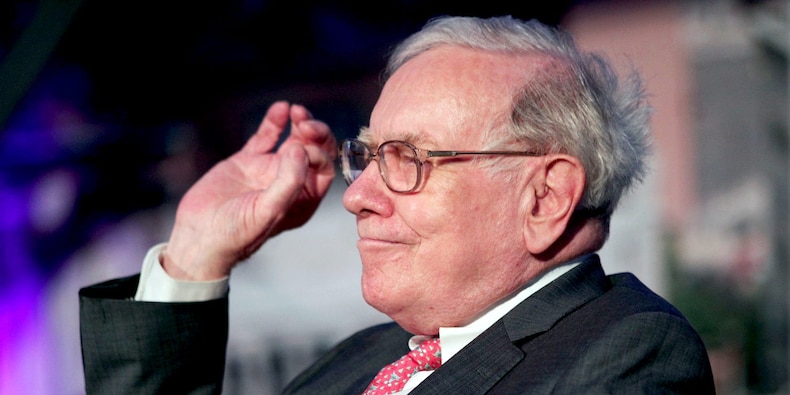 Warren Buffett's Berkshire Hathaway scored a $60 million gain on Biogen shares after they surged to a record high on Monday. Federal regulators approved the biotech company's Aduhelm drug – the first Alzheimer's treatment to get the green light in nearly 20 years, and the first to target the underlying process of the cognitive disease.

The famed investor's conglomerate bought nearly 650,000 shares of the drugmaker in the fourth quarter of 2019, giving it a stake worth $192 million at the year's end. It trimmed the position to 643,000 shares during the next quarter, but hasn't touched it since.

Berkshire's Biogen shares were worth about $180 million at the end of March this year. News of the approval by the US Food and Drug Administration (FDA) sent the stock up 38% on Monday, boosting the value of Berkshire's stake by $75 million to about $255 million. Buffett and his team have now recorded a gain of about 33% in 18 months, assuming they haven't adjusted the holding.

Notably, Berkshire invested in Biogen in the same quarter that the drugmaker renewed its efforts to gain approval for its Alzheimer's treatment. It had halted development earlier in 2019, following two disappointing large clinical trials.

The FDA granted accelerated approval to Biogen's drug based on its ability to remove amyloid, a protein that damages brain cells. However, the thumbs-up is contingent on further studies into the treatment's effectiveness.

Berkshire's Biogen bet is unusual because Buffett famously operates within his "circle of competence," only buying into businesses that he understands deeply, such as American Express or Coca-Cola. However, his company has been venturing further into pharmaceuticals, investing in Biogen as well as AbbVie, Merck, Bristol Myers Squibb, and Pfizer in recent quarters.

Buffett seemed to express concerns about Berkshire's pharma bets at the annual meeting in May, admitting that his team had bought "so-so" stocks that he didn't know a great deal about and wasn't too comfortable owning.

Biogen's potential blockbuster drug hints at the enormous upside possible with biotech stocks, but also underscores the risks of drug research, such as clinical trials and regulatory approvals.

Snowflake, the $12.4 billion cloud data warehousing startup, files to go public in one of the year's most anticipated tech IPOs