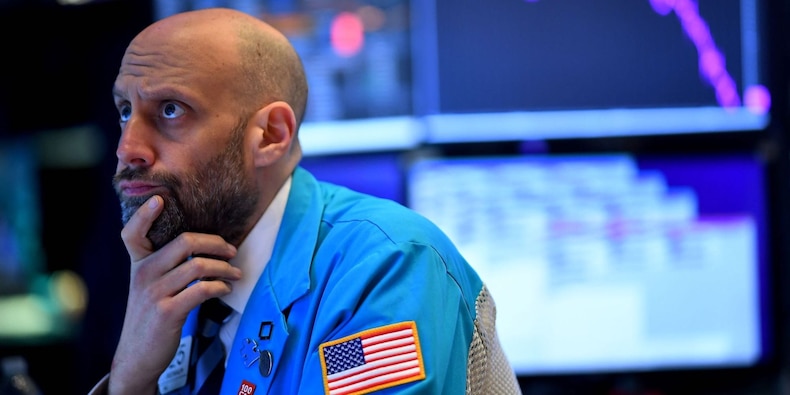 Wall Street’s favorite gauge of stock-market volatility posted its biggest jump in two years Wednesday after market participants saw one of the steepest sell-offs in the S&P 500 since October.

The Cboe Volatility Index, also known as the VIX, which measures the market’s expectations of volatility in the coming 30 days, spiked 62%, to 37.32, as retail traders continued to wage their battle against hedge funds.

“To put things in perspective, the VIX curve is almost the same as in the lead up to the presidential election in early November,” said Stephen Innes, chief global market strategist at Axi. 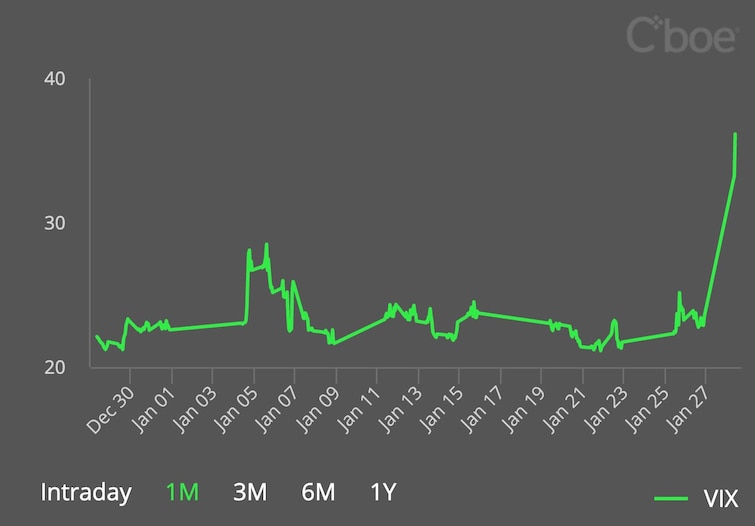 Read More: ‘We’re very surprised we didn’t underperform in the 4th quarter’: Cathie Wood and her analysts break down their stock-selection process and the top 10 picks that contributed to the outperformance of ARK ETFs in Q4 2020

The S&P 500 closed 2.57% lower on Wednesday after the Federal Reserve left its benchmark interest rate unchanged and didn’t pledge further aid to revive the economy. But that selloff was a stark contrast to Reddit day traders who potentially saw a lifetime’s worth of positive performance in a day, noted Jim Reid, a managing director of cross-asset research at Deutsche Bank.

Given retail investor efforts to squeeze out shorts in individual names, Innes noted that Wednesday’s trade had two key features: “pre-emptive short-covering by professional investors protecting themselves, plus de-risking, and deleveraging to reduce risk.”

“Indeed, it becomes self-fuelling: the more the Street steps back, the lower the liquidity, the more people step back,” he said.

After day traders ignited frenzied buying into heavily shorted stocks like GameStop, BlackBerry, AMC, and Bed Bath & Beyond, Nasdaq CEO Adena Friedman said the exchange would halt trading if they link social media chatter to unusual activity in a particular stock. She pointed out that Nasdaq’s regulatory role is to ensure market activity is “legitimate” and to root out manipulation.

Read More: A Wall Street firm tweaked the Shiller PE ratio to create a superior gauge of the strongest stock-market returns – and broke down why the beloved metric won’t cut it anymore

Another reason behind the volatility spike may be that the US close on Wednesday also saw mega tech earnings from Apple, Tesla, and Facebook. Apple fell 3.2% after hours, although it posted a record quarter by topping $100 billion in revenue. Tesla dropped 5.1% after falling short of Wall Street earnings expectations by about 20%. Facebook settled 1.9% lower after it warned of “significant uncertainty” in 2021.

The VIX measures implied volatility through the pricing of S&P 500 options contracts – it has now soared to its highest level since the end of October and hit its largest percentage move higher since February 2018.

Known as the “fear gauge,” the VIX often acts as a reflection of investor perception of the level of risk, or concern, in the broader equities market. The index soared to a record high of 82.69 during the heights of the coronavirus sell-off last year.

The year ahead has the potential to remain volatile, with many unknowns around the virus, vaccines, and the overall impact it will have on economies, according to Adrian Lowcock, head of personal investing at Willis Owen. Markers like the VIX can prompt investors to take action based on short-term sentiment, he said.