(CNN Business)When she first started to shed some weight, Yvonne DeBurgo quipped that she could afford to lose it.

But over the past three months, the 77-year-old widow from the southern English county of Oxfordshire has lost nearly 25 pounds, a result of eating just one cooked meal a day — with just a piece of fruit or a sandwich for dinner.
DeBurgo lost the weight while trying to save money — a sobering manifestation of the country’s cataclysmic cost-of-living crisis, one that appears to have no end in sight.

In July, inflation rose above 10% for the first time in 40 years, driven by the skyrocketing cost of energy, food and fuel. The Bank of England forecasts inflation will soar to 13% by the end of the year. Analysts say it could go even higher early next year.

DeBurgo, who relies on her state pension and a supplementary Pension Credit benefit, says her grocery bills have already nearly doubled over the course of about a month, with the rising cost of fuel even more worrying for her winter energy bills.

“I don’t want to end up, like, skeletal… eventually it’s gonna have to stop. But whether I’ll be able to afford to eat by then, I don’t know,” she told CNN in a phone interview. 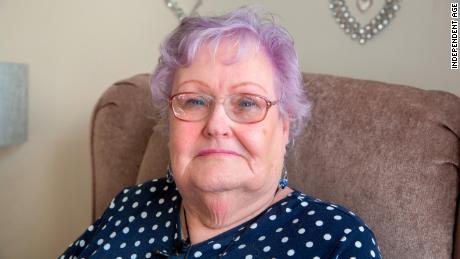 The average British household will see its annual energy bill rise to £3,549 (approximately $4,180) from October — a rise of £1,578 ($1,765), an 80% increase — after the country’s energy regulator raised the price cap last week. The price cap sets the maximum amount that energy suppliers can charge for each unit of energy and gas.

It’s a crisis that should be at the forefront of government action. But instead, outgoing Prime Minister Boris Johnson has been all but absent, taking two vacations in less than a month. His critics have accused him of washing his hands of the energy crisis and deflecting the blame onto Russia’s war in Ukraine. “We also know that if we’re paying in our energy bills for the evils of Vladimir Putin, the people of Ukraine are paying in their blood,” Johnson said in a visit to Kyiv on August 24.
Meanwhile, Downing Street has said it is up to the next prime minister to introduce any major new spending plans to support those suffering hardship. Two candidates, Liz Truss and Rishi Sunak, are currently battling to become the next Conservative Party leader, and so prime minister, with results expected on September 5. Only grassroots Conservative Party members, who represent less than 0.3% of the electorate, can vote in the contest. Demographic data suggest they are more likely to be White, male and middle class than the general British population.
And while research shows older people are more likely to vote Conservative, neither candidate has outlined a clear plan on how to tackle a cost-of-living crisis that’s already being felt acutely by many in that age group. 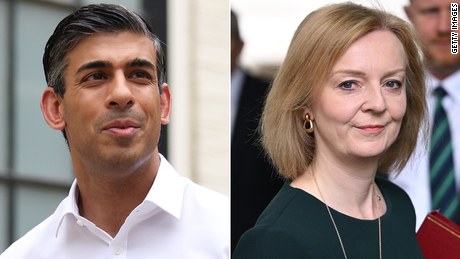 Around 2 million pensioners were already living in poverty prior to the crisis, according to data from the Center for Ageing Better, a charity focused on improving the lives of older people, whose 2022 annual report found that there were more than 200,000 more poor pensioners in 2021 than in the previous year.
Around 44% of people who have reached the current UK state pension age of 66 say it is their main source of income, according to figures from the Money and Pension Service, which is sponsored by the Department for Work and Pensions. Most pensioners are on the basic state pension at £141.85 a week (around $170), or about £7,400 ($8,770) a year, with a newer pension introduced in 2016 equal to about £9,600 ($11,376) a year. The state pension rose by 3.1% in April, a figure far below the inflation rate at the time, at 9%. The next increase in state pension will be next April.
“So those people were already struggling, and now we’re in a situation where they will be having an even worse time and many more will have fallen into poverty because of what’s happening,” said Morgan Vine, head of policy and influencing at the charity Independent Age.
People who responded to a survey conducted by Independent Age in June and July painted a dismal picture of their daily life. “I have turned my heating off, I don’t mop my floor as often. I do not vacuum as often, I only wash up if I really have to, I can no longer bake with my grandchildren which breaks my heart,” said one, whose name was not given.
“Holiday a thing of the past, social life a thing of the past, if the costs continue to rise I have no answers, wouldn’t mind work but am 88 no one wants me,” said another respondent, also unnamed.
Such poverty is exacerbating health conditions, with life expectancy also dropping, according to the Center for Ageing Better report, which noted that the number of years older people are spending in good health is also on the decline.
The NHS Confederation, a body representing leaders in the UK’s National Health Service (NHS) said this month that fuel poverty in particular is creating a “vicious cycle of healthcare need,” explaining that doctors can treat a patient’s illness but that if the ailment — for example, a chest infection — is caused by cold, damp housing, the cycle of infection will continue when the patient returns home.
It’s a concern that’s on DeBurgo’s mind. She’s not sure how she’ll afford to keep the heat on this winter to manage the symptoms connected to her fibromyalgia and arthritis.
“I think the government thinks that we should just either starve to death or freeze to death,” said DeBurgo, who noted that she has never voted for the Conservatives and does not identify with a political party. 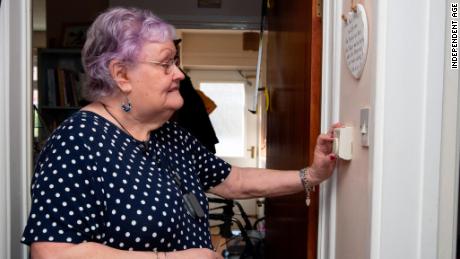 Vine echoes such concerns. “Obviously we’re incredibly worried as the colder months come in because we do think it’s going to lead to more older people dying,” she said.
Almost 10,000 people died in England and Wales in 2021 because their homes were too cold, according to the NHS.
In a statement last week, NHS leaders warned of an impending “humanitarian crisis” if the government doesn’t address energy costs, saying that fuel poverty “will inevitably lead to significant extra demand on what are already very fragile services,” and could increase the number of annual deaths associated with cold homes.
Hospitals in Britain are already close to buckling under the pressure, with older people especially vulnerable to gaps in service that include hospital waiting lists at a record high and a shortage of workers.
In August, the country saw two examples of such failings. A 90-year-old woman reportedly waited 40 hours for an ambulance after falling at home in Cornwall, southwest England. Her son, Stephen Syms, posted on Facebook that she fell on a Sunday evening and that the ambulance arrived on Tuesday afternoon, and that his mother then waited another 20 hours to be seen by a doctor in the hospital. “The system is totally broken,” he told BBC Cornwall. CNN has reached out to the Cornwall NHS Trust for comment.
And in another incident in Cornwall, an 87-year-old man waited in a makeshift shelter for 15 hours for an ambulance after breaking seven ribs and fracturing his pelvis, his daughter told the BBC.
Meanwhile, the Conservative leadership contest has largely been devoid of a robust debate around the full scale of the crisis facing the health service. However, Truss pledged last week she would divert £13 billion (around $15.4 billion) in funding to cover an NHS backlog of nearly 7 million people to the adult social care sector if elected. Sunak has vowed to tackle NHS waiting lists and said last month he would introduce fines for patients who missed doctors’ appointments, a proposal rejected by health leaders as unfair and costly to administer.
Truss’ proposal to add more funding to social care has been welcomed by many; however experts warn it’s a false dichotomy, as that investment is very much needed in the NHS as well.
And while the energy crisis has garnered more attention from the Conservative candidates, besides ruling out a price freeze on energy costs, Truss and Sunak’s plans are still unclear.
Truss has said that tax cuts should be the main response to soaring bills and hinted last week that if chosen, she’d swiftly help pensioners with an emergency cost of living package, without providing specifics. Sunak has said he would find up to £10 billion ($11.8 bn) to help people facing rising energy bills.
Meanwhile, the government has announced that eligible households in England, Scotland and Wales will receive £400 (about $473) spread over the course of six payments to help with rising fuel bills from October. 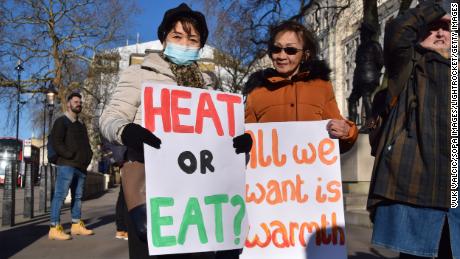 But many campaigners say it’s not enough.
Dennis Reed, director of the senior citizens group Silver Voices, told CNN that some of his organization’s Conservative Party members have left the party, noting a series of broken promises.
In April, the Conservative government broke an election pledge by suspending the so-called “triple lock” formula for a year — a measure to ensure that basic state pensions rise by either 2.5%, the rate of inflation or by the average earnings growth, based on whichever is largest.
“People are furious about that,” Reed said, adding that after working for 50 or 60 years and paying taxes, people expect to be able to live their twilight years in dignity. “But that’s not what is happening now.”

The government has pledged to reinstate the triple lock guarantee by next April, but many pensioners say the damage is already done.
“We may have short (-term) memory problems but our long-term memories are strong and I think that will rebound on the Conservatives — whenever that is,” Reed said.
Source: Read Full Article

THE 2020 PAYMENTS ECOSYSTEM: The trends driving growth and shaping the future of the payments processing industry explained

WHO wades into vaccine mandates dispute, saying they should be an 'absolute last resort'