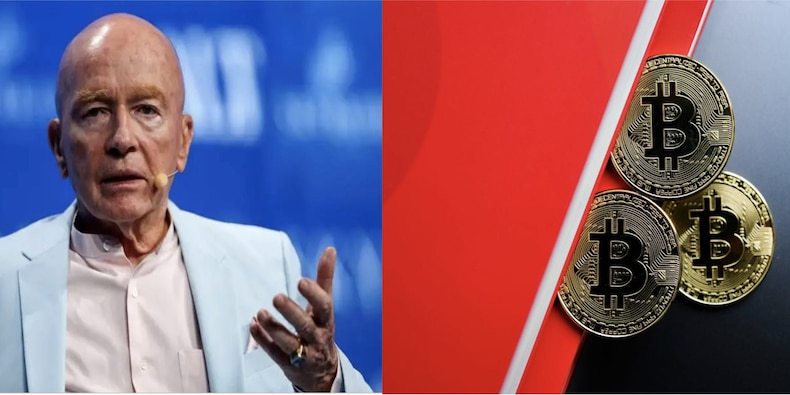 Investor Mark Mobius believes the real problem in the stock market currently is the technology sector.

The founding partner of Mobius Capital Partners said on Tuesday he fears a decline in bitcoin prices could hit tech stocks "very badly." "I think the relationship between bitcoin prices and the tech market is very close," he said in a Bloomberg interview. "So watch that indicator."

Bitcoin extended the week's advance by rising above $55,000 on Wednesday for the first time in two weeks. The digital asset reclaimed its $1 trillion market capitalization milestone the previous day.

The swift decline in tech stocks over the past month illustrates investors have been selling them in favor of value and cyclical stocks as a full economic reopening seems to be within reach. The Nasdaq 100 has declined by more than 10% since its peak on February 16, alongside rising bond yields.

Mobius, who has authored the book "The Inflation Myth and the Wonderful World of Deflation," said he isn't worried about higher yields affecting the stock market as historically there's "no clear correlation" between them. He doesn't see the 10-year yield hitting 2%, and expects it to likely settle at 1.6%. Yield on the 10-year Treasury note already hit 1.6% last week and is currently at 1.5%.

Mobius, who earned fame with his successful investment in emerging markets, also believes bitcoin and gold are correlated since they're both considered to be stores of value.

Gold fell 0.3% to $1,710 per ounce on Wednesday, and has fallen 7% in the last month. "There's some relationship between these two and one of the reasons why gold is down," he said. "Otherwise there's no good reason why gold should be down at this stage."