USAA offers the most sought-after mobile banking tools among the largest US financial institutions in 2020, according to Insider Intelligence’s fourth annual US Mobile Banking Competitive Edge Study. 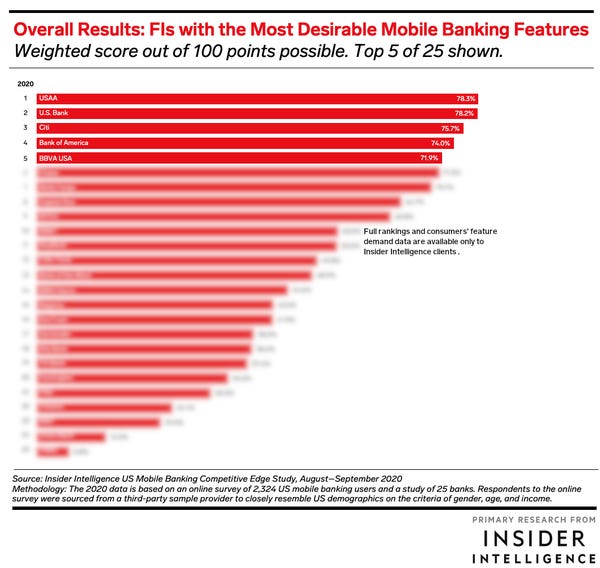 US mobile banking penetration is rising amid the coronavirus pandemic, as is consumers’ reliance on the channel. Insider Intelligence forecasts that for the first time, more than half (55.1%) of the US population will use mobile banking this year. And for many, it’s more than a stop-gap measure for traditional in-branch or call center tasks: 79.5% of mobile banking users who responded to Insider Intelligence’s 2020 US Mobile Banking Competitive survey say that mobile is their primary banking channel.

In this report, Insider Intelligence identifies the innovative mobile banking features that could attract and engage users, as well as highlights how top financial institutions are currently deploying the features. Our survey of 2,324 US adults includes a ranking of how valuable 42 advanced mobile features would be to them across six categories: Security and Control, Alerts, Account Management, Transfers, Digital Money Management, and Customer Service.

The full report will be available to Insider Intelligence clients on December 4. 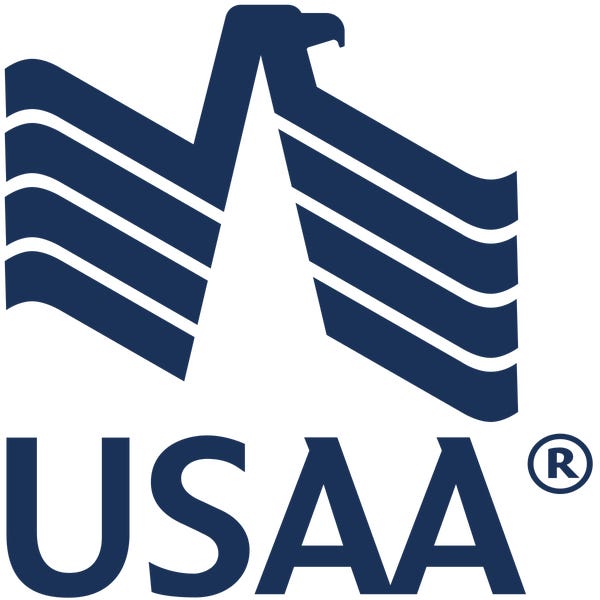 USAA takes the crown — after placing second last year — thanks to its broad support of mobile banking features across categories. It does not lead in any individual category, but boasts features including the abilities to set spending limits on debit or credit cards, view the status of card transaction disputes, and set alerts for when refunds from merchants are processed.

Joining USAA in the top five are U.S. Bank, Citi, Bank of America (BofA), and BBVA. All but U.S. Bank are holdovers from last year’s top five: Following several consecutive years of heavy investment in its app, the bank shot up from 11th in 2019 to place second this year. 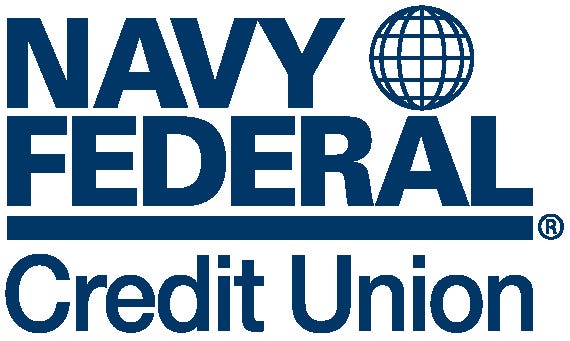 Navy Federal Credit Union (NFCU) is the lone winner of the Account Management category. It supports all seven features, including the rarely offered but highly demanded temporary digital card capability. NFCU also led this category in 2019, though it shared the title with three other banks.

The full report will be available exclusively to Insider Intelligence clients. In addition to our US Mobile Banking Competitive Edge Study, Insider Intelligence publishes a wealth of research reports, charts, forecasts, and analysis of the financial services industry. You can learn more about accessing all of this content here.

The survey data from this report comes from Insider Intelligence’s US Mobile Banking Competitive Edge Survey 2020, which was fielded in August–September 2020 and reached 2,324 US adults. Respondents to the survey were mobile banking users selected to closely align with the US population on the criteria of gender, age, and income.