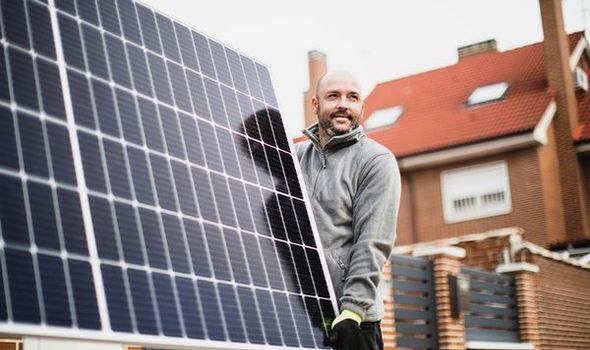 According to the latest survey from the Federation of Small Businesses, a clear majority (56 percent) are concerned about the climate crisis – but only a third have a formal plan in place to tackle impact from their own business. Among those yet to take any action, around a quarter cited concerns over the return on the investment required while 22 percent didn’t have enough funds to invest in improvements such as heat pumps or solar panels. More encouragingly, two thirds had increased recycling and half had taken extra steps to reduce waste. The FSB are now calling on the Government to launch a Help to Green initiative which would include vouchers to help firms replace equipment and materials to improve energy efficiency.

The scheme would mirror the Help to Grow initiative launched in this year’s Spring Budget which provided access to advice and discounted software to improve business productivity.

Other proposals include a scrappage scheme for diesel commercial vehicles and making it easier for banks to lend money to businesses looking to invest in green technologies.

It also suggests keeping the adequacy of plug in grants under review.

In the survey, nearly half of respondents cited the high costs of zero emissions vehicles as a barrier to change.

Currently, grants of £3,000 are available on small vans for those looking to switch to an electric model.

He added: “With inflation surging, cost is proving a significant barrier to the green investment we need. Small businesses require certainty and long-term support – they need to know for sure that their sustainable investments will be worth it in the long run.

“Equally, we have to avoid scenarios where landlords are barriers to progress – too often we hear from members who say they are ambitious when it comes to net zero, but the owner of their premises is less so.

“The challenge we face calls for practical action plans that can be implemented immediately, and we hope to see such plans emerge from this week’s conference.”

In the Budget last week, Chancellor Rishi Sunak unveiled plans to provide business rate exemption on green property improvements along with changes to the timescale for calculating rates.

The move was welcomed by the British Chambers of Commerce, which said: “This will give firms more confidence to push ahead with investments in key priorities, including the transition to net zero.”

DON’T MISS:
COP26 is a waste of time; we know the climate is changing, JAMES WHALE [COMMENT]
Who are the Bank of England rate setters? [ANALYSIS]
What are stablecoins? US Government calls for regulation. [EXPLAINED]

According to the FSB’s survey, 28 percent of small businesses said a discount in business rates would encourage more green investment.

Meanwhile, over half said grants or low-interest loans would be a strong incentive.

Mr Cherry said he hoped COP would serve as a “catalyst” reinforcing the importance of grassroots action in getting to net zero.

Insurrectionists are rushing to delete evidence of their participation in the Capitol riot, report says

Cramer's lightning round: Buy the stock of Clorox