In the middle of 2019, Jason Wild was facing what he says felt like the “absolute destruction” of the fledgling cannabis industry.

His firm, JW Asset Management, manages over $2.2 billion across three separate funds. He estimates JW’s total cannabis holdings are well over $1.5 billion, meaning that he — and his investors — had a lot of skin in the game when the industry started to slide.

But, by the middle of 2020, the industry started to turn around and Wild’s fortunes changed. The fund gained 146% last year, as President Joe Biden’s victory and a wave of states voting to legalize marijuana catalyzed a rush of investors buying up cannabis stocks.

Three hedge funds that have significant holdings in the cannabis industry, including dedicated cannabis funds, shared returns exclusively with Insider. The documents show that after steep losses in 2019, investors who held on throughout the downturn were rewarded as the industry recovered late last year.

Navy Capital’s cannabis-focused fund gained 70% in 2020, net of fees, buoyed by significant positions in US cannabis companies Green Thumb Industries, Trulieve, and AYR Strategies. CB1 Capital gained 46.7% net of fees in 2020 (or a gross return of 60%).

The cannabis funds outpaced other equity-focused hedge funds, which returned more than 17% on average, according to Hedge Fund Research. They were lifted by a rising stock market, with the S&P 500 posting a total return of about 18% in 2020.

From an industry-wide shakeout to an essential business designation

Throughout 2019 and early 2020, the cannabis industry and investors like Wild got smacked.

The sector began a precipitous slide when the hype from Canada becoming the first industrialized nation to federally legalize marijuana started to wear off in 2018. One index of cannabis stocks, the Bloomberg Intelligence Global Cannabis Competitive Peers Index, lost over 90% of its value between January 2018 and March 2020.

Surprisingly, the coronavirus pandemic marked a shift for the industry. Cannabis was declared an essential business in many states and demand increased. The Black Lives Matter protests that raged across the country in the summer put police reform, of which marijuana legalization is a component, at the forefront of the national conversation.

The Bloomberg Intelligence Global Cannabis Competitive Peers Index is up over 120% since November 1. 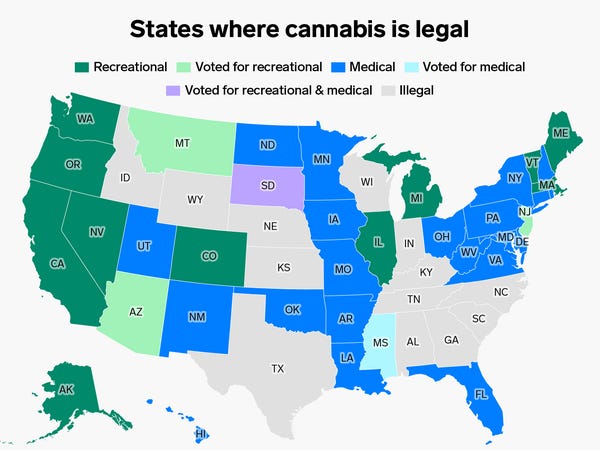 For cannabis investors, 2020 was a good year

Investors again started to warm up to cannabis companies as they looked for growth industries with most of the US population stuck at home for the foreseeable future.

Todd Harrison, the founding partner of cannabis hedge fund CB1 Capital, saw his fund boom in the last few months of 2020 after a tough 2019.

CB1, which Harrison founded in 2017 and says has between $40 and $60 million in assets, lost 29% net of fees in 2019, according to financials shared with Insider. After losses in the early part of 2020, Harrison’s fund rebounded starting in November, when the fund gained 34%.

Harrison said he invests in cannabis because of the medical and therapeutic potential of compounds found in the cannabis plant, and he thinks the industry will gain as more people recognize that potential.

“It’s a misnomer that cannabis is forever going to be something you smoke,” Harrison said

Harrison said that each new state that legalizes cannabis is “like Canada all over again,” pointing to East Coast metropolises like New York City and Philadelphia that have millions of potential cannabis consumers.

And with the Democrats’ pair of victories in Georgia, many in the industry are again hopeful that the Senate will take action on cannabis reform. 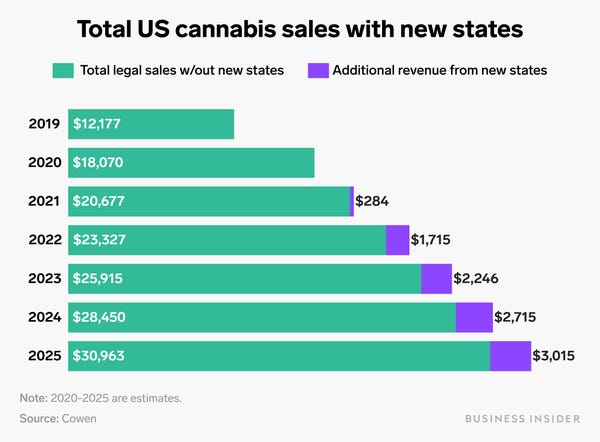 In November, the fund gained 22.5%. By the end of 2020, the fund had surged 70%, buoyed by significant positions in US cannabis companies Green Thumb Industries, Trulieve, and AYR Strategies.

Navy’s significant position in GrowGeneration, a Nasdaq-listed hydroponics and growing supplies company, was perhaps the biggest boon: the company’s stock is up over 1000% as of Friday since it went public in December of 2019.

The fund has returned approximately 350% net of fees since its inception in 2017 through January, Navy Capital founder and CEO Sean Stiefel told Insider.

This year, Stiefel said he’s planning on doubling down on his successful positions in US companies like Trulieve and Green Thumb Industries as well as on smaller US cannabis names like Cresco Labs and Columbia Care.

“Our thesis is the big are only going to get bigger,” he told Insider. 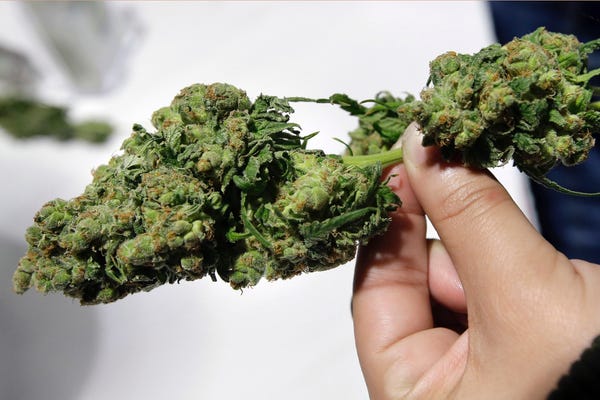 JW’s Wild has been involved with the cannabis industry since its early days. JW was one of the first institutions to invest in Canadian cannabis giant Canopy Growth before it went public and Wild is the board chairman of US cannabis firm TerrAscend.

Wild, a trained pharmacist, launched his firm’s flagship fund in 1999 to invest in what he called undervalued pharmaceutical companies. That led him to look at medical cannabis in the mid-2010s.

Since the fund’s launch, it has returned an annualized 27.5% net of fees. And while Wild agrees that there are favorable tailwinds for cannabis reform in the Senate, he says he doesn’t “pay a lot of attention to it.”

“My view is I can’t control it,” Wild said. “Federally it’s been like a fool’s errand to try and make any real bets on that.”

JW’s 2020 performance was driven in large part by bets on TerrAscend and GrowGeneration, Wild says. He added that JW bought into GrowGeneration at $5 per share. As of Thursday, Grow Generation’s shares are trading over $50.

JW’s performance was also lifted by investments in US cannabis firms like Green Thumb Industries, Trulieve, and Cresco Labs, among others.

Wild says for the short term, the only way most institutional investors are able to play the US cannabis industry is through picks-and-shovels companies like Grow Generation or Hydrofarm Holdings, which went public in December.

With those companies, investors are “actually leveraged to the US industry,” Wild said unlike US-listed Canadian firms like Aurora or Tilray.

On top of that, they’re also attractive companies to invest in because they’re in growth mode, says Wild, and since they don’t buy and sell cannabis directly, they’re able to attract a wider range of investors.

Mark Cuban: Every household in America should receive a $1,000 stimulus check every 2 weeks for the next 2 months

COVID-19: This American County Has More Cases Than All But 7 States