Washington, DC (CNN Business)President Biden signed into law the Inflation Reduction Act on Tuesday, and it will reshape the electric vehicle tax credit.

Automakers and consumers have scrambled in the last week to brace for its impact. Some car buyers are relieved to have finalized purchases before today, when qualifying became generally more difficult. Automakers like Volkswagen, Nissan, Rivian, Vinfast and Lucid have helped buyers accelerate purchases so they didn’t miss out on the final hours of the existing credit, which expired once Biden’s signature finalized the bill, and which has been replaced by a new credit system.
The phased-out tax credit offered buyers of electric and plug-in hybrid vehicles acquired after December 31, 2009 as much as $7,500. The minimum credit was $2,500. Consumers were only ineligible once their automaker reached a 200,000-vehicle limit. Under the old system, those who purchased electric vehicles like the Volkswagen ID.4 would receive $7,500 while customers buying plug-in hybrids received less. 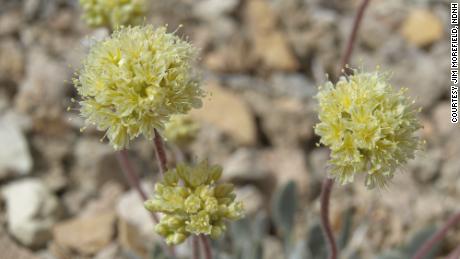 The new credit will continue to offer $7,500 for electric vehicles, but with important new caveats. The vehicles must now be assembled in the United States. There are also new requirements that the battery metals are either extracted or processed domestically or in a country that has a free trade deal with the United States.

Biden has described the legislation as a way to meet climate goals by cutting emissions and accelerating clean energy adoption. But 70% of electric, hybrid and fuel cell vehicles available for purchase in the United States are now ineligible for any credit, including partial, and none will qualify for the full credit, according to the Alliance for Automotive Innovation, which represents automakers like Ford, GM, Hyundai, Toyota and Volkswagen.

The new credit does, however, lift the existing 200,000-unit cap on how many vehicles can qualify from each automaker. Tesla vehicles haven’t been eligible since the end of 2019, when the company hit its 200,000th vehicle sold, and GM hit the limit in April 2020. Newer electric vehicle makers, like Rivian and Kia, were still offering customers the $7,500 credit. 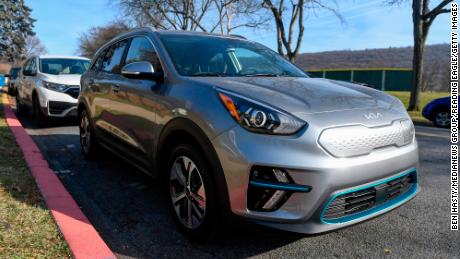 The new law also adds an additional credit for used electric vehicles. But new requirements, including where vehicles are built, where the batteries come from, what a vehicle costs and a buyer’s income, will sharply limit received credits. Some consumers have described feeling left in limbo as the government hasn’t finalized exact details, leaving buyers without a list of approved vehicles like they’ve had for years from the Internal Revenue Service. (The IRS declined to comment Monday.)

“It unfortunately ruins it for a lot of people,” California resident Jeff Neubauer, who hustled to finalize an order for a Lucid electric vehicle before the law took effect in hopes of receiving the credit, told CNN Business of the new restrictions. “Anyone shopping for a car is living in a completely different world.”

Neubauer originally reserved a Lucid Air in January to serve as a shared vehicle with his wife. He received an email from Lucid last week warning that when the Inflation Reduction Act was signed into law, the Air would no longer qualify for the $7,500 tax credit. But the bill included a transition rule that would allow vehicles to qualify under the old rules, provided a buyer had “entered into a written binding contract to purchase” an electric vehicle before Biden signed the legislation.
“We’ve decided to help reservation holders take advantage of the transition rule by opening a window to place an order for their Lucid Air,” Lucid wrote in an email viewed by CNN Business. “We’re doing this to help those who want to do everything possible to maintain eligibility for the federal tax credit.”
It also cautioned that a buyer’s deposit of $300 or $1,000 — depending on the trim line they chose — would become nonrefundable.
Neubauer said he never even test drove the Lucid Air. But he called signing the agreement and the risk of losing his deposit a “no-brainer.” Neubauer said he’s owned several electric vehicles and is comfortable with them.
“If my wife doesn’t like it for some reason when it comes out, I’m out $300,” Neubauer said.
Oregon resident Jase Daggett had a similar reaction after hearing from Rivian about the new tax credit. 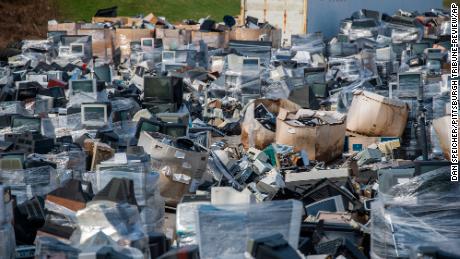 “Signing the contract will make $100 of your existing $1,000 deposit non-refundable and help you to maintain eligibility to apply for the $7,500 tax credit,” Rivian wrote in an email sent Wednesday. “Once the Inflation Reduction Act becomes law, customers will lose this chance and be subject to the new restrictions.”
Daggett has never test driven the Rivian R1T pick-up, instead relying on word of mouth and YouTube reviews. He said he signed the contract within “about four minutes” of receiving the email.
“Lowest risk, highest reward gamble I’ve ever made,” Daggett told CNN Business.
Other buyers have been reluctant to sign, especially before a test drive. Jeff Douglass said he received two emails from Lucid about finalizing his reservation so he could potentially receive the tax credit.
“I’ve told them every time they ask me anything, ‘I want a test drive, or I don’t want to hear anything else,'” Douglass said.

A push for more domestic sourcing, with new unknowns

The new restrictions emerged from an agreement between Senate Majority Leader Chuck Schumer and Sen. Joe Manchin, who was the critical vote that green lighted the legislation.
Manchin had concerns about the US reliance on foreign countries for EV components. China is dominant in electric vehicle metal processing and battery manufacturing. 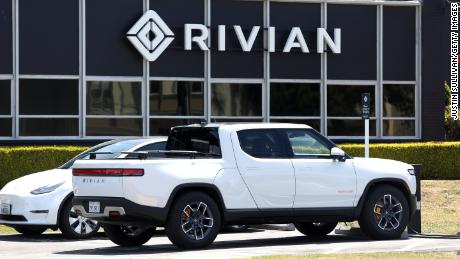 “I don’t believe that we should be building a transportation mode on the backs of foreign supply chains,” Manchin said recently. “I’m not going to do it.”
The United States sources about 90% of its lithium, a critical metal in batteries, from Argentina and Chile, and contributes less than 1% of global production of cobalt and nickel, according to the Department of Energy. China’s dominance includes refining 60% of the lithium and 80% of the cobalt mined globally. Experts have cautioned that a reliance on countries like China would create a national security risk for the United States.
The bill requires that in 2023, 40% of critical minerals in an electric vehicle battery must be extracted or processed in the US or a country where the US has a free trade agreement. That 40% will gradually increase to 80% in 2027. Regulations will have to be created to determine precisely how a vehicle meets the thresholds. 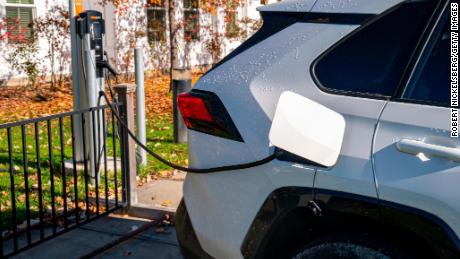 Utah resident Devin Hathcock, who pre-ordered an electric Nissan Ariya in November 2021, said he was worried he would miss out on the credits when he first heard about the Inflation Reduction Act.
He said the legislation felt like a “gut punch.” He’s followed the Ariya closely, and said he knew the vehicle was made in Japan and its battery came from China. It wouldn’t qualify.
“If they’re really trying to incentivize people to adopt EVs, that was really the wrong way to go,” Hathcock told CNN Business.

When Nissan emailed him offering that he could sign a binding contract in hopes of still receiving the credit, he signed immediately.
“I felt I had nothing to lose,” he said. “And everything to gain.”
Source: Read Full Article

This Is the Biggest Box Office Hit of the 1980s