London (CNN Business)Governments across Europe are choosing between two vastly different strategies as a second wave of Covid-19 arrives in force. Most are imposing limited local restrictions and keeping their economies open. But in the UK and Ireland, scientific advisers have pushed for second national lockdowns, despite fears of an economic shock.

The crisis, which hit Europe for the first time in early spring, is back — but this time around, many people feel that locking down society is too high a price to pay. Yet most medical and economic experts CNN spoke to agree that, in the long run, a short lockdown is better than a constant battle to contain the pandemic.
British Prime Minister Boris Johnson is one of those trying to avoid a second nationwide lockdown in England.

Senior scientific experts advised the United Kingdom leader to impose an immediate two-week national lockdown to curb the spread of Covid-19 in September. Instead, on Monday, Johnson unveiled a limited system of coronavirus restrictions to be imposed locally, if needed, and once again encouraged those who can work from home to do so. 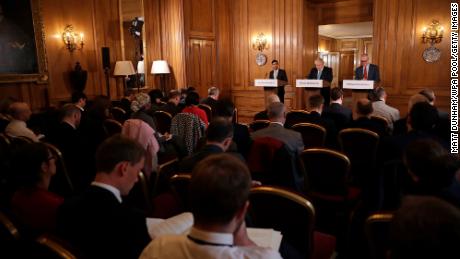 Robert Jenrick, the UK housing minister, told the BBC on Tuesday that Johnson’s government had “to balance protecting people’s lives,” with keeping people in education and employment.

As a result of its spring lockdown, the UK economy shrank by 20% in the second quarter, pushing it into the deepest recession of any major developed economy. Johnson is now under pressure from some members of his Cabinet to keep the economy open, even as winter looms and coronavirus cases rise.
But some experts believe that limited restrictions have little impact on the virus and hurt the economy more over time.
“The number one priority is getting control of the virus,” Andrew Goodwin, chief UK economist at advisory firm Oxford Economics, told CNN. “And the quickest, [most] aggressive, way you can do that is the best thing for the economy.
“The worst thing is to have this bubbling for a long time, that’s the most dangerous thing,” he said. “Ultimately the longer this goes on, the worse it is for the economy and for public finances.”
Goodwin said a short “circuit-breaker” lockdown, as recommended by the scientists advising the UK government, could cause GDP to contract by 2.5% in the fourth quarter of 2020.
“That would be a relatively small hit now, compared to what we had before, and it would be worth it — if it worked,” he said, adding: “Piecemeal solutions, delivered late, lead to real economic damage. And if you let the virus rip, people take their matters into their own hands. People stop getting into social contact situations.”
China shows what’s possible when lockdowns are combined with population tracking policies intended to contain the virus. The world’s second-largest economy locked down hard earlier this year, and the government has spent hundreds of billions of dollars on stimulus efforts. It was the only major world power to avoid a recession this year.
But that success has proved difficult for other countries to replicate, especially in places where leaders do not wield the same level of control over their populations as Beijing. 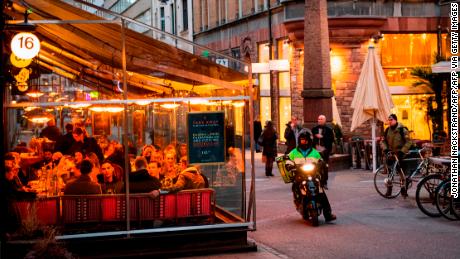 Johnson’s approach in England is by no means unique. The Irish government last week rejected a call by health chiefs to reimpose a nationwide lockdown, despite a sharp surge in cases.
The country’s Prime Minister, Micheal Martin, instead tightened coronavirus restrictions across the country for three weeks, citing the need to protect companies from more damage.
“It is important to understand we are in a very different situation to last March,” Martin said on October 5. “Businesses are beginning to recover and vital public health services are still backlogged. Severe restrictions now would have a very damaging impact which those services and those businesses may not be able to recover from.”
But just across the border, Northern Ireland’s executive has taken a far more aggressive strategy. First Minister Arlene Foster announced on Wednesday that schools, pubs and restaurants would close for four weeks, in an effort to tackle spiking cases. The First Minister of Wales Mark Drakeford told UK’s Sky news that the country was also considering a short national lockdown. 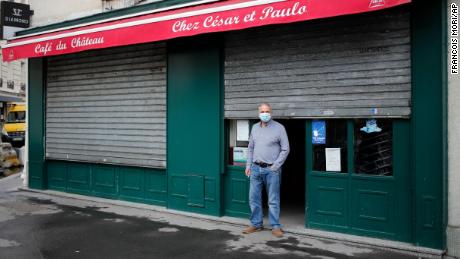 In France, many of those working in the hospitality industry fear a second lockdown may be on the way.
Such is the pressure from the sector that officials have allowed restaurants to stay open in Paris and reopen in the city of Marseille, despite both areas being zones of “maximum alert,” meaning Covid-19 case rates there are high. Bars and cafes remain closed in both cities.
“We need to stop thinking that there is an opposition between economy and public health,” Catherine Hill, a prominent French epidemiologist, told CNN.
“If we solve the coronavirus crisis, then we solve the economic crisis. In China, they controlled the epidemic and the economy returned. The aim is simple: To get rid of the virus, so that life gets back on track.”
French Prime Minister Jean Castex indicated this week that more restrictions were on the way. “We are taking measures based on the epidemic situation,” he told news channel France Info on October 12.
“No options are to be excluded considering the situation we see in our hospitals.”
Jonathan Portes, a professor of economics at King’s College London, said “a successful strategy to suppress the virus is the best thing for the economy” even if it means the government needs to borrow more to fund support for businesses and households.
“We have no problem borrowing the amount of money [needed],” Portes said. “There’s no affordability constraint. Being able to afford a second lockdown is simply not one of the top five economic problems facing the UK right now.”
Robert West, professor of health psychology at University College London, said a future national lockdown in the UK is likely regardless of ongoing worries about the shock it will deliver to the economy because cases are rising so quickly.
But he says the key is for the government to use the time spent in lockdown to improve systems that can help control the virus once the restrictions are lifted.
“It would be a complete waste of time if we locked down without developing a test and trace system,” he told CNN. 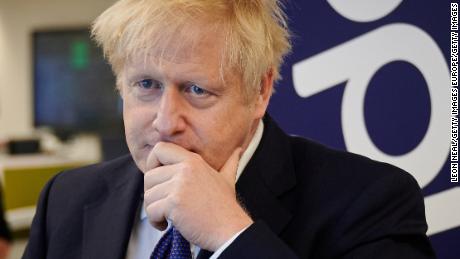 The four nations of the UK do have test and trace systems but they have been criticized in recent months over perceived administrative errors, delays and backlogs. The government has defended the systems.

“Since it launched, NHS Test and Trace has contacted 700,000 people who may otherwise have unknowingly spread coronavirus and told them to isolate,” a Department of Health and Social Care spokesperson told CNN.
Lock down or not, the fate of the economy rests on the ability of governments to control the virus as winter approaches.
Source: Read Full Article

The best banks and credit unions in California for 2020

Latest Posts
Ruby Tuesday, Hit By COVID-19 Closures, Files For Bankruptcy
‘Time To Act’ Podcast Ep. 5: Recognizing Your Own Bias In D&I Work
Rishi Sunak’s Plan for Jobs scheme unveils latest update as 4,500 Work Coaches are hired
Amazon says it saved $1 billion in employee travel expenses due to the pandemic
Maryland voter arrested after refusing to wear a mask at polling site
Recent Posts
This website uses cookies to improve your user experience and to provide you with advertisements that are relevant to your interests. By continuing to browse the site you are agreeing to our use of cookies.Ok