The UK’s economy grew by a much smaller amount than expected in May after a historic plunge in GDP in April.

The Office for National Statistics said on Tuesday that the UK economy grew by 1.8% in May, after a dramatic 20.3% contraction in April.

Economists polled by Reuters were betting on a 5.5% rebound.

Read more: UBS says buy these 18 diamond-in-the-rough stocks that will offer massive gains over multiple years, even as their underlying industries suffer

So while May’s GDP figures are a step in the right direction, they reinforce the view that the path to economic recovery from the impacts of the coronavirus pandemic may be harder than many expect.

A chart of the rebound published by the ONS on Tuesday shows the tiny scale of the recovery compared to previous drops, and suggests that the UK is a long way away from the much-vaunted V-shaped recovery some economists expect in major Western economies: 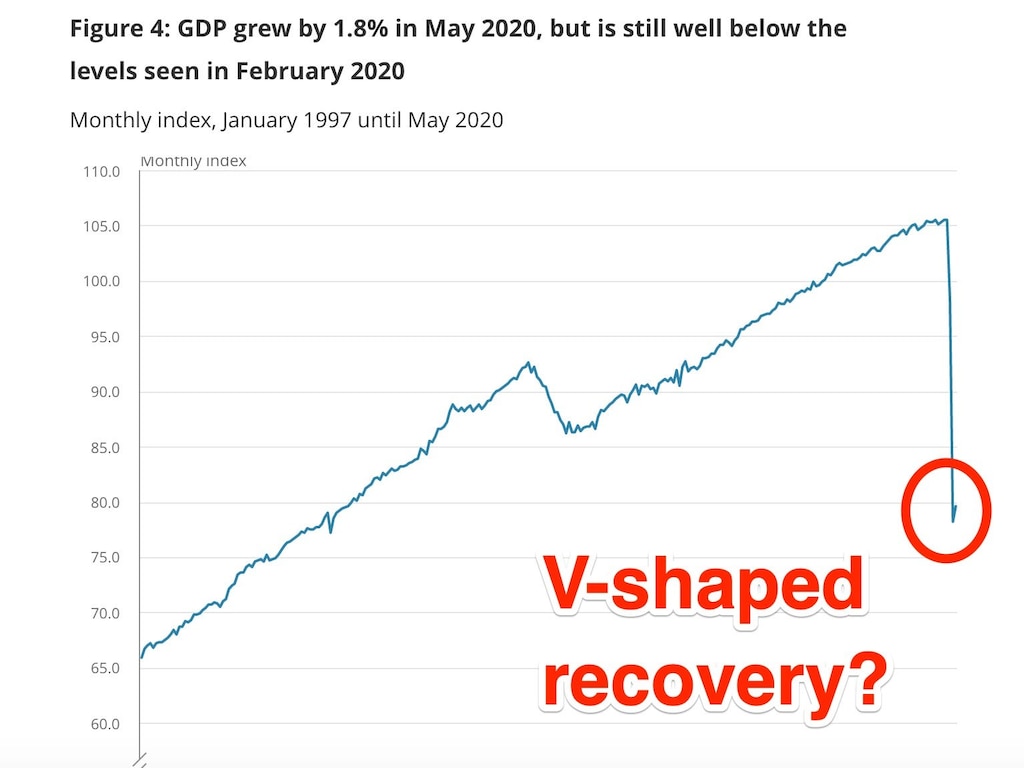 Jonathan Athow, deputy national statistician for economic statistics at the ONS, said: “Manufacturing and house building showed signs of recovery as some businesses saw staff return to work. Despite this, the economy was still a quarter smaller in May than in February, before the full effects of the pandemic struck.”

Read more: A Wall Street investment chief dispels the notion that surging stocks are disconnected from the economy – and lays out 3 reasons why the market will continue to climb over the next year

The ONS said the UK economy has contracted by 24.5% since February, before the pandemic kicked off.

Athow added: “In the important services sector, we saw some pickup in retail, which saw record online sales. However, with lockdown restrictions remaining in place, many other services remained in the doldrums, with a number of areas seeing further declines.”

The Pandemic Has Started Weakening the World’s Weather Forecasts

Investors’ perception about market risk at highest level since 2008

Why registering a company online will now become easier