Griddy, a startup in Texas, had a simple pitch: Switch to Griddy and save money on your electricity bills.

Many Griddy customers were stuck with thousands of dollars’ worth of energy bills. Some owed more than $15,000 to the Houston firm, The New York Times reported.

Things quickly spiraled from there.

In late February, the Texas grid operator barred the company from participating in the state’s electricity markets, effectively shutting it down. Then on Monday, Texas’s attorney general filed a lawsuit against the firm, claiming it misled customers. Griddy also faces a proposed class-action lawsuit filed by a woman who received a $9,300 power bill.

In response to a request for comment Tuesday, Griddy said it doesn’t agree with the claims alleged in the lawsuit filed by the state and plans to defend against it. The firm did not comment on being banned by the grid operator or on its future business.

Today, Griddy is effectively shut down, and state lawmakers are discussing how to provide relief for customers who cannot pay their bills, an NBC affiliate reported.

So, where did things go so wrong?

Griddy offered cheap energy at the expense of security

Griddy’s troubles stemmed from the very mechanism that can make it cheaper than its competitors.

The company allowed consumers to buy their power at the real-time prices available on Texas’s wholesale market. Usually, those prices, determined by supply and demand, are low. During the storm, however, natural-gas plants and other generators failed, and Texans cranked up their heaters, causing those prices to shoot up. Griddy passed those surging prices on to its customers.

The startup, founded in 2016 and based in Houston, shows the challenges of trying to disrupt a large and unregulated energy market without providing adequate protection for consumers, said Kiran Bhatraju, the founder and CEO of Arcadia, an energy broker and digital utility that competes with Griddy in Texas.

“Variable-rate plans are dangerous,” Bhatraju told Insider last month. “A lot of these consumers who were put on these wholesale products, they got screwed.”

In a statement to Insider last month, Griddy said that it doesn’t control the price of electricity. It also took actions to help customers avoid big bills, at one point going so far as to encourage all 29,000 of them to switch providers. 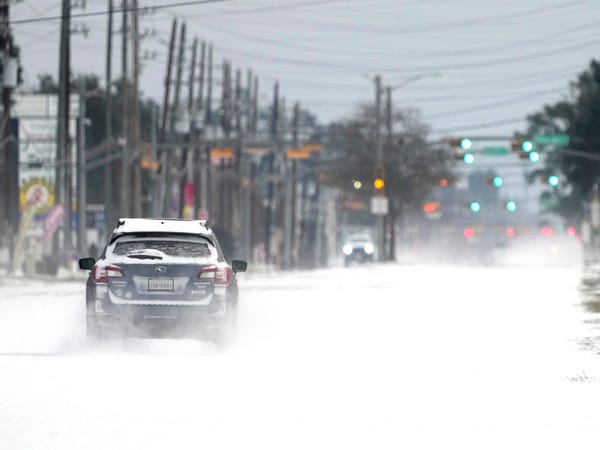 Buying energy in Texas isn’t that different from buying anything else. There are loads of companies making it and plenty more selling it, and everyone is looking for the best deal.

The market is huge, generating $21 billion in annual revenue, amounting to more than a third of the US retail market, according to the research firm Wood Mackenzie.

Typically, people buy energy from retailers at a fixed rate, meaning they’re guaranteed a certain price of electricity over some period. Those retailers make money by buying wholesale energy and selling it at a profit.

Griddy offered its customers something different: Real-time, wholesale prices, or indexed prices, which the grid manager ERCOT publishes every 15 minutes. In return, those customers paid Griddy $10 a month.

The firm’s founders, Nicholas Bain and Gregory Craig, both energy-industry veterans, developed that model. Griddy is backed by the power giants Macquarie and the EDF Group.

“We thought there was a better way, and technology allowed us to implement a better way to save Texans money,” Craig told “Good Morning Texas” in 2019.

This model is unusual in Texas and across the US, said Varun Rai, the director of the Energy Institute at the University of Texas at Austin. While many retailers in Texas offer variable pricing — which is fixed over a shorter period of time — few companies offer customers access to real-time market prices.

Octopus Energy, based in the UK, also offers Texans indexed pricing. Its customers experienced a surge in prices too, and it offered a one-time bill relief program, the firm told Insider. Fred Anders, the founder of the website Texas Power Guide, said Octopus was likely the only other company with an index offering in the state. Octopus declined to share how many customers it has. 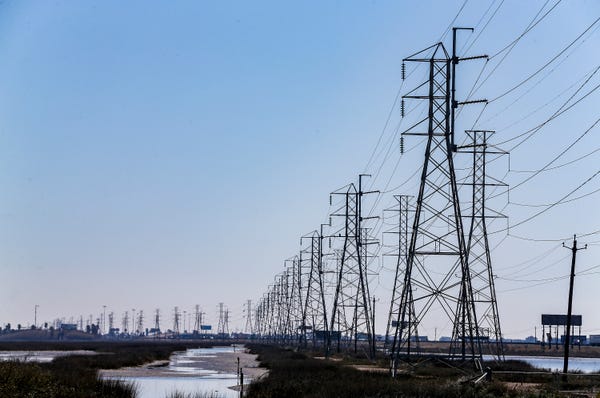 The costs and benefits of real-time pricing

There are benefits of using a service like Griddy. Customers get energy at the wholesale price, which is usually more affordable. Plus, because prices vary throughout the day, the savvy energy consumer can use electricity when it’s cheap and unplug when it’s expensive.

But to access those benefits, consumers have to take on risk: If prices spike, you’re on the hook to pay them. And that’s what happened following the Texas storm.

In early February, wholesale energy prices were under $50 per megawatt-hour. But after Valentine’s day, once temperatures dropped, ERCOT set the price at $9,000 per MWh to incentivize generators to go online — pushing daily costs for some people into the hundreds of dollars per day.

In a statement to Insider last month, Griddy said it had some members who could “shift usage and rely on home automation” to ride out the storm. The firm also blamed ERCOT for manually raising the market price.

On February 12, before spot prices topped out, the firm emailed and texted its 29,000 customers to encourage them to switch providers. A few days later, more than a third of them had switched, the company told Insider.

Griddy also said it engaged the Texas Public Utility Commission and ERCOT to seek financial relief for its customers who were stuck with big bills.

But that has done little to shield the startup from blame.

On Monday, the state’s AG Ken Paxton filed a lawsuit against Griddy, alleging that the firm violated the Deceptive Trade Practices Act by mispresenting the risk to customers.

“As the first lawsuit filed by my office to confront the outrageous failure of power companies, I will hold Griddy accountable for their escalation of this winter storm disaster,” Paxton said in a public statement. “My office will not allow Texans to be deceived or exploited by unlawful behavior and deceptive business practices.”

Days earlier, ERCOT revoked Griddy’s rights to participate in the wholesale electricity market, due to a “payment breach.” Griddy’s customers were moved to other providers.

In a statement on its website, Griddy said ERCOT “decided to take this action against only one company that represents a tiny fraction of the market and that shortfall.”

“We have always been transparent and customer-centric at every step,” Griddy said. “We wanted to continue the fight for our members to get relief and that hasn’t changed.”

An uncertain future for index pricing

It may take customers a while to warm back up to the idea of indexed pricing, even if it normally can offer savings, Rai said.

“At least for the next year there’s going to be a lot of skepticism about plans like this,” Rai said.

Bhatraju said that fixed-price plans and things like batteries that provide homeowners with energy security were set to become even more attractive.

“Our energy markets are literally going to be defined by unpredictable, crazy weather over the next few decades,” he said. “A lot of consumers will be looking for protection.”

This story was originally published on February 23. It was updated to include information from a lawsuit filed against Griddy by the state AG and a notice from ERCOT banning the firm from participating in the state’s electricity market.