There’s abundant magic still in The Piano Lesson, August Wilson’s grand, 1987 Pulitzer Prize winning tale of a Black family torn between legacy and ambition, the past and the future, and, it’s not an overstatement to note, between life and death.

In the new beautifully performed production opening on Broadway tonight at the Ethel Barrymore Theatre, first-time Broadway director LaTanya Richardson Jackson unveils a great deal of that magic – and not always in the places you’d expect. Yes, there are the flashes of the supernatural visitations and omens that the playwright mined from Blues mythology and African American folklore, but the magic Jackson conjures from her cast is one of the most impressive displays currently on Broadway.

Samuel L. Jackson, John David Washington (BlacKkKlansman, Amsterdam), and Danielle Brooks (Orange is the New Black, the upcoming film adaptation of The Color Purple) are only the most obvious names to mention first – that’s some considerable Hollywood star power – and the three turn in performances so thoroughly embedded in Wilson’s idiosyncratic universe of the earthbound -= where money and death and grudges and family ties and maybe murder are the stuff of the everyday – and the otherworldly, with vengeful spirits and beloved ancestors demanding to be heard.

Indeed, it’s the quotidian magic that comes from daily striving and surviving that Richardson and her cast – which also includes Ray Fisher, Trai Byers, the remarkable Michael Potts and a very funny April Matthis – that really hits the right chords in this Piano Lesson. The magic-magic, though cleverly presented with the help of Scott Lehrer’s eerie sound effects, Alvin Hough Jr.’s sometimes spooky music, Japhy Wideman’s scary-movie light flashes and, perhaps most arrestingly, Jeff Sugg’s ghostly projections – isn’t nearly as spellbinding as the simple and awesome pleasure of watching a stage full of young actors coming into their own and older ones displaying the skills and talents honed by decades. 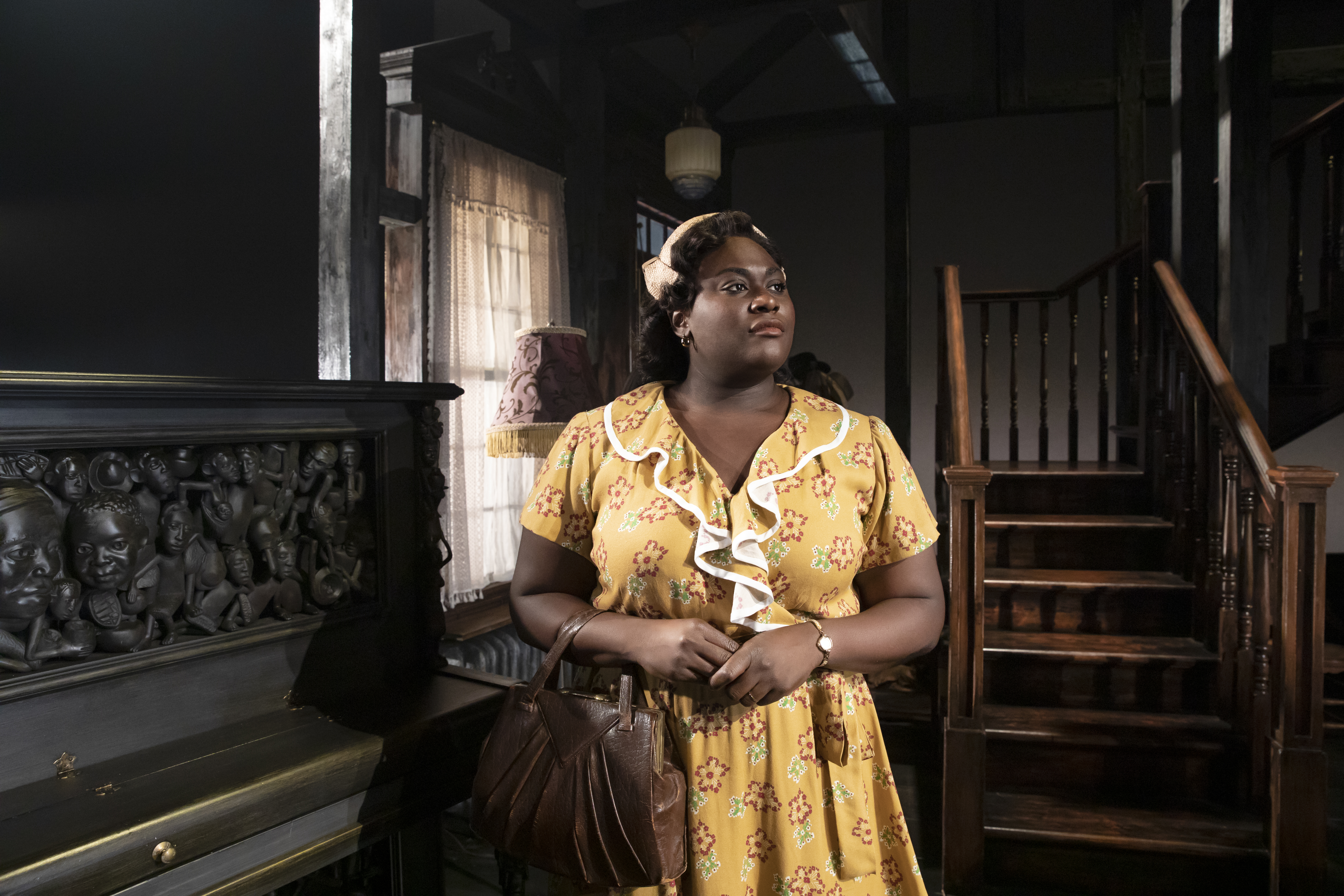 Set in 1936, The Piano Lesson is the fourth of Wilson’s 10-play Century (or Pittsburgh) Cycle, and chronicles various members and generations of the Charles family, gathered in the Pittsburgh home of Doaker Charles (Jackson), uncle to the young widow Berniece (Brooks), who, along with her 11-year-old daughter Maretha (Jurnee Swan), share the house.

Their quiet life is upended with the arrival from the ancestral home in Mississippi of Boy Willie (Washington, making an impressive Broadway debut in the role originated by Jackson 35 years ago at Yale Rep), who, at 30, is tired of his sharecropper life and wants to seize an opportunity to purchase the land his family has long worked, whether forced as enslaved people or, as with Boy Willie now, by something closer to choice. All he needs, he says, is his share of the money that he and Berniece could raise if they’d just sell the old, intricately carved piano that’s long held an important place in the family’s history and heritage.

Under the pretext of arriving in Pittsburgh to sell a bunch of watermelons that he and his friend Lymon (Fisher) have trucked up, Boy Willie might have other reasons for getting out of Mississippi – the landowner named Sutter whose family once owned the Charles ancestors has died under mysterious circumstances. Boy Willie, repeating local legend, blames the ghosts of Black men murdered by white men, his father included, while Berniece puts the death squarely on Boy Willie’s shoulders. 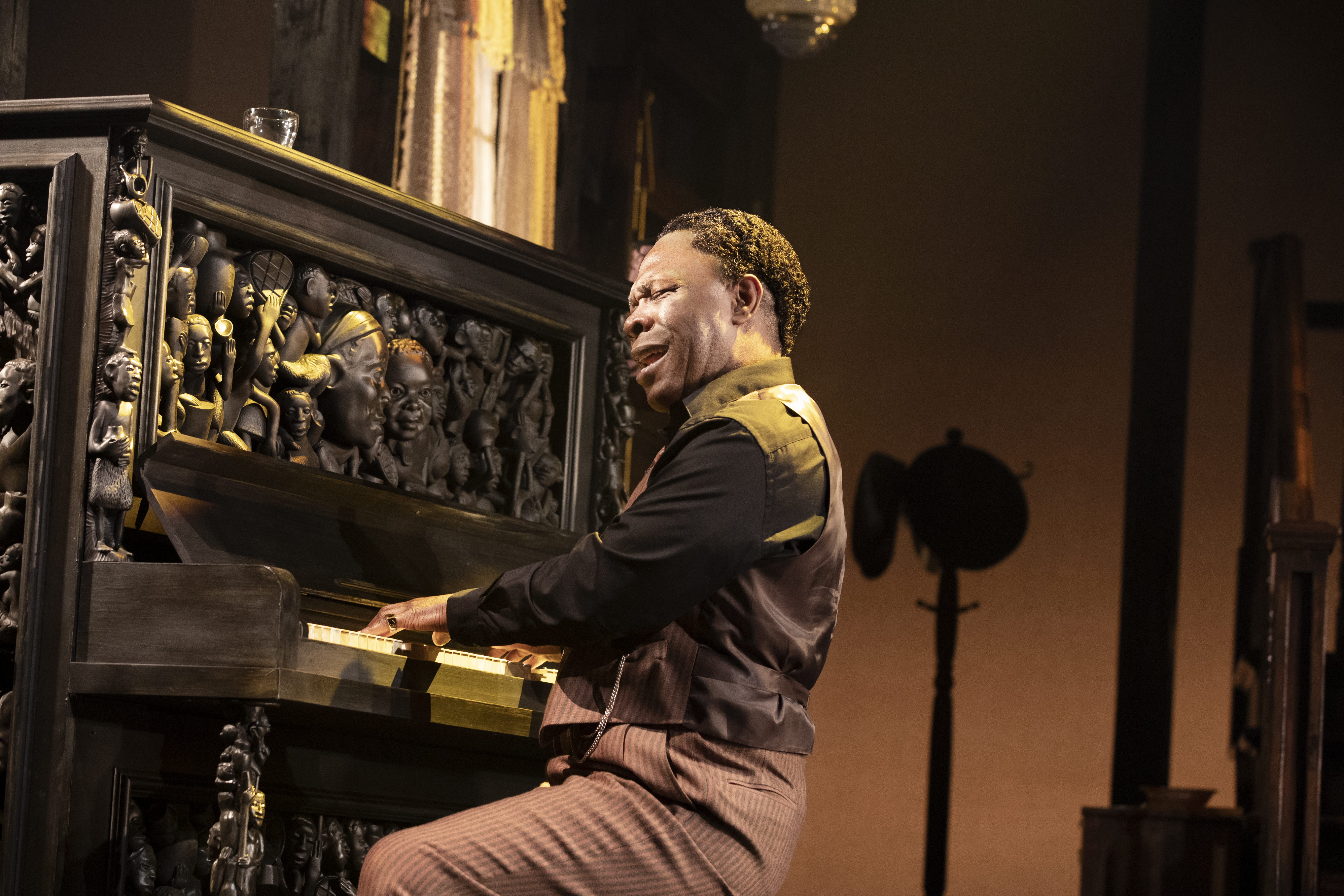 Also in the play’s mix are Avery (Byers), a family friend-turned-preacher in love with the emotionally closed-off Berniece, and Wining Boy (Potts, whose Broadway credits include 2018’s The Iceman Cometh, starring John David Washington’s father Denzel ), Doaker’s brother who has drunk up or gambled away any money he’s made over the years as an itinerant musician. He and Doaker know all too well the history of the family piano – they, along with their brother Boy Charles (the father of Berniece and Boy Willie), stole back the heirloom decades earlier from the family of the slave owner who had usurped the instrument. Boy Charles paid for the action with his life.

“Ain’t nobody said nothing about who’s right and who’s wrong,” Doaker says as he recounts the family history for the benefit of Lymon. “I was just telling the man about the piano. I was telling him why we say Berniece ain’t gonna sell it.”

Without spoiling some of the play’s jump-scares and surprises: there will be hauntings – Sutter’s ghost seems to be restless – and Wilson was never shy about melding the earthly with the unearthly. Even the play’s outsider – Grace (Matthis), the neighborhood’s red-dressed bar flirt fancied by both Boy Willie and Lymon – knows a ghost when she sees one (handily delivering the production’s funniest, laugh-out-loud moment).

While the outcome of the play’s central dilemma – will Berniece agree to sell the piano and let loose of the family’s history to appease her brother’s hopes for a more secure future – won’t be in doubt by anyone who has seen either a previous production or the 1995 TV-movie adaptation, director Jackson, the wife of Samuel L. Jackson, maintains the dramatic tension throughout the three-hour running time. She (and Wilson) hand each actor a worthy moment in the spotlight, with every last member of this cast taking full, terrific advantage. There’s not a weak link here.

Unfortunately, the director hasn’t quite figured out how to pull off the play’s notoriously tricky, borderline silly ending – don’t look to the movie for answers, either – in which the supernatural and the earthbound collide in no uncertain terms. As chaos erupts – lights flashing, Berniece begging for help from the ancestors, the wood frame skeleton of the house (set designer Beowulf Boritt doing typically fine work) creaking loudly as it moves in on itself – Boy Willie tussles in slo-mo with one of those projection-effects ghosts.

Before your eyes can settle on any one room of the house, it’s all over, and so, within moments, is the play, bringing a hasty and unsatisfying conclusion to an otherwise well-paced and top-notch production.

Skydance Media Completes $400M Funding Round That Values Company At $4B+