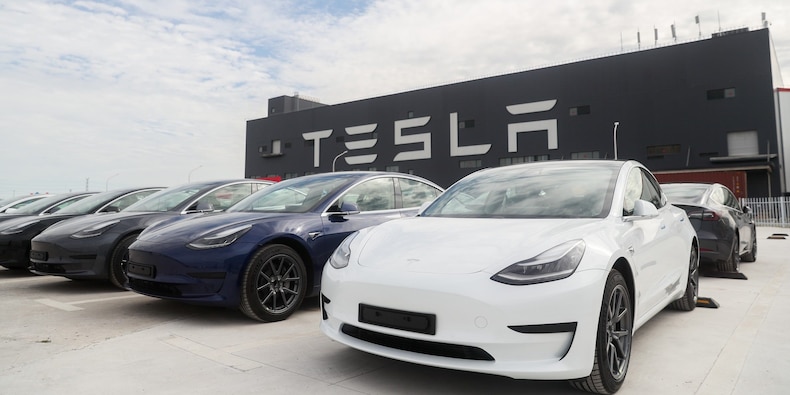 Tesla's is off to a strong start so far in 2021, as pent-up demand led to its first-quarter deliveries beating analyst expectations despite an ongoing chip shortage.

The sales results represent a "paradigm change" for Tesla and signal that a "green tidal wave" is looming, Wedbush analyst Dan Ives said in a note on Sunday.

Ives upgraded Tesla to Outperform, added the stock to the Wedbush Best Ideas list, and increased its price target to $1,000, representing potential upside of 51% from Thursday's close.

"Tesla's Model 3/Y is hitting its next stage of growth as part of a global green tidal wave underway," Ives said, who believes the electric vehicle manufacturer could exceed 850,000 deliveries for the year and even hit a 900,000 stretch goal.

A big catalyst that looms for Tesla is President Joe Biden's green energy agenda, according to Ives. Mainly, a removal of the sales quota ceiling on EV tax credits by Congress could significantly lower the end-price of Tesla vehicles for US consumers.

The current EV tax credit law phases out a $7,500 tax credit once an auto company hits 200,000 in EV sales. Both Tesla and General Motors have both surpassed that sales quota, effectively eliminating the tax credit for their vehicles.

"We believe this dynamic is about to change in a big way for Tesla as we expect Congress to ultimately remove the ceiling on the EV tax credits as part of the broader $2.3 trillion Biden infrastructure plan," Ives explained.

On top of removing the tax credit ceiling, Ives believes Congress may increase the tax credit to $10,000 from $7,500 to "catalyze EV consumer demand," according to the note.

Ives believes Tesla is best positioned to capitalize off of the growing EV market, which currently represents just 3% of all car sales today. That could surge to 10% by 2025 "as the auto sector is transformed green over the coming years," the note said.

"With a green tidal wave kicked off by Biden last week in the US, and global EV demand skyrocketing going after a $5 trillion TAM over the next decade, we believe these delivery numbers are a paradigm and sentiment shifter for the space going forward," Ives concluded.

Read more: Goldman Sachs says buy these 33 stocks now as profits rebound for companies that suffered the most during the pandemic