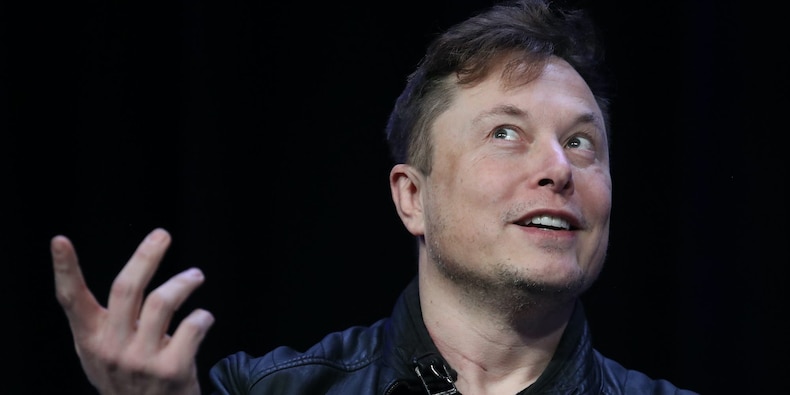 Tesla has racked up paper profits worth $1 billion on its bitcoin investment as the price of the cryptocurrency soars, according to estimates by Dan Ives, an equity analyst at Wedbush Securities.

“Based on our calculations, we estimate that Tesla so far has made roughly $1 billion of profit over the last month from its Bitcoin investment given the skyrocketing price of Bitcoin, which now tops a trillion of market value,” Ives wrote in a note published Saturday.

The company “is on a trajectory to make more from its Bitcoin investments than profits from selling its EV cars in all of 2020,” he added.

Earlier this month, the electric-car maker disclosed an investment of $1.5 billion in bitcoin and said it would soon begin to accept the digital asset as payment for its products. Following the announcement, bitcoin has surged almost 72% and its market value hit $1 trillion for the first time. The token has now crossed an all-time high of $57,000, but was trading lower around $55,863 on Monday.

Tesla made its bitcoin purchase in January, when the price was fluctuating between $30,000 to $40,000, but the company didn’t specify when, or at what price, it bought the token. It remains unclear whether Tesla has sold any bitcoin.

“While the Bitcoin investment is a side show for Tesla, its clearly been a good initial investment and a trend we expect could have a ripple impact for other public companies over the next 12 to 18 months,” Ives said in the note. But the analyst expect less than 5% of public companies to head down the same route until more clarity around crypto regulations are determined.

Tesla founder Elon Musk has been on a consistent tweeting spree about bitcoin, most recently saying it’s a “less dumb form of liquidity than holding cash.” On Saturday, he said the price of bitcoin “seems high” after its market value surpassed $1 trillion.