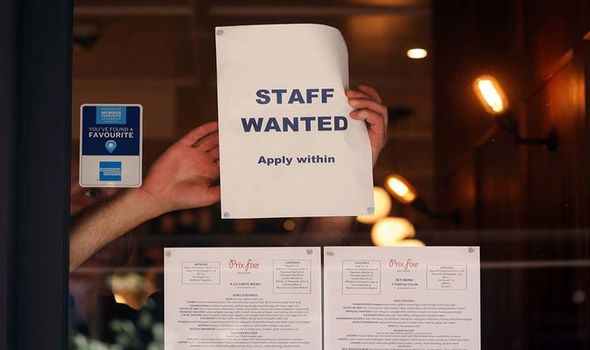 Recruiters said salaries offered to permanent and temporary staff have increased at the sharpest rate for 24 years. A survey of 400 recruitment firms also found the number of people available for jobs has fallen to a nearrecord low.

Greater demand for staff, a high employment rate, fewer EU workers and a lack of confidence among employees to switch roles due to the pandemic all contributed to the latest decline in candidate numbers.

Claire Warnes of KPMG, which helped with the study, said: “While higher salaries are good for jobseekers, wage growth alone is unlikely to help sustain economic recovery because of limited levers to bring people with the right skills to where the jobs are and increase productivity.

“The sharp rise in hiring activity is a reason to be hopeful, but competition is fierce. The end of the furlough scheme should be bringing tens of thousands of new people to the jobs market, but many do not have the right skills to transfer to the sectors with most demand.”

“Competition for staff has led to the fastest growth in starting salaries since this survey began – not just in logistics and food processing, but in white collar professions as well.

“We have all seen how labour shortages have affected our everyday lives over the past few weeks, whether that’s an empty petrol station or fewer goods on supermarket shelves.

Claire KPMG “The scale of the shortages cannot be explained by one factor alone, but are a major challenge to businesses’ ability to drive the prosperity of the UK.”

A study by jobs site Adzuna suggested that technology companies and new firms are taking on workers at record rates. Popular jobs include programmers and developers.