Why will JioCinema live-stream the FIFA World Cup 2022 games for free? 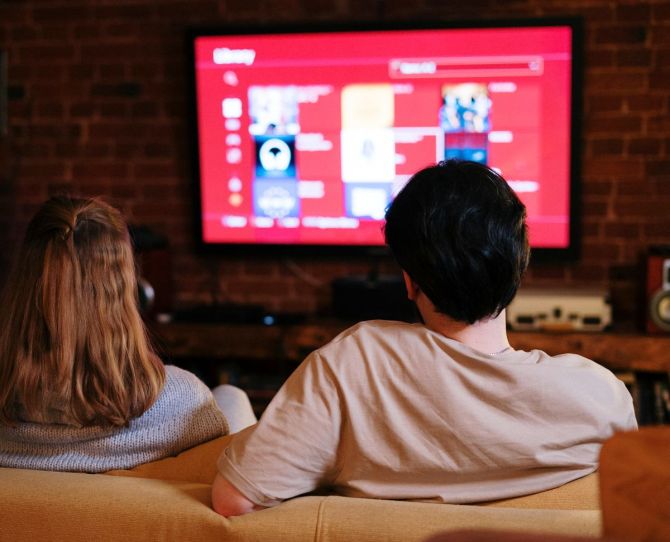 For Indian football fans there is a special treat from Reliance’s Viacom18. Its JioCinema will live-stream all the matches for free.

The ‘why’ is not difficult to gauge.

Last year, it beat Sony, Star and others to bag the TV rights to the FIFA World Cup for Rs 450 crore (Rs 4.5 billion).

By streaming the FIFA World Cup free on its OTT platform, “it will test out sports on JioCinema and get a feel for the IPL2023,” said Mihir Shah, vice-president, Media Partners Asia Viacom18 did not speak to Business Standard for this analysis.

Shrikant Shenoy, associate vice-president at media buying agency Lodestar Universal, agreed: “A lot of people who are not used to watching sports on mobile will come in.”

JioCinema has access to all of the 420 odd million people on Jio Infocomm, India’s largest telecom player.

At over 22 million subscribers, SonyLIV is among the largest pay OTTs in India after Disney+Hotstar.

It streams many non-cricket sports, particularly tennis and football, which draw “good numbers from the North-East, Kerala and West Bengal, apart from the big cities,” said Khan.

“The eCPM (cost per mille or thousand) for sports is almost three times that for entertainment,” said Khan.

SonyLIV gets about a fifth of its subscribers and over a third of its advertising revenues from sports. 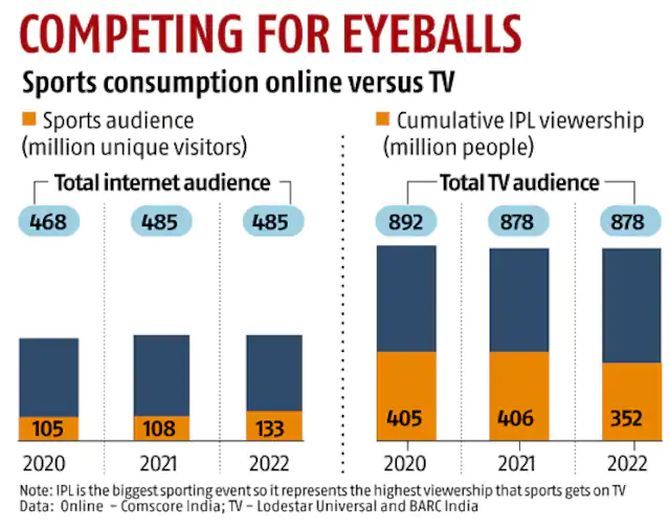 Entertainment, sports and film are three genres that drive media businesses anywhere in the world.

Of these, ‘Sports is the ‘livest’ piece of content. Everyone needs it to build a business,’ Michael Nathanson, senior managing director of the US-based MoffettNathanson, said at a recent event.

Note, a large broadcaster with a bunch of good sports properties would get between 10 and 30 per cent of its total revenue (ad plus pay) from sports. That explains the game from the streaming end.

However, the fact is a bulk of sports consumption still happens on television.

In the US, the mecca of digital, more than 90 per cent of the viewership of the Super Bowl came from television. This is true for many other marquee games in that market.

In India, the 2022 IPL had at its peak 144 million unique visitors online, according to Comscore data.

Though the numbers are not strictly comparable, it had a cumulative television viewership of 352 million.

The fact is TV reaches more people and has more impact.

A total of 485 million Indians are consuming sports, entertainment, news or information online according to Comscore.

TV, on the other hand, reaches 878 million viewers.

Even after adding up the amplification on social media, the engagement that people have with teams and a sport online, the fact remains that TV brings in the bulk of the revenue and consumption, for now.

Going by Media Partners Asia’s analysis, Disney’s revenues from broadcasting the Indian Premier League are almost twice that from streaming it online.

Jio, Meta or Amazon Prime Video can spend big bucks on rights, but simply do not have the reach of, say, Disney+Hotstar.

That is why they need sports and are happy to pay big bucks. But can the leagues and franchisees deal with the short-term fall in impact and TV viewership that comes with alternative online offerings?

“The IPL, National Football League — a lot of these sports need substantial investment in rights. TV can’t support this alone, it needs a second window and that is what streaming offers,” said Vivek Couto, executive director, Media Partners Asia.

The long-term return-on-investment in sports has been in question and pure-play sports apps like say ESPN + simply cannot fill the gap.

For the leagues and right holders, then, both online and broadcast, entertainment and sports, have to be mixed to maximise returns.

The 34 matches of ILT20, being played in the United Arab Emirates early in 2023, will air on 10 Zee channels including Zee Cinema and on Zee5, its OTT channel. Both online and broadcast are with one entity, Zee.

The multiplier effect is what could help this league hit both reach and revenue targets reckon analysts. That could be JioCinema’s game as well.

How can Nirmalaji raise more revenue?