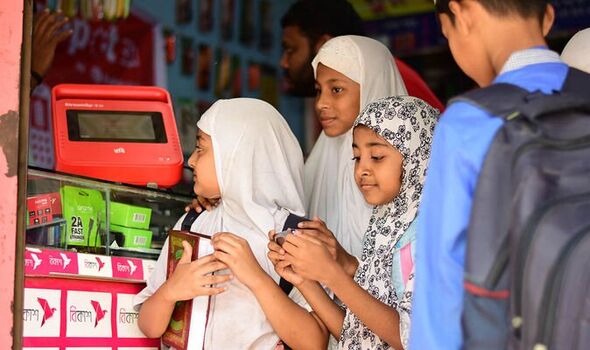 While many have phones and broadband network coverage, affordability and the power supply for charging devices are major obstacles in places lacking the infrastructure. Globally, around one billion people are unable to access a reliable supply.

BuffaloGrid’s “connecting the unconnected” solution centres on its hubs and StreamSpot+ service.

Here multiple phones can be charged at one time, with each device able to service up to 800 users who can download education, health, sports and entertainment content.

Belfast-based co-founder and chief executive Daniel Becerra says: “We partner up with a mobile network operator and the thousands of local agents in shops who sell their airtime and SIM cards.

“We are also securing content partnerships. Our system is market-ready, it can be installed and the agent trained within two hours. Return on investment in hardware, duties and deployment costs is in six months.

“Our customers are typically aged 18-35. The pandemic revealed the consequences of the digital divide as the unconnected were left behind.

“For displaced people, it was even worse. New thinking is needed for them and those who host them. Our solution is scalable and affordable.”

The technology has been developed with Scotland-based businesses A2E, which worked on the electronics and software, and Wideblue, which created the mechanical design. Both are part of the US group Pivot International.

“Everything we asked for has been met in the cost-effective way we needed,” says Becerra. Hardware development is complete and rollout underway in Bangladesh, where BuffaloGrid has a major agreement to supply hub locations. Nigeria will follow this summer.

The platform is expected to have three million users in 2023, generating a £5 million-plus turnover.

Backing of £6million has come from grants and equity, including venture capital investors Seedcamp and LocalGlobe. A Series A capital raise of up to £8million is planned for later this year as BuffaloGrid expands. It currently employs 15 in the UK.

The company, which is also eyeing Zimbabwe and The Gambia, has teamed up with the United Nations to deliver services in refugee camps and is aiming to help Ukraine.

“We have heard from the United Nations High Commissioner for Refugees about the massive need, and plan to make more of our Buffalito power banks available,” says Becerra.

“Get power and give power – that’s our message.”