A self-described socially conscious vegan food manufacturer laid off its entire production staff in North Carolina on Friday, infuriating workers who said the lack of notice and severance pay was out of step with the company’s stated values.

Audio of the layoff announcement at No Evil Foods provided to HuffPost by a source captured stunned workers shouting back at company leaders who delivered the news.

“So we get fired so you can stay alive?” one worker said to the company’s chief executive, Mike Woliansky, as Woliansky explained that the facility will be shut down.

Several workers reacted with disbelief after the company’s human resources chief, Drew Pollick, explained they would be paid for Friday’s work but nothing beyond that because “we’re out of money.”

Workers were heard yelling “screw all of y’all” and ”Fuck you!”

“You can’t tell me there’s absolutely no money,” one said.

“They got a better deal ― the ones that fucked up,” added one worker, in apparent reference to the company’s leadership.

No Evil Foods, which is based in Weaverville, north of Asheville, did not immediately respond to a request for comment on Sunday.

Woliansky said in the meeting that No Evil Foods was counting on a new infusion of cash that recently fell through. He said the pandemic presented a number of challenges for the company, and that leaders had decided to move to a co-manufacturing model, rather than have its own dedicated facility.

“The reality of the situation is the company has essentially run out of money, and we’re now really forced to make some really big, really difficult changes,” he said in the audio obtained by HuffPost. “It’s coming down to whether or not there will be a No Evil at all.”

Mike Rapier, one of the workers who spoke up during the meeting, said in an interview with HuffPost that the company’s leaders deserved all the backtalk. No Evil Foods describes itself as a purpose-driven food manufacturer, seeking to address “food insecurity, economic justice, and climate change” through plant-based options. Some of its products make cheeky nods to socialism, like the chicken-free Comrade Cluck.

Rapier said company leaders often spoke about the workforce as a family. That’s why Rapier, a production employee, expected more than a recommendation letter and a leaflet about an upcoming job fair.

“We would have big monthly meetings about core values and family and respect and save-the-world,” said Rapier, who added that he did not make the audio recording. “They preached all of this stuff, but then when it came down to it … they were very, very cutthroat.” 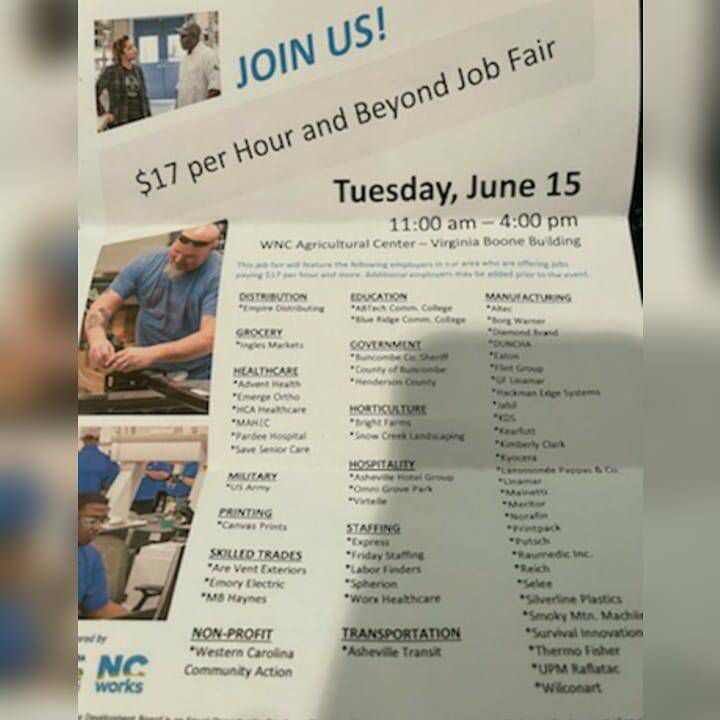 Companies generally are not required to provide severance pay unless a contract requires it. Sometimes employers are required to give 60 days notice or more under the Worker Adjustment and Retraining Notification Act or similar state laws, but the mass layoff at No Evil Foods appears to be small enough so that the law does not apply.

Rapier estimated that there were between 30 and 50 workers laid off on Friday, though he said others had been let go earlier in the year. The layoffs were first reported by Insider.

This is not the first time workers have accused No Evil Foods of not meeting its socially conscious image. The company pushed back hard against a union drive last year, holding captive-audience meetings and urging workers to vote down the effort with the United Food and Commercial Workers union. When audio of those meetings were posted to the internet, the company made legal efforts to have them removed.

The company fired two workers involved in the organizing effort, claiming they had violated the facility’s social-distancing rules. The two workers, Jon Reynolds and Cortne Roche, accused the company of illegal retaliation, and the National Labor Relations Board’s general counsel pursued a complaint. As Jacobin recently reported, No Evil Foods settled those claims by paying $20,000 to Reynolds and $22,500 to Roche.

Rapier said he really enjoyed working at No Evil Foods. He eats meat and didn’t buy into the plant-based-foods mission of the company, but he considered it a solid job and liked his co-workers. He left Ace Hardware a year ago to work at No Evil Foods.

According to Rapier, the company had recently invested in equipment that did not suit its production well, leading to frequent shutdowns. He said he had a feeling business was not going well. Still, Rapier said, given the mission of No Evil Foods, he assumed the company would try to give workers a softer landing.

“They talked the talk but they didn’t walk the walk with regard to their philosophy. They just dumped us,” he said. “This kind of upheaval is not right, the way they went about this.”

Rapier, 59, said his health insurance through No Evil Foods ended immediately Friday, and he isn’t sure if he’ll be able to find coverage he can afford. As for his next work plans, Rapier said he plans to go to that job fair.

States Where the Virus Is Growing the Fastest

Out of Eastern Europe, a Window Into the Post-Pandemic Office