Small businesses confidence hovered near a two-year low in April, with the most owners since 1981 reporting that sky-high inflation was their single most important problem, a survey showed on Tuesday.

The National Federation of Independent Businesses, a Tennessee-based association of small business owners, said its Small Business Optimism Index held steady at 93.2 last month, the fourth straight month of readings below the 48-year average of 98. It marks the first time this year the index has not declined.

Still, the outlook remains dark for many small businesses, with the percentage of owners expecting better business conditions over the next six months falling to the lowest level recorded in the 48-year-old survey.

The biggest problem, according to the survey, is inflation: 32% of small business owners reported that rising prices are their single most important problem in operating their business, the highest reading since 1980. 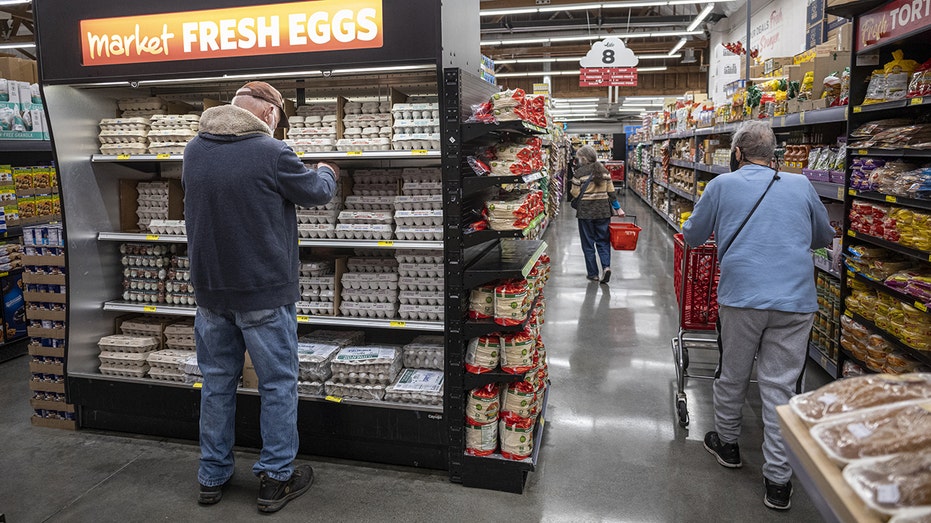 Businesses also struggled to onboard new employees, with nearly half of owners – 47% – reporting that they could not fill open jobs. The Labor Department reported last week that there were 11.5 million open jobs at the end of March, the highest on record. The number of available jobs has topped 10 million for eight consecutive months; before the pandemic began in February 2020, the highest on record was 7.7 million. 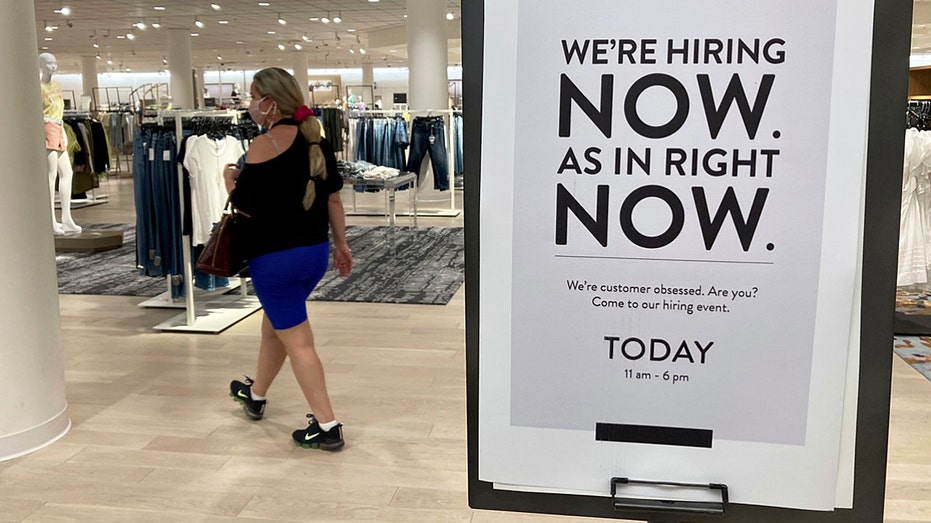 In this May 21, 2021 file photo, a customer walks behind a sign at a Nordstrom store seeking employees in Coral Gables, Fla.  (AP Photo/Marta Lavandier / AP Newsroom)

Of the small businesses trying to hire new workers, a stunning 93% reported that few or no qualified individuals applied for the position they were trying to fill.

American consumers are grappling with the hottest inflation in a generation, with the consumer price index climbing 8.5% in April from a year ago, according to a Labor Department report released last month, marking the fastest increase since December 1981. The CPI – which measures a bevy of goods, ranging from gasoline and health care to groceries and rents – jumped 1.2% in the one-month period from March.

Rising inflation is eating away at strong wage gains that American workers have seen in recent months: Real average hourly earnings decreased 0.8% in March from the previous month, as the 1.2% inflation increase eroded the 0.4% total wage gain, according to the Labor Department. On an annual basis, real earnings fell 2.7% in March.

The inflation spike has been bad news for President Biden, who has seen his approval rating plunge as consumer prices rose. The White House has blamed the price spike on supply chain bottlenecks and other pandemic-induced disruptions in the economy, while Republicans have pinned it on the president's massive spending agenda.

What A380’s failure can teach the shipping industry

States Where the Virus Is Growing the Fastest