ServiceNow, Inc. (NOW) stock rose more than 1% during Wednesday's session, extending its rally throughout the week. Bank of America reiterated its Buy rating on ServiceNow shares and raised its price target from $370.00 to $408.00, calling the stock a top pick given its rising relevance during the COVID-19 crisis. The analyst sees a solidifying path toward $10 billion-plus in long-term revenue as ServiceNow becomes a key business continuity tool that enables remote employees to return to work.

Wells Fargo also reiterated its Overweight rating and raised its price target on ServiceNow shares form $330.00 to $405.00 following the first quarter financial results in late April. Analyst Philip Winslow said that subscription billings and cash flow reductions wouldn't be as severe as the Street feared and that first quarter results were driven by the closing of several large deals. 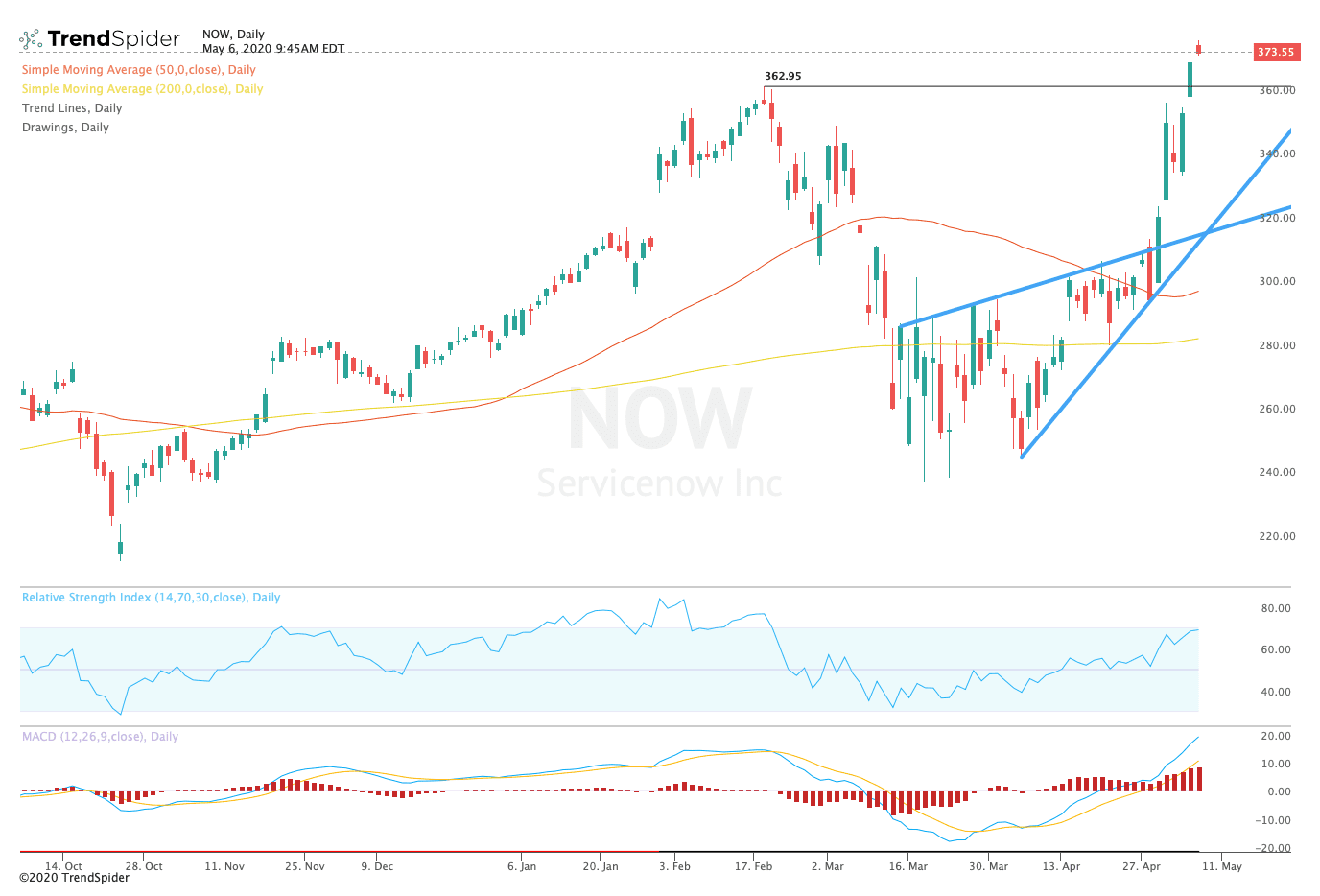 From a technical standpoint, ServiceNow stock broke out from prior highs of around $360.00 this week. The relative strength index (RSI) remains near overbought levels with a reading of 69.25, but the moving average convergence divergence (MACD) remains in a strong bullish trend after crossing above the zero line. These indicators suggest that the stock could see some consolidation before resuming its move higher.

Bitcoin plunge: Billionaire investor betting on ’easier to use’ crypto to overtake BTC