Drac is said to introduce a new and contemporary mythology around the origins of the iconic goth villain Dracula that will resonate with multicultural and youth audiences alike. The narrative follows Dante, an eerie, flute-playing immortal who finds himself drawn to the human condition against the natural order and better judgment of his species. Dante follows this obsession no matter how much trouble it gets him into — but a conflict for the ages erupts when his monstrous son Drac chooses a human bride. 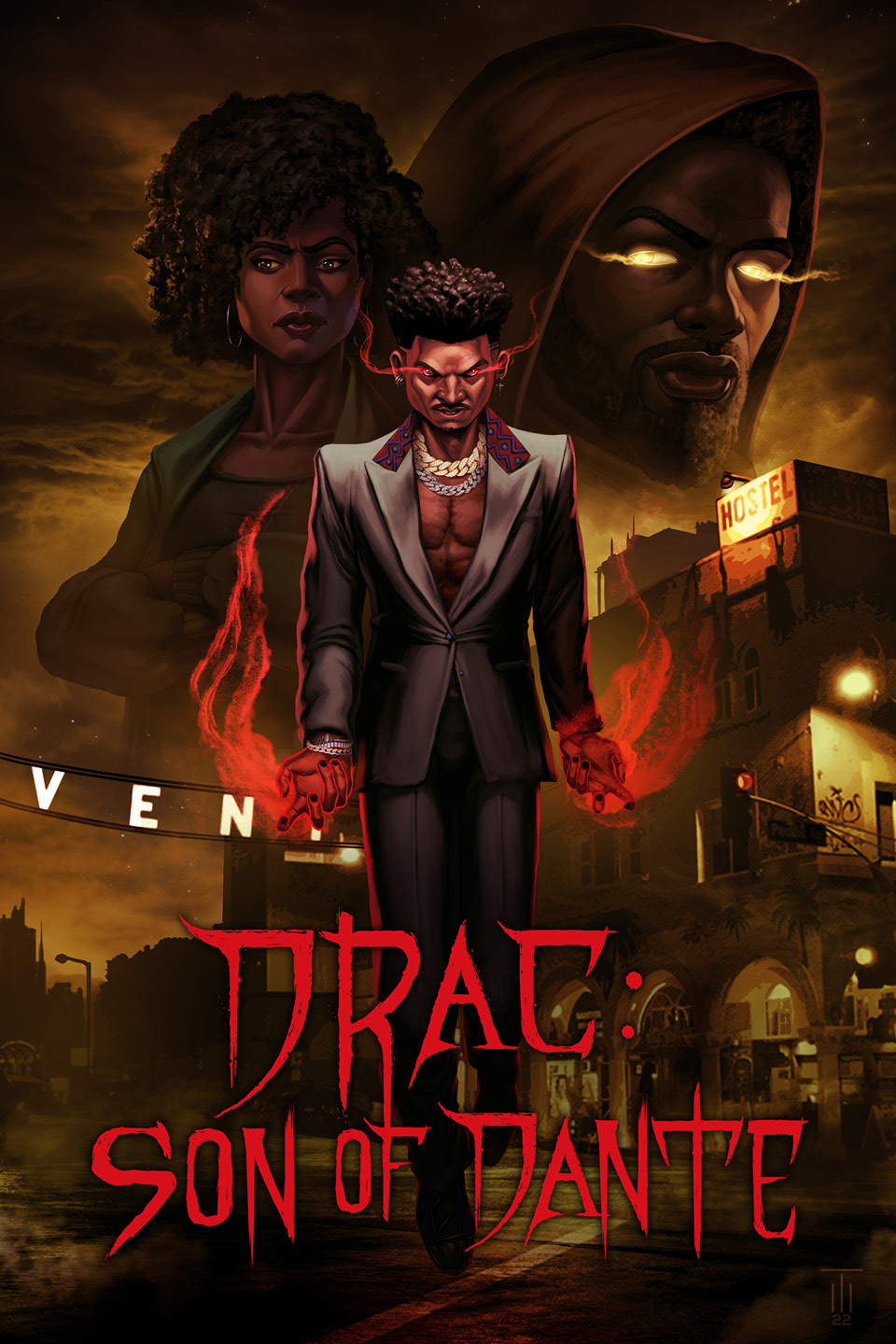 “I couldn’t be more excited to be collaborating with such a ridiculously talented group of creators,” said Ahmed. “The team’s accolades speak for themselves. But it’s the living energy my fellow writers – along with artists, editors, producers, and musicians – have brought to DRAC: Son of Dante that’s going to make this a story people talk about for a long time to come.”

“It’s truly an honor to have embarked on such an in depth creative journey, building a new world and new mythology with this world class team of people,” said Free. “I think people are really going to love what we’ve done with Drac.”

Said King: “We really think Saladin has tapped into something unique with this grounded rendition of a timeless classic.”

Added Endeavor Content’s SVP, TV Development and Production Eric Pertilla: “It’s been a true privilege building out the world of DRAC: Son of Dante alongside Layne and three of this generation’s most gifted storytellers – Saladin, Travon, and Shaka. We’ve created a world of characters and narratives that will give historically marginalized and overlooked communities a chance to see themselves represented in new and profound ways. This wouldn’t be possible without the partnership of Chris Robinson at Tapas and the writers and the amazing artists led by Ray-Anthony Height who’ve been instrumental in bringing the comic to life.”

Ahmed is an acclaimed novelist, comic book writer and poet whose fiction has been anthologized by George R.R. Martin, performed by LeVar Burton, and cited in the Dungeons and Dragons Player’s Handbook. His novel Throne of the Crescent Moon landed nominations at the Hugo, Nebula and British Fantasy Awards, and won the Locus Award for Best First Novel. The critical praise continued with his Marvel Comics debut, Black Bolt, which won the 2018 Eisner Award for Best New Series. Ahmed went on to chart the adventures of two of Marvel’s brightest young heroes in Miles Morales: Spider-Man and The Magnificent Ms. Marvel, also co-creating the Stoker-nominated horror comic Abbott at Boom Studios. His recent work has included the creator-owned series Starsigns and Terrorwar, as well as episodes of Spotify’s podcast Batman Unburied.

King landed a pair of Oscar nominations for the 2021 Warner Bros. drama Judas and the Black Messiah, starring Daniel Kaluuya and LaKeith Stanfield, which he co-wrote, directed and produced. He made his feature directorial debut with the 2013 dramedy Newlyweeds and has also directed episodes of such series as Shrill, High Maintenance and People of Earth, among other projects.

Free won his first Oscar last year for the live-action short Two Distant Strangers, starring Joey Bada$$, Andrew Howard and Zaria, which he wrote and co-directed with Martin Desmond Roe. He most recently produced the Tribeca-premiering HBO short 38 at the Garden from director Frank Chi, also penning the graphic novel Black Solstice for Dark Horse Comics alongside Roe. Free has also served on the writing and producing teams behind such series as Wilmore, Black Monday and Camping. Additional writing credits include Full Frontal with Samantha Bee and The Daily Show.

Established in 2012, Tapas Media is one of the fastest-growing digital publishing platforms of webcomics and novels in North America, which has created a community of more than 10M registered users and published over 103,000 stories to date. The company has multiple partnerships across multimedia platforms including Scholastic, Andrews McMeel Publishing, Yen Press, Zoic Studios, Vault Comics, BOOM!, Ten Speed Press (Penguin Random House), Kakao Entertainment, Podium Audio, Frolic Media, Madison Wells and Netmarble, among others. It won the Ringo Award for Favorite Publisher in 2020 and received its first Eisner nominations the following year, at the same time joining forces with Kakao Entertainment to expand its global storytelling footprint.

Endeavor Content was behind Cooper Raiff’s recently-released Sundance award winner Cha Cha Real Smooth for Apple Original Films. The studio is also involved with such upcoming films as Paramount’s 80 for Brady and Amazon’s My Best Friend’s Exorcism. Its credits on the TV side include Severance, Roar, Lady in the Lake, Omnivore, See and Truth Be Told on Apple TV+, Wolf Like Me for Peacock, Life & Beth, Nine Perfect Strangers and McCartney 3,2,1 for Hulu, and Tokyo Vice for HBO Max. Endeavor Content also handles global distribution for hit series including Killing Eve, The Morning Show, Normal People and The Night Manager.

Paul Krugman throws in the towel on calling the demise of bitcoin: 'Think of it as a cult that can survive indefinitely' | Currency News | Financial and Business News

Receiving unemployment payments? Why tax season might cost you next year

How Kerala ‘lost’ the battle against Adani