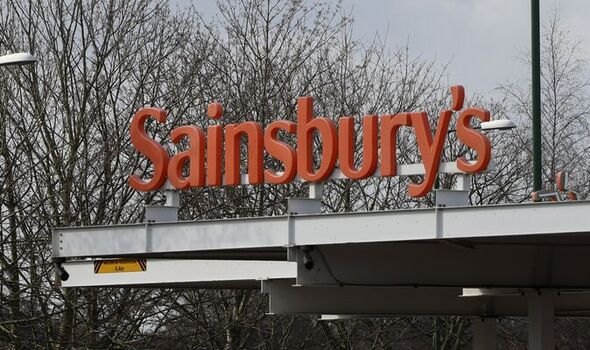 Additionally, Thursday will see Anglo-Dutch consumer products giant Unilever release its first quarter trading update, and analysts believe it will say the increase in its prices accelerated from 4.9 percent to 6.3 percent over the first three months of the year. Analysts expect Sainsbury’s to say it returned to the black over the 12 months to the end of March, with a pre-tax profit of £740.1million.

At the start of the year, Roberts was upbeat about Sainsbury’s prospects.

However, the City believes that he will add to warnings from Tesco boss Ken Murphy that trading this year will be tougher due to skyrocketing inflation squeezing the budgets of millions.

He is also expected to promise to try to keep prices in check for shoppers. CMC Markets chief market analyst Michael Hewson said: “Since then the picture has changed somewhat with the shares down at one-year lows in the wake of concerns about rising prices, impacting margins, along with rising costs as the food and retail sector competes to retain and take on staff.

“Earlier this month the supermarket signed up to the Real Living Wage, a pledge to pay all of its workers over £10 per hour.

“Sainsbury’s has struggled to compete with the likes of Tesco as well as Waitrose, while at the same time finding itself squeezed at the bottom end by Aldi and Lidl.

“It appears to be stuck in that difficult space of the squeezed middle.”

Unilever chief executive Alan Jope is tipped to say that rising costs have eaten into its margins at its trading update.

AJ Bell investment director Russ Mould said the market will be looking for first quarter sales of €13.2billion (£11.8billion), a 7.4 percent increase year-onyear, for the group behind Dove, Domestos, Ben & Jerry’s and Magnum.

“Unilever has acknowledged that higher prices could cost it some volume growth along the way and the mix will therefore also be of interest,” he said.

“Analysts and shareholders will look to see whether Jope is sticking to his forecast of a drop in operating margin to between 16 percent and 17 percent.”

Nvidia's acquisition of Arm could be a 'nightmare' for China, CLSA says