Vlad Tenev, co-founder and CEO of online retail trading platform Robinhood, is set to be grilled by Congress on Thursday. Tenev will have to explain how his startup’s users engineered a financial mania around the company Gamestop that overshadowed the inauguration of a new president — and why he had to shut it down in a sudden halt of some trading.

For his part, Tenev will likely try to play the familiar role of tech disruptor bristling against outmoded regulations and stodgy vested interests. Technology, he has argued, could have kept the party going without any freeze.

It’s all part of Robinhood’s mission to “democratize finance.” But Robinhood’s definition of democracy seems to resemble the one floated by writer H.L. Mencken: that the common people know what they want, and deserve to get it good and hard.

The company’s proposal for how to fix the trading system in the wake of the Gamestop freeze is a deceptive bit of blame-shifting that doesn’t address what actually forced the company’s hand. If implemented, Tenev’s proposal would massively disrupt the inner workings of the global financial system. Are day traders’ tendies worth it?

An accounting for the Reddit-fueled GameStop mania

Robinhood and its swelling hordes of users drew the national spotlight this January after a group centered on the Reddit forum, or subreddit, r/WallStreetBets pulled off an audacious and surprisingly sophisticated flash-mob short squeeze of hedge funds like Melvin Capital. Melvin had made the entirely reasonable bet that the stock of ailing brick and mortar video game retailer Gamestop would decline in value.

WallStreetBets users bought derivatives through low or no cost trading platforms like Robinhood to mechanically force the GameStop’s stock to soar, sending it on an historic 1,700% rally and nearly destroying the short sellers like Melvin.

Then the music stopped. As the frenzy of trading and schadenfreude reached a crescendo, Robinhood froze users’ ability to buy GameStop and other so-called “meme stocks” like the movie theater chain AMC. The price of Gamestop cratered, as did Robinhood’s reputation with its users. Some of the outraged amateur day traders have since driven thousands of miles to Robinhood’s Silicon Valley headquarters to protest the platform’s opaque moves that brought the rally to a crashing end.

Tenev, like so many fresh-faced tech bros before him, is trying to shift the blame for the debacle away from his platform and onto outmoded regulations that fail to account for technological innovation.

In a blog post, the company put the blame for disrupting WSB’s rocket to the moon on the two-day trade settlement system, a technical piece of financial plumbing often overlooked by most people in the finance system.

“The existing two-day period to settle trades exposes investors and the industry to unnecessary risk and is ripe for change,” CEO Vlad Tenev wrote. In breathless prose, he argued that technological innovation obviates the need for two days between submission of orders — that is traders saying they want to, say, buy or sell a stock —  and money actually changing hands. 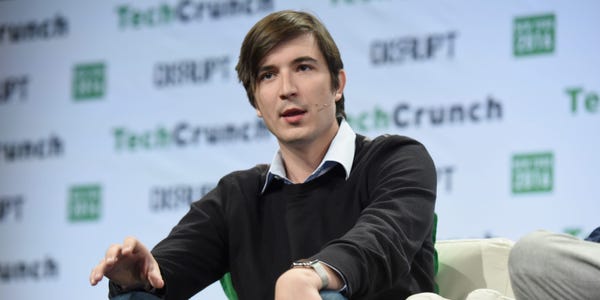 But the problem Tenev describes — the two day delay in settlement — and the solution he demands — instantaneous settlement — do not bear resemblance to how the system of settlements actually works or what actually forced the company to halt trading in Gamestop. In fact, following his suggestion would massively disrupt global finance.

Congress and regulators should not rewire the financial system to help a tech bro who is out of his depth deflect blame. Instead, they should compel Robinhood to play by the same rules as other brokerages, rules that were implemented to protect the market from systemic risk.

The real reason for the Robinhood freeze

First, it’s important to review why the volatile trading of Gamestop and the need to settle those trades forced the platform to take such drastic and unpopular action.

As Tenev said, under the current system, it takes two days between brokerage users submitting orders to buy or sell a stock or option and the actual exchange of securities. When the user submits the order, the brokerage places the order with the Depository Trust and Clearing Corporation or DTCC. In between the order being placed and the settlement two days later, the brokerage has to set aside some cash in order to make sure that the trade can be executed at the end of the two day settlement period.

As the value of orders increases — so say if thousands upon thousands of retail traders are furiously gobbling up millions of shares of a company and options on its stock — brokers have to put up increasing amounts of this collateral to avoid trade failures if, say, a buyer goes broke before settlement and can’t produce the money to fulfill the order. 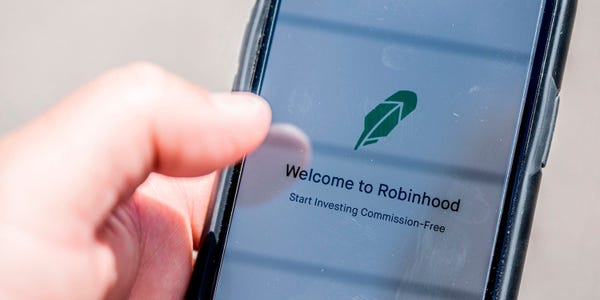 So it was the case on January 28, when the DTCC demanded Robinhood post a whopping $3 billion in collateral on its users’ behalf due to the stunning amount of trading on the platform. But, the company didn’t have the cash on hand. So Tenev had no choice but to cut off the rally and raise emergency funds in order to post the needed collateral to the DTCC and save Robinhood itself from bankruptcy, which would have destroyed all of its users’ accounts.

The post-2008 Dodd-Frank financial reform bill imposed this requirement after uncollateralized over-the-counter derivatives (like those the Robinhood traders used to force Gamestop’s share price) turned a housing crash into the worst global financial crisis since the Great Depression.

In Tenev’s telling, real-time settlement — that is, an immediate exchange of securities and cash as soon as the orders are placed — would have prevented the halt, and technology should make such a system child’s play to implement.

From the point of view of his retail users, it makes sense. For trades that can be settled within brokerages like Robinhood, like when one user buys a stock that another is selling, clearance may be a matter of more or less automatic internal accounting which can indeed be settled instantly. But as large as the world of retail trading has gotten over the past year, it is a small sliver of the global financial system.

Buyers and sellers have to exchange deeds of ownership and correctly route trades between accounts, which can be complex for investors larger than Robinhood’s retail users. Lawyers have to make sure trades meet regulations. To perform same-day settlement, nevermind real-time settlement, financial firms would have to hire massive amounts of people in their operations departments to keep up. With all trades settled at one time per day, settlement can be netted — that is, combined — whereas if clearing was real-time, each individual transaction would require its own settlement process, creating massive inefficiencies.

And doing what Robinhood asks could also have larger implications for how markets work. With instant settlement, all trades would have to be pre-funded, so only traders with cash on hand to complete the transactions would be able to make trades. Whereas with two days before trades go through, there’s time to get the money together. This delay allows for more flexibility in the system and keeps money flowing through the financial piping, rather than piled up in reserve to execute trades

Global trading under real time settlement would also be difficult. Since trades on American exchanges like the New York Stock Exchange or Nasdaq cleared at one time everyday, it’s easier for people in different time zones to do business.

The American financial system has steadily shortened the time for settlements down from five days to two since 2004. But other countries still developing their markets have gone in the other direction as their financial systems mature. When Russia’s stock market first opened, it required pre-paid trades, but in 2013, it went from same-day to two-day clearances. If the far larger American exchanges went to real-time trading, the result would almost certainly be a drastic reduction in market activity.

A solution in search of a problem

In fact, the idea that Tenev is proposing has been well studied by regulators and experts alike, and has generally been found to be more trouble than it’s worth.

The DTCC, which facilitates trade clearances, has actually explored going to real-time trade settlement and found it unfeasible given financial, regulatory, and cyber security concerns. Contrary to what Tenev suggested, the waiting period isn’t a relic of mere technological sclerosis. There are real, substantive reasons why it would be extremely difficult to adopt his suggestion. It’s possible, but it would require “a radical reengineering” of the financial system’s plumbing that amounts to a years-long project, as DTCC put it.

In any case, it wasn’t the settlement period or technological backwardness that tripped up Robinhood’s GameStop binge. It was the company’s Silicon Valley attitude that left it short of cash when it needed it the most.

The brokerage halted trading because it was required to post massive amounts of cash that it didn’t have to keep up with the Reddit-fueled volume and volatility. With a valuation of $12 billion, Robinhood is a fairly small company compared to its conventional competitors. More established, better capitalized brokerages like Fidelity didn’t have this problem, and they were home to tons of Gamestop trading. But trying to get rid of commonsense regulation created out of the 2008 crash to stabilize the financial system after a devastating meltdown sounds a lot less politically appealing than blaming the debacle on some seemingly outmoded waiting period.

Even more galling is that the waiting period saved Robinhood’s bacon, allowing the start-up time to raise the necessary cash. Such collateral requirements might not be necessary if the entire financial system cleared trades in real time with everything prepaid, but as discussed above, there are good reasons why the system doesn’t already work like that.

Unfortunately, the questions raised by the House Democrats who will put Tenev on the spot do not suggest they have a better grasp of what happened with Robinhood’s trading halt.

House Financial Services Committee Chair Maxine Waters and Oversight Subcommittee Chairman Al Green have said they want to know if big hedge funds leaned on Robinhood to halt trading in order to protect their peers like Melvin from the retail traders. Left-wing phenomenon Rep. Alexandria Ocasio-Cortez, who sits on the Financial Services Committee, has also suggested as much.

But there is no evidence for the lawmaker’s conspiratorial suggestions. Other hedge funds and institutional investors made plenty of money on the Gamestop rally. As Benn Eifert of hedge fund QVR Advisors pointed out in a recent episode of Bloomberg’s Odd Lots podcast, still others saw an opportunity to short the rally at its height and have done quite well. Far from being a straightforward story of David vs. Goliath, or a Wall Street conspiracy to protect their own, the Gamestop rally and its ignominious end lacks a clear moral or political meaning.

If there are any lessons to be gleaned from the rise and fall of the Robinhood Gamestop trade, they are the same ones we have learned from new internet platforms far beyond the world of finance.

The Silicon Valley ethos of moving fast and breaking things sounds sexy, but it’s no way to run an economy. People use platforms in unpredictable ways. We don’t need to let people put their whole being into social media fever dreams. These young men with lots of money may sound very confident, but they don’t necessarily know what they are doing.

Huge scam in YES Bank for many years, say ED