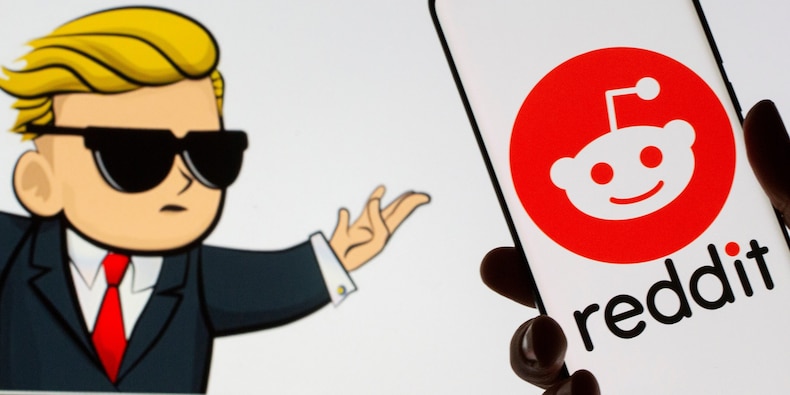 Reddit traders on the platform’s Wall Street Bets forum sparred on Wednesday, arguing over which short-squeeze target should be the top dog: Rocket Companies or GameStop.

Reddit’s Wall Street Bets forum now boasts over 9.4 million members-affectionately referred to as ‘degenerates’ by the community’s moderators. The forum has become a launching pad for retail traders to crowdsource short-squeezes in stocks.

GameStop has long been the main target of the Reddit army, but after a historic run for Rocket Companies’ stock on Tuesday, some members on the platform were urging the forum to embark on a new short-squeeze.

Based on Rocket Companies’ over 30% fall on Wednesday and discussions on the forum, it looks like GameStop may still be the darling of Wall Street Bets.

Posts show the Reddit crowd is sticking with GameStop as their main short-squeeze target, despite a falling short interest in the company. GameStop held a roughly 36% short interest rate on Wednesday compared to 42% on Jan 29, and over 150% in December of last year.

These figures are one sign of the community’s negative view on the Rocket Companies trade versus the GameStop trade.

The top comment on the GameStop Megathread, which had nearly 4,000 upvotes, also mocked members of the media for arguing “Gamestop is no longer Wallstreetbets’ top interest.”

Other commenters said they were selling Rocket Companies and putting their profits into GameStop. “Sold my RKT profits pre-market and bought more GME pre-market. This is the way,” user ‘u/kohlio’ said in a post that garnered 1,400 upvotes.

A Redditor by the name ‘u/hereforthecommentz’ even posted a video of SpaceX’s SN9 prototype rocket exploding on impact after a failed test flight with a caption that said RKT under it, illustrating his losses after the forum made its choice to stick with GameStop.

And finally, in a post that received over 9k upvotes at time of publication, Reddit user u/loganpizza posted a discussion attempting to make peace between the Rocket Companies enthusiasts and GameStop’s ‘diamond hands’ – shareholders who refuse to sell despite mounting losses or market conditions.

“This is the stock market, not the GME market. GME is not the only stock that exists. We all have the same sentiment that apes together strong and we will hold GME. With that being said, NOT F—— EVERYTHING IS A PLOY BY HEDGE FUNDS TO GET YOU OUT OF GME,” the user said.

“Ape no fight Ape” was the top comment with nearly 5,000 upvotes.

“Rocket was a really good play, especially with options. We don’t need to discredit good plays just because they are not Gamestop,” the user added.

The EU could go ahead with its Covid stimulus, despite Hungary and Poland’s veto

Sen. Ron Wyden said it's a 'prescription for trouble' to end jobless benefits for the long-term unemployed