The Recording Academy is celebrating its upcoming Grammy Awards with the launch of an exclusive NFT collection. Fans can get a free NFT as part of the deal, one of which has a “Golden Ticket” prize that grants the bearer an all-inclusive trip to the 64th awards April 3 in Las Vegas.

Web company OneOf is handling the technical end. The Recording Academy collection will roll out over the next three weeks, featuring digital works created by three NFT artists from diverse backgrounds that highlight OneOf’s mission to support women and POC in the space. 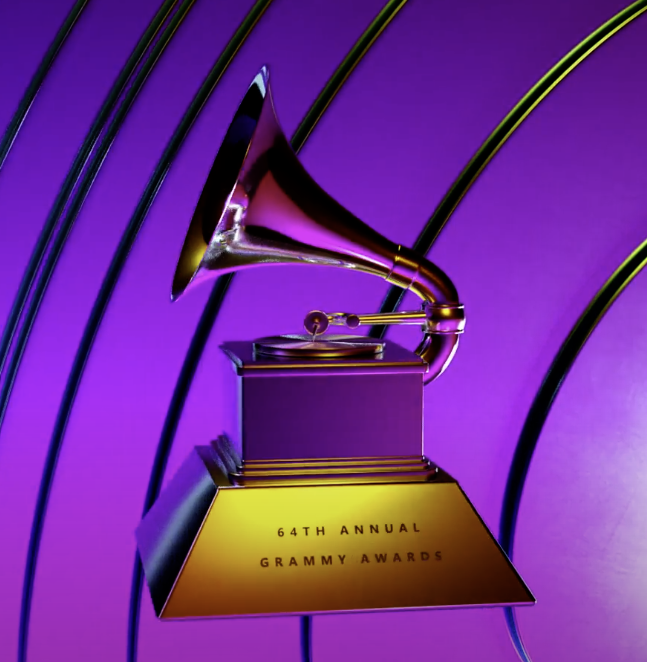 Each artist will create a series of limited-edition collectible works inspired by the Grammy Awards, ranging from animated videos to a 64-piece generative collection designed by ThankYouX that will drop just before the April 3 telecast. A portion of the proceeds will go to the Recording Academy’s scholarship fund.

Each artist will have a week devoted to their drop.

The partnership will commemorate the 64th, 65th and 66th Annual Grammy Awards, and the collaboration will also be featured in a spot that airs during the awards telecast on April 3.

“We are thrilled for this partnership with OneOf and to be dropping these exclusive NFT collections leading up to the 64th Annual Grammy Awards,” said Adam Roth, SVP, partnerships & business development of the Recording Academy. “To be on the forefront of technology while simultaneously serving the music community with a new and innovative platform is only the beginning of what NFTs are doing to change the musical landscape and to generate more income for music creators.”

“OneOf is looking forward to celebrating the biggest night in music with the Recording Academy, bringing this new technology to artists and fans in an accessible and environmentally friendly way,” says Adam Fell, OneOf cofounder and president of Quincy Jones Productions. “The art that ThankYouX, Emonee LaRussa and Andre Oshea have created is one of a kind and we are honored to be able to play a part in the opportunity for a fan to win a ticket to see the Awards in Vegas on April 3.”

If you have a Capital One card, you can now use your rewards to make purchases through PayPal

The World Catches a Dangerous Virus of the Mind