The U.S. pork industry faces a new speed limit on hog slaughtering, the result of a court ruling that worker groups welcomed and industry officials warned could disrupt farmers and processing plants.

Slowing the lines that slaughter hogs and disassemble carcasses would affect some of the U.S. pork industry’s biggest plants, including facilities owned by JBS USA Holdings Inc., Clemens Food Group, and Seaboard Corp. that together represent nearly a quarter of U.S. pork processing capacity. The shift would partially reverse the USDA’s 2019 revamp of hog slaughtering rules, representing a victory for labor unions and worker advocates who argued faster-moving processing lines challenge workers and inspectors to keep up, jeopardizing employee and food safety.

"You have three to four seconds to make your cut before another piece is in your spot," said Kristin Kinsella, a former line worker and union steward at Seaboard’s Guymon, Okla., pork plant, which began increasing processing speeds in 2020.

A Seaboard spokesman said employee safety is a priority and guiding principle for the company’s operations. The company is working with the USDA on processing speeds, he said. A JBS spokeswoman said the company, a unit of Brazilian meat giant JBS SA, would follow the USDA’s direction, and that worker safety is the company’s priority. 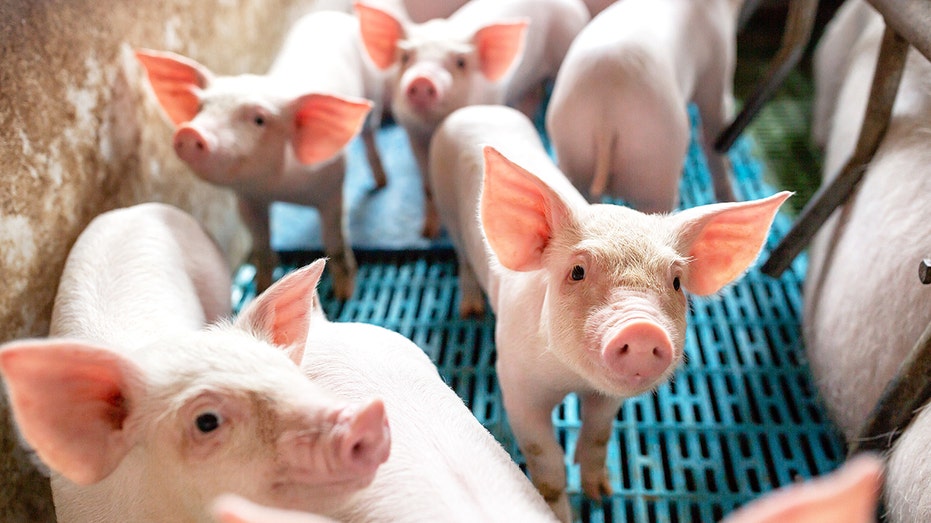 The U.S. pork industry faces a new speed limit on hog slaughtering, the result of a court ruling that worker groups welcomed and industry officials warned could disrupt farmers and processing plants. (iStock)

A USDA representative said the Biden administration is committed to worker and food safety and that it is reviewing the court’s decision on line speeds.

The North American Meat Institute, a trade group for meat processors, has called on the USDA to defend the faster speeds. Industry officials warned that slowing the faster-operating plants could leave the industry unable to process about 80,000 hogs a week, with pigs contracted for delivery to plants nearly a year in advance.

"It’s obviously going to have an impact on the market," said Mark Dopp, the Meat Institute’s head of regulatory affairs. Slowing plants could saddle meatpacking companies with higher costs and any livestock backlog could cut into hog prices for farmers, he said.

The pork industry faced a more extreme version of that situation in the spring of 2020, when Covid-19’s rapid spread through meatpacking plants forced some of the industry’s biggest plants to shut down for weeks. That stranded hogs on farms and led farmers to euthanize tens of thousands, according to state records.

The USDA finalized a new inspection system for pork processors in late 2019, allowing participating plants to slaughter hogs faster than the 1,106-per-hour limit under previous federal regulations. Under the overhaul, which was voluntary for plant plants to adopt, some food inspection duties shifted to meat company employees, rather than federal inspectors.

A legal challenge by the United Food and Commercial Workers International Union and the advocacy group Public Citizen succeeded in March in overturning the processing line speed portion of the USDA’s new rules. The U.S. District Court in Minnesota gave the USDA 90 days to determine plans for processing plants already running at faster speeds.

The change would apply not just to plants that sought to increase their pace of processing since the 2019 rules went into effect, but also to plants that for years could operate faster under a prior pilot program that dated back to the Clinton administration, according to the Meat Institute and pork processors.

The Meat Institute has urged the USDA to appeal the March court ruling. If the USDA doesn’t, Mr. Dopp said, the agency should consider waivers for plants already running at the higher rates. The USDA could also propose new rules backed by more robust data showing that plants can operate faster and still be safe for employees and consumers, he said. The USDA declined to comment on those proposals.

The UFCW union would oppose such waivers, said Mark Lauritsen, the union’s international vice president for meatpacking. "Profits should not be put in front of and on top of workers," he said.

While participating pork plants have had the ability to run at faster speeds, the daily pace of slaughtering often depends on staffing levels and other issues, like Covid-19 safety practices, industry officials said. Some pork plants capable of running at the higher speeds have chosen not to, like Smithfield Foods Inc.’s plant in Vernon, Calif., a company spokesman said.

Goldman Sachs just named the smallest, most diverse class of partners since its IPO