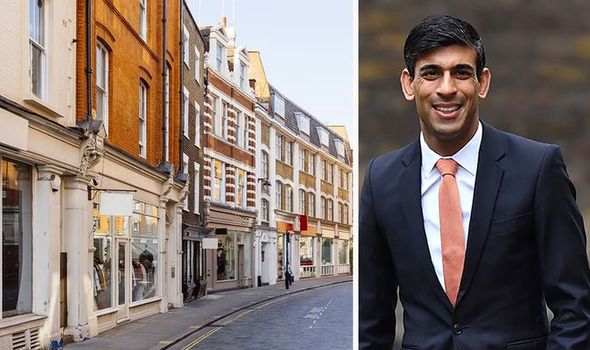 The CBI lobbying body along with trade associations representing all parts of the economy want the Government to reform the widely derided tax in this month’s Budget. The bodies, including UKHospitality, the British Retail Consortium, the British Property Federation and the Society of Motor Manufacturers and Traders, speak for 261,000 businesses and more than nine million workers.

They say that business rates prevent investment going into decarbonisation, job creation and productivity improvements that would lead to a sustainable rise in wages and living standards.

CBI chief economist Rain Newton-Smith said: “Action to get investment flowing into and around the UK is sorely needed to reinforce our recovery.

“The Chancellor has an opportunity to fix this, starting with fundamental business rates reform at the Budget and Comprehensive Spending Review. By setting out an approach that attracts investment, he can equip the UK with the tools it needs to secure the high-wage, high-productivity and high-skill economy of the future.

“With up to half of business investment potentially subject to business rates, it has become a tax on investment.”

The groups want business rates to move in line with property values, with firms instantly benefiting when they fall and a phased transition when they rise.

BRC chief executive Helen Dickinson said: “Without change, the areas most in need of levelling will be hit hardest. The choice is clear: cut rates and boost investment and jobs or leave them unchanged and see more shops closed and jobs lost.”

Brexit POLL: Should Boris threaten to cut off EU from City in finance deal ultimatum?