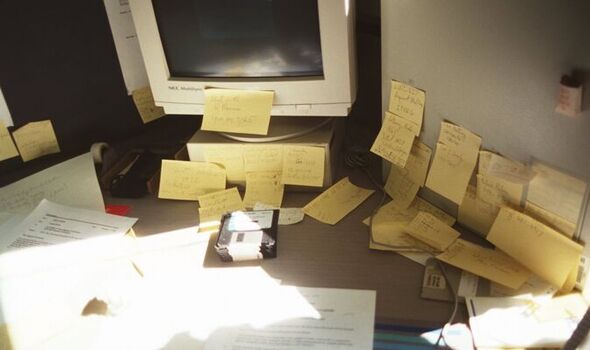 A culture of printing everything out is commonplace in 15 percent of businesses, as is using Post-Its for reminders (17 percent), and having bulky CRT monitors rather than flat screens (four percent).

But rather than being a minor inconvenience, 71 percent of those who think their employer is stuck in the past admitted it has made them consider their future at the company.

However, nearly a third (32 percent) tend to struggle to get to grips with new technology when it’s introduced.

Gregg Pearce, director of SOHO (Small Office/Home Office) at Virgin Media O2, which commissioned the survey to mark the launch of hyperfast gigabit-speed fibre broadband for small businesses, said: “Whether it’s legacy laptops or slow dial-up, our research shows how too many UK businesses are being held back by outdated tech.

“Being behind the times with tech doesn’t just impact the way businesses serve their customers – old-fashioned work practices are also impacting staff morale, and making people think twice about their future at a company.

“It’s time to bring UK businesses up to speed.”

The study also found 10 percent of workers still submit their holiday requests on paper, while 13 percent claim their work computer is creakingly slow.

But nearly one in four (23 percent) claimed their workplace has tried to embrace modern technology – only to go back to the old ways.

Of those, 45 percent decided their business is still too small to warrant the investment, and 28 percent felt they weren’t business-critical, according to the OnePoll figures.

However, 71 percent believe their workplace would be held back if they had a slow and unreliable internet connection.

And 82 percent said quick, reliable internet is the single most important tool available to their businesses.

Gregg Pearce added: “A fast, reliable, flexible internet connection has become a must-have for small businesses, especially after the past two years.

“Whether it’s a side hustle on social media, video calls from the office, sole traders selling online, or guest Wi-Fi on the high street – broadband opens doors to better business.”