If 2020 was the year firms either doubled down on wealth management, introduced efforts to push further into the space, or made acquisitions that cemented their grip on the industry, then financial advisors and their books of business are some of the hottest commodities on Wall Street.

As the process of recruiting advisors leaving one firm to join another went digital this year, there were still lots of big-ticket moves around the US. Analysts say technology has allowed for speedy recruitment processes at a moment when competition for advisor talent has reached a fever pitch.

"While in-person meetings hopefully are not too far into the horizon, we continue to think that many lessons learned from the pandemic will have more lasting change on behavior moving forward, including around advisor recruiting," Devin Ryan, an analyst with JMP Securities, wrote to clients in a September report.

UBS on Tuesday said it hired an Atlanta-based private wealth team from JPMorgan Private Bank overseeing a significant $9 billion in assets under management, its second-largest advisor team hire of 2020. The largest was a Charlotte-based team formerly with Merrill Lynch that it hired in January, overseeing $10 billion in assets at the time.

Read more: Wealth managers could save millions in costs from a snappier recruitment process. An analyst lays out the 3 firms that could benefit most.

JPMorgan, for its part, has been on an advisor hiring spree as it builds out its recently reorganized wealth management business, poaching from the likes of Merrill Lynch Wealth Management and UBS. The firm's private bank has remained a separate unit.

The firm is considering hiring as many as 4,000 financial advisors in the next five to six years.

In an October interview with Business Insider, JPMorgan Wealth Management Chief Executive Kristin Lemkau described the industry competition as "hand-to-hand combat" when it comes to "hiring teams and losing teams."

"It's highly, highly competitive," she said.

Meanwhile, Wells Fargo Advisors, which has lost a steady stream of financial advisors in recent years following the bank's sweeping fake-account scandal, in June reported its best recruiting month by revenue in a decade.

Some recruiters Business Insider spoke with said they expect a similar pace of hiring and movement between firms next year, especially as other firms, like Citi and Goldman Sachs, have plans to add to their financial advisor ranks.

Jeff Feldman, a wealth management-focused recruiter and consultant, said wealth advisors "being stuck at home and in the work-from-home environment has caused them to reevaluate their relationships with their firms" this year, he said.

Advisors are asking whether their firms "align with what they are trying to accomplish with their teams and clients," said Feldman, who founded Chicago-based Financial Recruitment Partners and counts LPL Financial, RBC Wealth Management, and Rockefeller Capital Management among his clients.

Business Insider has rounded up some of the key leaders and executives involved with those processes across Wall Street, responsible for overseeing financial advisors' recruitment at a critical moment for the industry. 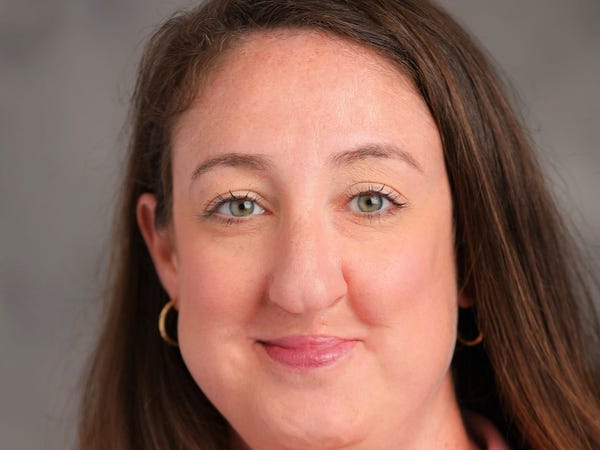 Kimberly Ta serves as the head of financial advisor integration — the team that recruits, on-boards, and integrates advisors into the organization — at Wells Fargo Advisors.

Ta was previously the head of client service and advice and started in her new role last month.

Ta, who based in St. Louis, Missouri, where Wells Fargo Advisors is headquartered, joined the company in 2000 and has served in senior roles working directly with advisors.

Prior to leading the client service and advice segment, where her team was responsible for aiding financial advisors, she was the director of teams and succession planning.

Ta is co-chair of the Wells Fargo Advisors National Women's Summit, an event the firm holds for women advisors around the US. She reports to Heather Hunt-Ruddy, WFA's head of business development and growth, and serves on WFA's operating committee.

In recent years, the firm has lost advisors after the fake-account scandal that came to light at the bank four years ago. As of the third quarter, it had some 12,900 advisors overseeing $1.6 trillion, reflecting a steep drop in headcount of 6% from approximately 13,700 a year prior.

Still, the firm hired some significant teams from rivals this year.

In June, the wealth manager reported its best recruiting month — by revenue of newly hired advisors — since May 2009, the website AdvisorHub first reported, citing a company spokesperson who declined to specify figures.

"Our strategy is to focus on a highly productive team of advisors. The overall headcount number is not a strong predictor of revenue growth," a spokesperson told Business Insider. 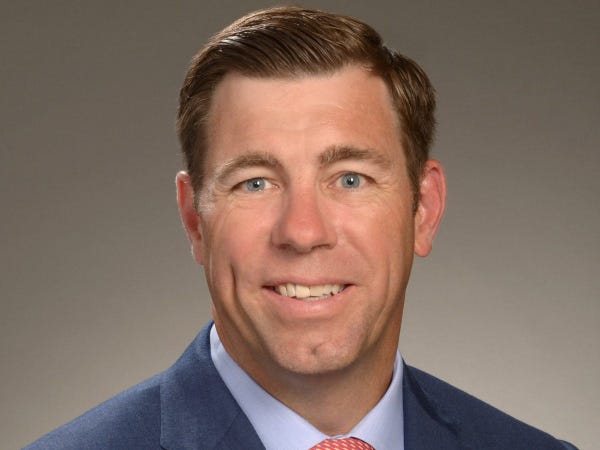 Rich Steinmeier is the divisional president of business development for LPL Financial, the independent broker-dealer and registered investment advisor custodian.

Steinmeier is responsible for recruiting new advisors, assessing ways the firm can enter new markets, and taking stock of possible mergers and acquisitions.

Steinmeier, who joined the firm in August 2018, was previously the head of digital strategy and platforms for UBS's wealth management business in the Americas, and was before that its head of the emerging affluent segment and the firm's Wealth Advice Center.

LPL Financial has recently recruited several large teams from the wirehouse world. Last month, the firm said a pair of advisors from Morgan Stanley and overseeing some $2 billion in assets joined the firm in North Carolina. 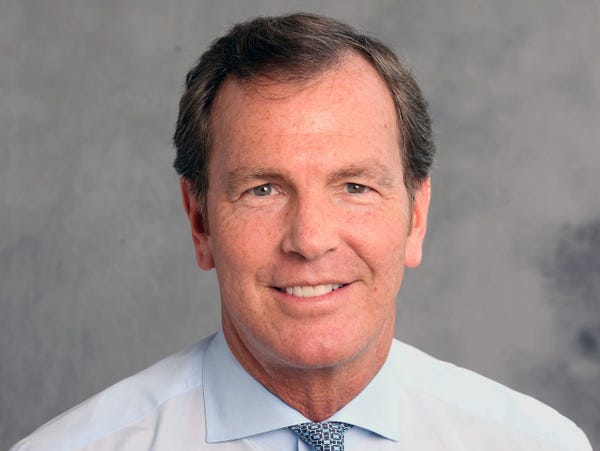 Chris Harvey is the chief of JPMorgan Advisors, the business formerly known as JPMorgan Securities and re-branded earlier in October.

JPMorgan Advisors is under the JPMorgan Wealth Management division, and counts as one of the three wealth segments, including its dedicated Chase advisors and its recently created National Branch business, where the firm plans to aggressively hire advisors.

Overall, JPMorgan has some 4,000 advisors and is considering doubling that base over the next five to six years, wealth management chief Kristin Lemkau said in October.

The firm did not specify how many advisors would be hired for each segment — though poaching elite advisors within JPMorgan Advisors is likely more expensive than other groups.

Read more: JPMorgan's wealth boss Kristin Lemkau is eyeing plans to hire as many as 4,000 advisors as she lays out ambitious plans to catch up to the firm's rivals

Harvey a veteran of the firm. He joined about three decades ago to work in its wealth management business, and shifted to the investment bank after that.

He has also held roles across the firm including global head of foreign-exchange options and the emerging markets derivatives business, according to Harvey's biography listed on the InvestmentNews website.

On Monday, Barron's reported that JPMorgan Advisors made its largest advisor team hire of the year by assets and revenue, adding a New York-based team of advisors overseeing $1.2 billion in assets from Raymond James' Alex. Brown business. 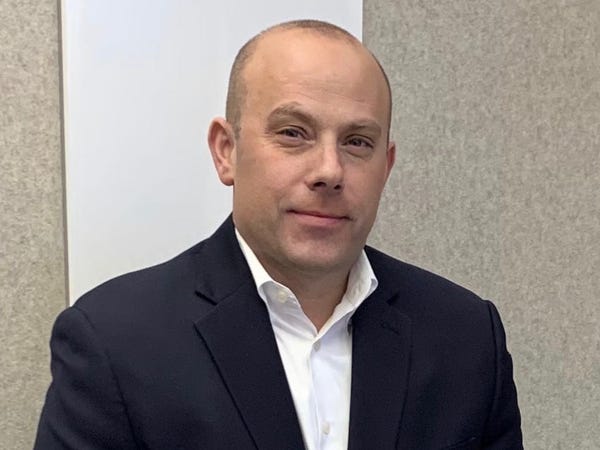 Tepper oversees branch-based financial advisors, a distinct group from advisors in the JPMorgan Advisors unit who typically cater to a wealthier clientele.

Tepper, like other top wealth officials Lemkau and Harvey is a veteran of the firm.

He joined Bear Stearns in 1997 and was with the firm in 2008 when JPMorgan acquired it in the throes of the last financial crisis.

Tepper told InvestmentNews in September that he thinks Chase branch-based advisors will remain its core business even as the firm builds out a newly created wealth unit with remote advisors, and that he was focusing on the diversity of its workforce.

"We're going to remain focused on growing the branch-based adviser business with a laser focus on diversity not only for our advisers, but our senior leaders as well," he told the website

In the last year, JPMorgan, the largest US bank by assets, has reorganized its wealth management business in an effort to catch up to larger rivals in that industry. JPMorgan's US wealth business reported $500 billion in assets under supervision as of August. 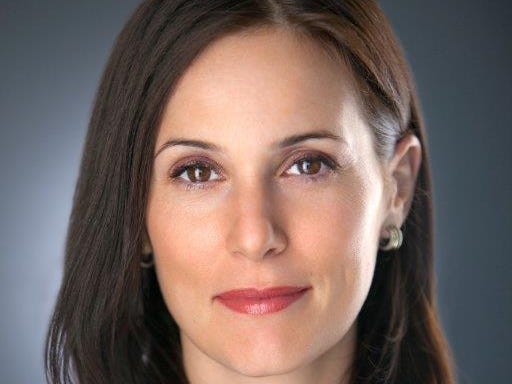 Nancy Korb, the head of wealth management human resources at JPMorgan, is another leader at the firm who is instrumental in recruiting financial advisors across JPMorgan Wealth Management.

Korb has been with JPMorgan since 2011, joining that year as a senior human resources business partner in its corporate and investment bank, according to LinkedIn.

She was previously with Citi for nine years, working in human resources within the bank's institutional clients group.

Read more: How JPMorgan's Kristin Lemkau is planning to turbocharge the firm's $500 billion wealth business, from a rebrand and ramping up advisor training to new tech 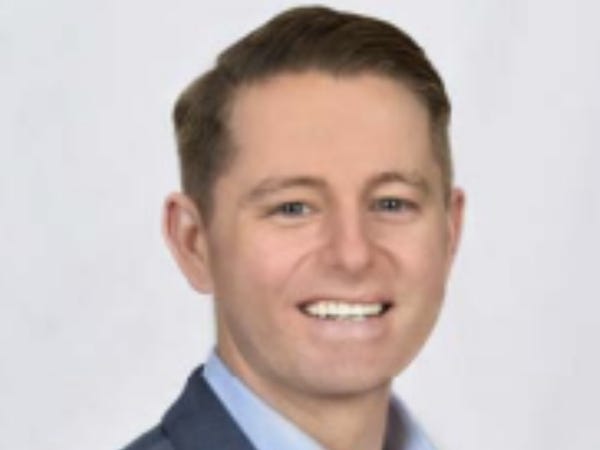 David Larado serves as the head of advisor recruiting and retention at UBS's Americas wealth management business, and is responsible for recruiting advisors from rivals, retaining advisors, and keeping clients if an advisor leaves the firm.

Larado joined UBS in 2006 as part of its wealth management graduate training program, and prior to his current role was the head of business management and services for the ultra-high-net-worth division, tasked with overseeing the day-to-day business functions there.

Larado has served in other roles across the firm, including a divisional strategic analyst within private wealth management.

This year, UBS has made some notable hires from rivals.

In early December, the firm hired a team of advisors into its Walnut Creek, California office from Merrill Lynch Wealth Management.

The Swiss firm reported some 9,700 advisors around the world in the third quarter, a drop of 5% compared to a year prior. The division oversees some $2.75 trillion in client assets.

Read more: Goldman Sachs just lost another wealth team to UBS in one of the industry's biggest financial adviser moves of the year 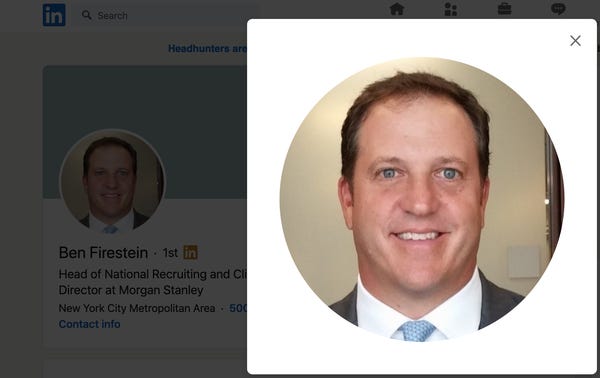 Ben Firestein is the head of national recruiting and client retention at Morgan Stanley Wealth Management, a newly created role that he stepped into in January.

Morgan Stanley has made several large advisor hires from rivals this year, and Jon Pruzan, the firm's chief financial officer, recently said the business has "strong momentum" from a recruitment perspective.

"This is sort of anecdotal. But the [financial advisors' that we're bringing in today have bigger books of business. They're bringing more of their assets with them," Pruzan said in September during a virtual financial services conference held by Barclays.

The firm has historically lost "net a couple hundred [financial advisors] a year, so losing more than we're recruiting," he said.

"Now, I think what we're seeing this year is net recruiting is sort of much closer to zero," he said.

The wider firm has made two large purchases this year across investment management: its acquisition of Eaton Vance, expected to close during the second quarter of 2021, and its acquisition earlier this year of E-Trade.

In the third quarter, the firm had some 15,500 advisors, down roughly 1% from a year prior. The wealth management business oversaw approximately $2.85 trillion in client assets.

Hollywood Donors Eye Michael Bloomberg As Someone Who Can Take On Donald Trump – But Can He Stop Bernie Sanders?

Here are the 5 most important takeaways from the US Senate's grilling of SolarWinds, Microsoft, CrowdStrike and FireEye over what could be the biggest cyberattack in history