About 1,400 members of the Bakery, Confectionary, Tobacco Workers and Grain Millers International Union have been on strike since October 5. They rejected a previous tentative agreement two weeks ago, continuing the strike. But this time they ratified by deal by an undisclosed margin. They will return to work the week of December 27.
“Our striking members at Kellogg’s ready-to-eat cereal production facilities courageously stood their ground and sacrificed so much in order to achieve a fair contract,” said union President Anthony Shelton. “This agreement makes gains and does not include any concessions.”

The strike had been one of the longest, and higher profile strikes this year, which has seen an increase in the number of strikes. A tight labor market has encouraged union members to flex their bargaining muscle in a way they haven’t in recent years. Cornell University’s school of Industrial and Labor Relations had tracked 241 US strikes through the first 11 months of this year, with nearly a third of them starting in just October or November. 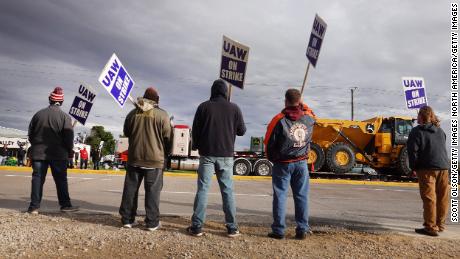 The company has been running the plants with salaried staff, temporary workers and some strike breakers.
“We are pleased that we have reached an agreement that brings our cereal employees back to work,” said Kellogg CEO Steve Cahillane. “We look forward to their return and continuing to produce our beloved cereal brands for our customers and consumers.”
The new five-year deal includes prohibition on any plant closings during the life of the contract. It also allows more recent hires who had a less attractive pay scale and benefit offering, to graduate to “legacy” status. All employees with four or more years of service will get that bump in status immediately, and other employees will move into legacy status annually after this.
There is also a cost-of-living increase in pay to protect workers from rising prices.
Kellogg had threatened to find permanent replacement workers when the previous deal was defeated, but finding any workers, let alone those willing to cross picket lines to report to work, has been difficult for most employers given the near record number of job openings.
“No striking workers have been replaced,” said Kellogg spokesperson Kris Bahne Tuesday when asked about the company’s replacement worker efforts. “Full-time employees hired during the strike will fill ongoing openings at our cereal plants, as needed.”

The United States has a record three job openings for every two unemployed people seeking jobs. Kellogg has been running short-staffed at the plants for years and requiring workers to work seven-days a week on overtime because of an inability to hire additional staff. The work schedules and staffing is one of the factors in the current labor negotiations.
When the company announced plans to hire replacement workers, it sparked criticism, including from President Joe Biden, who repeated his support of legislation to prohibit the use of replacement workers to take the jobs of strikers.
Source: Read Full Article

What you can do to help close the gender pay gap