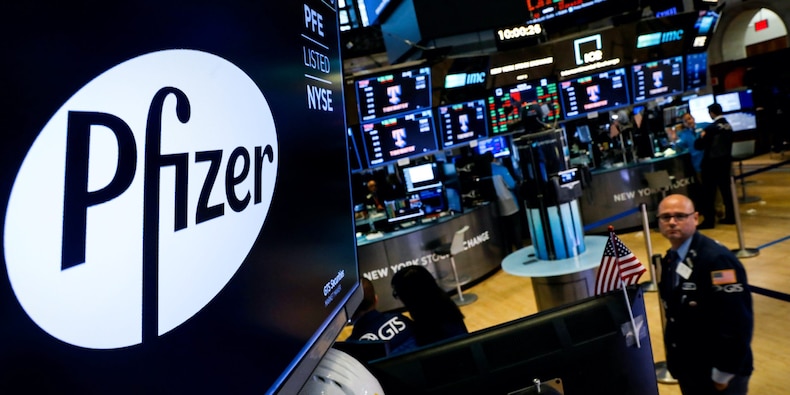 Stocks notched a weekly gain despite choppy price action and soaring coronavirus case counts. Pfizer’s Monday announcement that its experimental vaccine was more than 90% effective at preventing COVID-19 fueled new market optimism and led investors to bet on a sooner-than-expected economic recovery. By the end of the day, the stock market saw its biggest single-day rotation to value stocks since 2008.

The vaccine news “is a game-changer,” but those who missed out on the week’s biggest rallies still have the chance to benefit, Marko Kolanovic, head of macro quantitative and derivatives strategy at JPMorgan, said. With volatility plummeting from recent highs and investors’ risk appetites improving, several long plays stand to outperform as the US comes closer to distributing a vaccine, he added.

Here are the five strategies Kolanovic laid out to clients:

Read more: ‘The most dangerous type of market’: Billionaire Bond King Jeffrey Gundlach says stocks are entering the difficult final stages of their cycle – and warns the market will ‘crack pretty hard’ in the near future

A combination of moderate investor positioning, divided government, vaccine hopes, and rebounding profits creates “one of the best backdrops” for stocks in years, Kolanovic said in the Thursday note. JPMorgan expects the S&P 500 to climb slightly higher to 3,600 by the end of the year and to 4,000 by early 2021.

As such, the top quant recommended investors turn increasingly overweight in stocks. The pivot can be funded by selling off bonds, he added.

The two run-off Senate races in Georgia present a significant risk to the trade, as a Democratic sweep would make it easier for a Biden administration to pass tax hikes and stricter regulations. Still, Kolanovic said the likelihood of such an outcome is small, and that it only poses short-term uncertainty.

As beneficial as the divided-government election outcome can be for US stocks, emerging-markets equities will jump even higher, according to the firm. A weakening US dollar, reduced geopolitical risk, cheap emerging-markets valuations, and light positioning will all contribute to the group’s outperformance, Kolanovic said.

Read more: Goldman Sachs unveils the top 10 themes it expects to drive the markets in 2021 – and shares where to invest your money

Even though Monday saw a massive move from growth stocks to cyclical sectors, there’s still room for the trade to gain. Kolanovic recommended investors brace for a sustained rotation into value and cyclical names as the market prepares for an end to the global health crisis.

“The backdrop of a globally synchronized expansion, legislative gridlock, and positive vaccine news should mark a breakout point for value stocks,” Kolanovic said, adding that momentum and growth names “should lag” through the rotation.

The quant guru pointed to “unsustainably stretched” growth-to-value correlation and continued crowding in momentum stocks for the call. A “severe dislocation” between the two market groups remains, leaving plenty of opportunity left for those who missed the recent rotation.

Read more: CREDIT SUISSE: Buy these 8 stocks now because they’re set to benefit from a powerful combination of strong returns and low expectations

Cyclical commodities including energy, metals, and agricultural products that languished throughout the pandemic are set to rally alongside a broader economic rebound, Kolanovic said. Gold prices will sink as investors shift away from safe havens, he added.

“Our Oil Strategists believe the pandemic, not the election, is the main driver for crude, as oil markets need to clear current imbalances before long-dated prices can rise, and US production is likely to fall next year under any administration,” the strategist wrote.

To help finance the commodity trade, JPMorgan recommended going underweight in another safe-haven asset: government bonds. US yields, despite partially recovering through the week, still sit near record lows as investors stay put in the stable assets. Improving economic data and Pfizer’s vaccine update lifted the bank’s medium-term outlook, and a rotation to riskier assets can quickly drag on sovereign debt.

Holding cash through the rotation was also ill-advised, as the dollar is set to weaken and investors would be missing out on sizeable gains across several markets.

Read more: Peter Lynch disciple William Danoff manages over $124 billion and has beaten the market for 30 years. He shares the 10 investment rules that ensured his success.

That’s not to say investors can’t be choosy in the corporate debt space. Kolanovic reversed his “underweight” rating for high-yield debt, adding that a shift away from high-grade corporate credit leaves plenty of cash available to lift junk bonds.

“The Pfizer vaccine news sparked a ‘dash for trash’ as investors grab issues from companies most affected by the pandemic, which have lagged in recent months,” he wrote.

Drivers of the upcoming rally include under-positioning, dealer de-risking, and resolution of key risks. Vaccine-fueled optimism is just “icing on the cake,” the bank said. Continued support from the Federal Reserve also diminishes the risks typically associated with such bonds.

In Europe, the bank’s strategists recommend positioning heavily for outperformance in sectors hit hardest by the pandemic. Non-cyclicals will lag relative to the broader corporate credit market, they added.

ARK CEO Cathie Wood is beating 98% of her peers this year. She and her team share the investment cases for 2 ‘winner-take-most’ stocks in their portfolios, and explain why she is unfazed by the rotation into value.

Short on Money, Cities Around the World Try Making Their Own

Latest Posts
CNN's Chris Cuomo ignores threats against GSA chief days after urging viewers to give her 'more attention'
Are Dick’s Sporting Goods’ Q3 Results Enough to Keep Investors Happy?
The best coffee makers
Asteroid the size of the world's tallest building to zip past Earth at 56,000mph this week
Square and PayPal may be the new whales in the crypto market as clients flock to buy bitcoin
Recent Posts
This website uses cookies to improve your user experience and to provide you with advertisements that are relevant to your interests. By continuing to browse the site you are agreeing to our use of cookies.Ok