Eminent economist Janet Yellen has been confirmed by the US Senate as the first-ever woman treasury secretary of the country, to spearhead the new Biden administration’s response to revive the economy battered by the coronavirus pandemic. 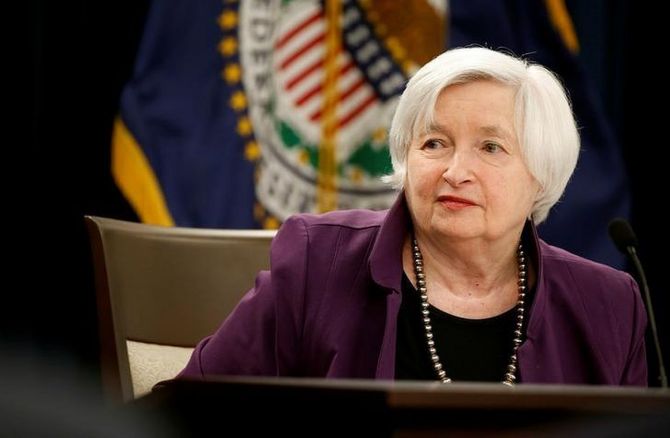 Yellen, a former chair of the Federal Reserve, was overwhelmingly backed by the Senate on a 84-15 bipartisan vote on Monday, becoming the third member of Joe Biden’s Cabinet to win confirmation since he was sworn in as the 46th US President on January 20.

Yellen, 74, who headed the US central bank from 2014 to 2018, earlier won bipartisan support from members of the Senate Finance Committee.

She will be responsible for guiding the Biden administration’s economic response to the raging pandemic.

The US, the world’s largest economy, is struggling to rebound economically from the hit caused by the coronavirus pandemic.

The US is the worst-affected country from the virus.

Both the Democratic and the Republican parties have 50 members each in the 100-seat Senate.

Yellen is expected to be sworn in soon.

Two other senior members of the Biden administration confirmed by the Senate are Director of National Intelligence Avril Haines and Defence Secretary Lloyd Austin.

The nominee for the US Secretary of State, Tony Blinken, is expected to be confirmed by the Senate soon.

“The bipartisan support for Ms Yellen’s multiple nominations reflect her breathtaking range of experience and just how well suited she is to manage the economic challenges of our time,” Majority Leader Chuck Schumer said on the Senate floor on Monday.

A graduate of Brown and Yale, Yellen has taught economics at some of the world’s most prestigious universities.

She is best known for her tenure as Chair of the Federal Reserve, overseeing a period of falling unemployment and steady economic recovery from the global financial crisis.

“Few people possess the experience and expertise that Janet Yellen would bring to the Treasury, particularly during this moment of economic crisis,” Schumer said.

Republican Senator Marco Rubio appreciated Yellen’s prior government service and her willingness to continue that service in the Biden administration.

“However, her failure to commit to continuing efforts to address the Chinese Communist Party’s exploitation of US capital markets, especially as Wall Street increases the flow of American capital to malicious Chinese companies, is disturbing,” he said.

“Future US policy must prioritise the interests of American workers, service members, mom-and-pop investors, and retirees over Beijing and lucrative fees for Wall Street,” said Rubio who opposed her nomination.

Rubio and few other Republican Senators including Ben Sasse, Tom Cotton, and Mitt Romney wrote a letter to Yellen expressing concern for her assessment of risks to national security posed by the financial and technological interdependence between the US and China.

“As a key adviser to President Biden on national security issues that involve the most powerful and sophisticated tools of economic statecraft, it is critical that you demonstrate to Congress that your decisions will be informed by a clear-eyed view of the threats posed by the Chinese Communist Party (CCP) to the United States,” the senators wrote.

Democratic Senator Ron Wyden, chairman of the Senate Finance Committee, said that as Federal Reserve chair, Yellen led an important change to the status quo in economic policy, which had put too great a focus on inflation and deficits.

“She believed the economy could run a little hotter.

“The record shows that the Yellen approach was right.

“Unemployment went down, wages went up, and a lot of people were better off than they were before,” he said.

Ahead of the vote, Senate Minority Leader Mitch McConnell said he looked forward to working together on pro-growth policies that can help rebuild the thriving economy for American workers that was in place just one year ago.

Duck Creek Technologies, From Hot IPO to Even More Implied Upside Ahead