I’m Winston Gieseke, philanthropy and special sections editor for The Desert Sun in Palm Springs, hoping you had a great week. Before we start the weekend, let’s take a look at some of today’s top headlines from here in the Golden State.

Have a friend who wants California news delivered to their inbox for free? Let them know they can sign up via this link. 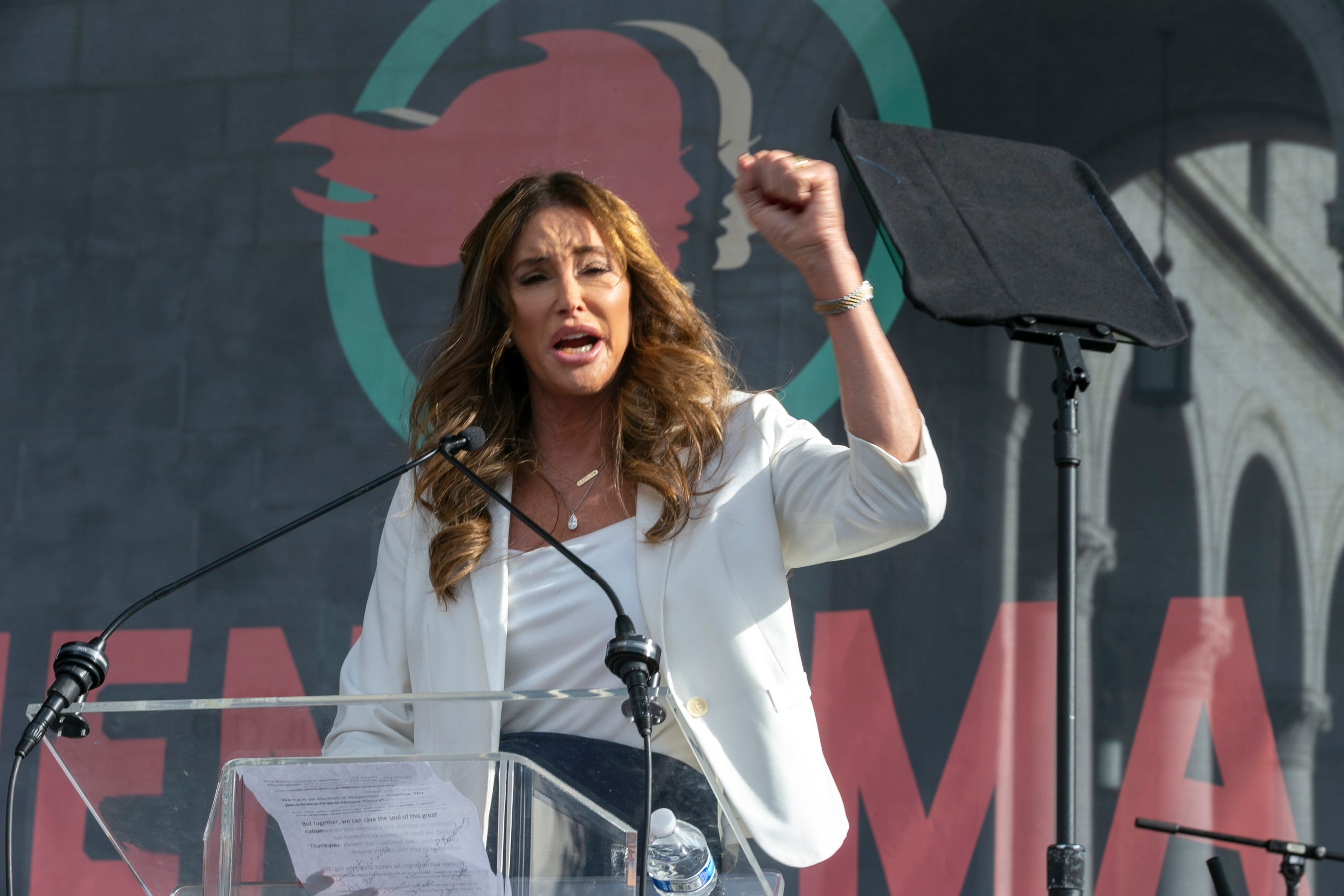 On her website launched Friday, Jenner says: “I’m In! California has been my home for nearly 50 years. I came here because I knew that anyone, regardless of their background or station in life, could turn their dreams into reality. But for the past decade, we have seen the glimmer of the Golden State reduced by one-party rule that places politics over progress and special interests over people. Sacramento needs an honest leader with a clear vision.”

Jenner, a longtime Republican, in 2018 executed a political about-face, turning against President Donald Trump as result of his response to LGBTQ rights.

“Sadly, I was wrong,” Jenner said. “The reality is that the trans community is being relentlessly attacked by this president … He has made trans people into political pawns as he whips up animus against us in an attempt to energize the most right-wing segment of his party …”

However, not everyone is convinced. Equality California slammed Jenner on Twitter Friday over her past support of Trump. “Make no mistake: we can’t wait to elect a #trans governor of California. But @Caitlyn_Jenner spent years telling the #LGBTQ+ community to trust Donald Trump. We saw how that turned out. Now she wants us to trust her? Hard pass.”

Who else is running for California governor?

Here are those who have so far thrown their hat into the race for the California governor spot — if the recall race takes place:

John Cox: The Republican businessman lost to Newsom in 2018 and is running again. 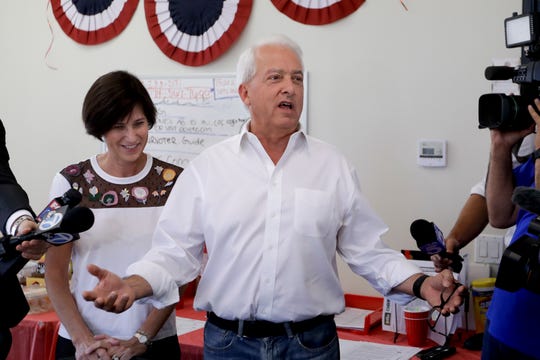 On his website, Cox said he “has stepped forward to run for governor because he is deeply concerned about the decisions being made in Sacramento today.” He said he “will work to reduce the cost of living, create high-paying jobs, and fixing homelessness across our state.”

Kevin Faulconer: The former San Diego mayor has been barnstorming the state to raise his profile.

Faulconer’s team says he fits the mold of a Republican who can win in a Democratic state, like Gov. Larry Hogan in Maryland or Charlie Baker in Massachusetts. He was elected mayor twice in San Diego, the eighth-largest city in the country by population and a place where Democrats outnumber Republicans.

Doug Ose: The ex-U.S. representative last held office in 2005. Ose previously said he was ready to work across party lines to reopen schools and businesses in a state upended by the coronavirus, while taking on the long-running homelessness crisis. 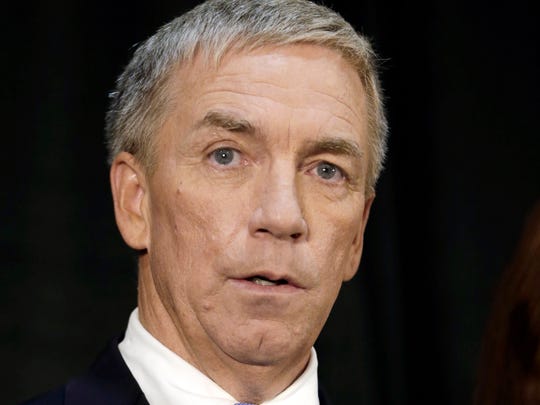 “Californians are tired of having a governor whose operating themes are hypocrisy, self-interest, half truths and mediocrity,” Ose, 65, said in a statement announcing his candidacy.

Gov. Gavin Newsom, left, is briefed by a staff member of the California state oil regulator, center, and Billy Lacobie, of Chevron, on Wednesday, July 24, 2019, while touring the Chevron oilfield in McKittrick, Calif. Newsom says he is encouraged by Chevron's efforts to clean up what has turned into the state's largest oil spill in decades. (Irfan Khan/Los Angeles Times via AP, Pool) (Photo: Irfan Khan, AP)

While we’re on the subject of governors, California’s current one on Friday directed the state’s top oil regulator, the Geologic Energy Management Division, to immediately begin crafting a regulation to halt new hydraulic fracturing permits by 2024.

Newsom also asked the California Air Resources Board to study ways to phase out all oil extraction across the state by no later than 2045.

“The climate crisis is real, and we continue to see the signs every day,” Newsom said in a written news release. “As we move to swiftly decarbonize our transportation sector and create a healthier future for our children, I’ve made it clear I don’t see a role for fracking in that future and similarly, believe that California needs to move beyond oil.”

Hydraulic fracturing, or fracking, while a hot-button issue nationally, accounts for between 2% and 20% of California’s oil extraction. Just a dozen new fracking permits have been issued statewide this year.

The governor’s announcement did little to appease critics. A top Newsom administration official said last fall that it was up to the legislature to ban fracking, and Newsom said he wanted to work with them to do it. But environmentalists say he has the authority to issue an executive order to halt drilling, especially near residential areas, at once.

CDC panel: Use of Johnson & Johnson COVID vaccine should resume

The pause on the Johnson & Johnson COVID-19 vaccine should be lifted, an expert advisory committee to the Centers for Disease Control and Prevention said Friday.

The recommendation by the CDC panel, called the Advisory Committee on Immunization Practices, has to be approved by the CDC and the Food and Drug Administration before becoming official government policy.

The pause, which began on April 13, was in response to reports of a rare combination of blood clots and low levels of platelets in people who had received the Johnson & Johnson vaccine.

The FDA and CDC will make a joint statement Friday evening about resuming use of the vaccine.

“This is a serious adverse event. We need to continue to ensure that awareness is raised,” said member Dr. Grace Lee, a pediatrician at the Lucile Packard Children’s Hospital and Stanford University School of Medicine, who supported the measure. “But I also think that we have to come out with a clear recommendation.”

Who will win Sunday’s Academy Awards — and who should

It’s been a longer-than-usual road to the Oscars, with Hollywood navigating a year pretty much without movie theaters, a smaller volume of top-notch contenders, a slew of virtual film festivals and an awards season full of delayed shows and Zoom acceptance speeches.

But on Sunday at the 93rd Academy Awards, a new crop of winners will be announced for the first time amid a pandemic, and the movie industry will have something to celebrate for a change.

Have you seen all the films? Do you know who you’re rooting for? If not, USA TODAY writer Brian Truitt has complied a list of the nominees along with his picks for the four major categories.

And lastly (but not leastly), in Wednesday’s “In California,” we once again mentioned SafeWise’s rankings of the safest cities in California. To see where your city ranks, read the full report here.

In California is a roundup of news from across USA Today network newsrooms. We’ll be back in your inbox Monday with more of the latest headlines.

As the philanthropy and special sections editor at The Desert Sun, Winston Gieseke writes about nonprofits, fundraising and people who give back in the Coachella Valley. Reach him at [email protected]

Dow closes above 30,000 for the first time ever on Biden-transition rally