EXCLUSIVE: Heading towards a near midnight Sunday deadline, IATSE members now have their ballots to vote on a new three-year deal with the producers.

The nearly 60,000 members of the below-the-line union received emails this morning starting around 6 AM PT prompting them to login in and digitally cast their vote. As you can see below, the question being asked is strikingly straightforward: 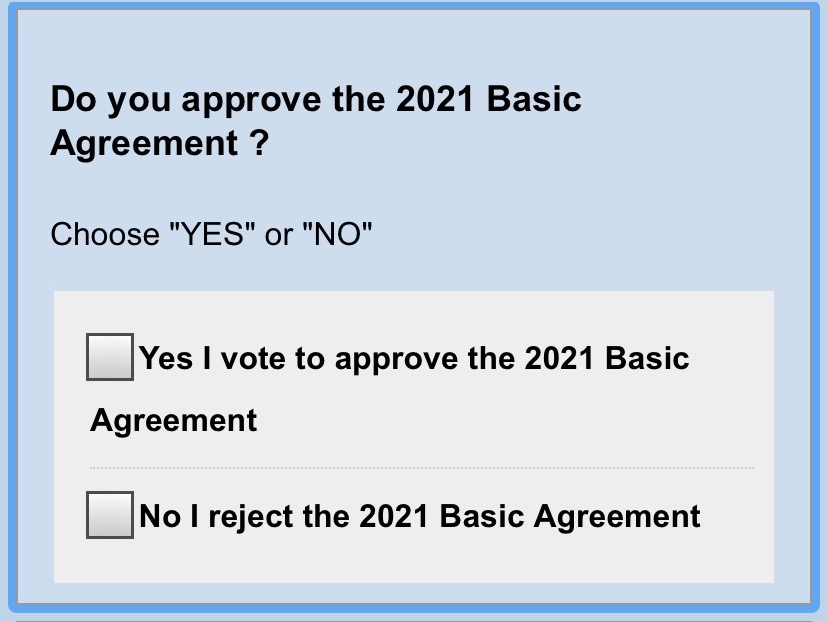 The method of making sure your vote is counted is a little bit more complicated, with a three-stage process: 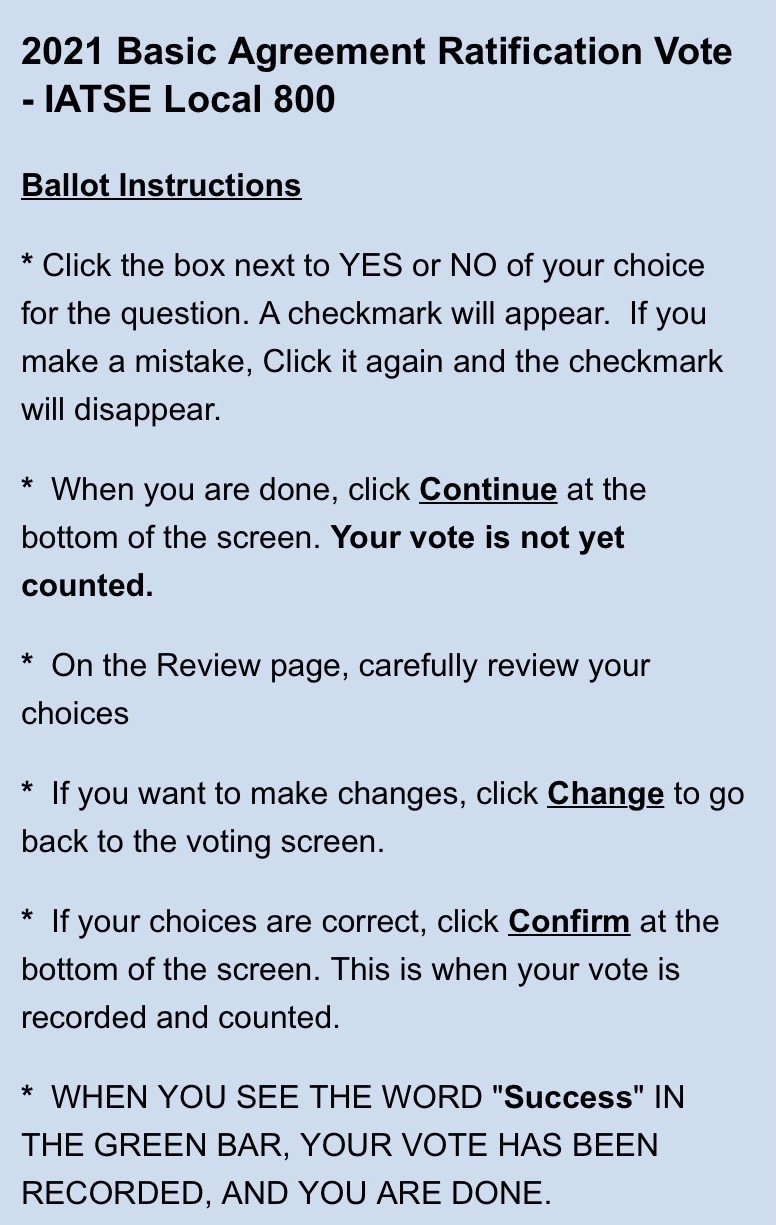 Like the strike authorization vote of early October, the vast majority of members are certain to vote almost immediately. For those who don’t’ vote right away, the digital polls will be open will until 8:59 PM PT/11:59 PM ET on November 14.

The final results of the ratification vote are expected to be made public in the mid-morning of November 15.

Going into what may be the final stretch of months of negotiations with the AMPTP, an unprecedented strike deadline of October 18 and rumblings of dissent from many members since the tentative agreement came together on October 16, the campaigning up to today’s ballots going out has been more intense than usual.

The leadership of all 13 of the Hollywood locals are in lockstep urging a Yes vote, with numerous emails, virtual town halls and more as a part of their pitch. In the past two days alone, IATSE set up a MLK quoting website to tout the “benefits of the 2021 Basic Agreement,” calling the deal “the most significant basic agreement in years.” To that end, a 12-minute video was created to sell the pact.

At the same time, vocal members have created invite only town halls of their own to detail what they see as the shortcomings of the agreement.

To counter, IATSE president Matt Loeb yesterday declared that the studios, streamers, networks and producers only made the deal they did because of the strike sword of Damocles hanging over Hollywood’s head last month.  “We showed our power and it worked,” the union chief told members in a last-minute push on Thursday. “Without you, this groundbreaking contract would not have been possible. I encourage you to vote YES.”

Later on Thursday, execs in the influential International Cinematographers Guild, Local 600 put forth their case for a Yes vote, while acknowledging that some are less than ecstatic with the deal that has been made. “We can always disagree on the outcome, but to question anyone’s commitment and to personally attack those who do this work, especially member volunteers who dedicate their precious free time to it, is destructive and discourages members from being involved in their union,” said John Lindley, the guild’s president, and Rebecca Rhine, its national executive director, in an email sent to members on Thursday.

In that vein, local leaders are already urging members to look towards the 2024 bargaining for the next contract as the best venue for their unfulfilled concerns this time round.