Cases of coronavirus are surging across the United States. As more people congregate indoors in the cold weather and pandemic fatigue leads to more risk-taking behavior, data shows an alarming surge of new daily coronavirus cases.

The US has a total of over 12 million confirmed cases and over 250,000 deaths from coronavirus, according to Johns Hopkins University.

The Centers for Disease Control and Prevention has urged the public in recent weeks to forgo any travel for the upcoming Thanksgiving holiday and a bipartisan group of governors from seven states penned an op-ed in the Washington Post asking families to "reconsider" spending the holiday with "people outside your household."

In addition to recommendations from the national level, a number of states and cities have announced new restrictions in the wake of the rising cases, including three governors who have pivoted from their previous stances to enforce statewide mask mandates.

Here's how the governors of Utah, Iowa, and South Dakota eventually ordered the policies in response to the country's third wave. 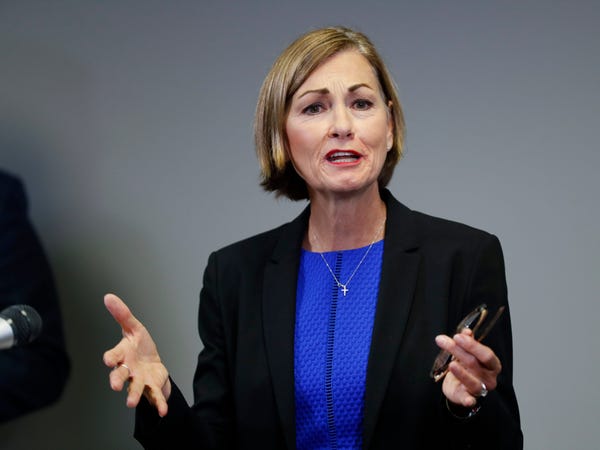 In July, Reynolds said on a Des Moines radio show that she would not enforce a mask mandate, which she brushed off, saying she believes in Iowans.

"No, I'm not going to mandate masks. I trust Iowans. I believe in Iowans," she said on the show, The Quad-City Times reported in July. "Most of the states or entities that have done that, they've actually gone as far as to say we're not going to enforce it, so it's just kind of a feel-good."

In the month of July, Iowa was seeing record cases of new daily cases. The Gazette reported on July 4 that the new daily case surpassed Iowa's peak seven-day rolling average. According to the COVID Tracking Project as of July 30, Iowa had a total of over confirmed 43,000 cases of coronavirus.

In September, Reynolds said that the state's goal was to "reduce the spread of the virus" but she believed "we can get there without a mask mandate," according to the Associated Press.

Utah Governor Gary Herbert did not enforce a mask mandate, explaining he did not "want this to become a divisive issue." 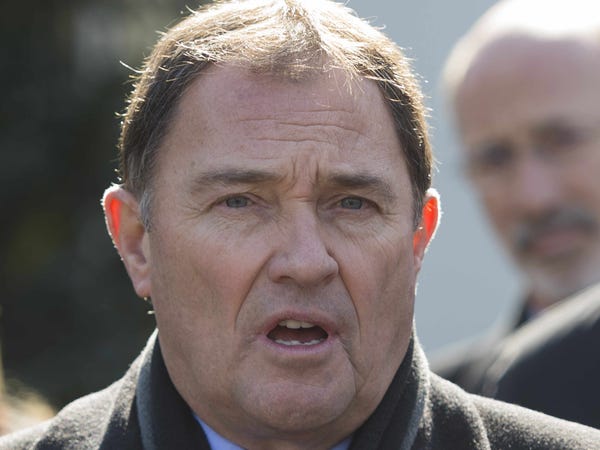 Herbert did not opt for a mask mandate, saying in June he didn't want wearing masks to "become a divisive issue." The governor did not adopt a statewide mask mandate even as key lawmakers including Utah House Speaker Brad Wilson and state Senate President J. Stuart Adams encouraged mask requirements, Deseret News reported in July.

The lawmakers spoke out as multiple Utah business leaders signed a letter calling for a mask mandate, citing the high coronavirus infection rates.

According to the COVID Tracking project, Utah had a total of over 40,000 coronavirus cases on July 31.

North Dakota Gov. Doug Burgum did not make mask recommendations into mask mandates prior to this month. 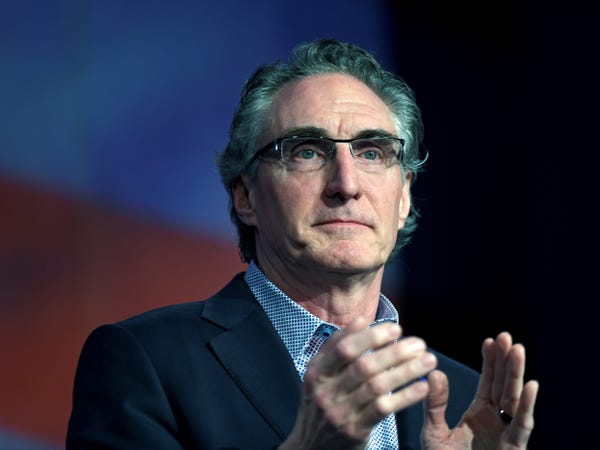 "So if you're someone that can't wear a mask for whatever reason just join in the chorus of thanking people who are and have empathy to understand they may have a reason: a family member, a child someone else they are in close working conditions at work," Burgum said in July, according to KVRR.

According to the COVID Tracking project, North Dakota had a total of over 6,400 cases of coronavirus on July 31.

Iowa, North Dakota, and Utah have all seen surges in coronavirus cases. 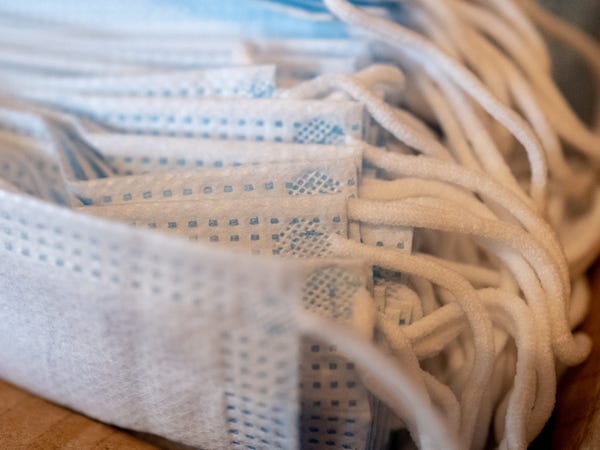 The three states have seen record new daily cases, as the US goes through the third wave of a surge of coronavirus cases.

On November 8, Herbert changed course from his previous stance and announced a state of emergency that included a mask mandate for Utah. 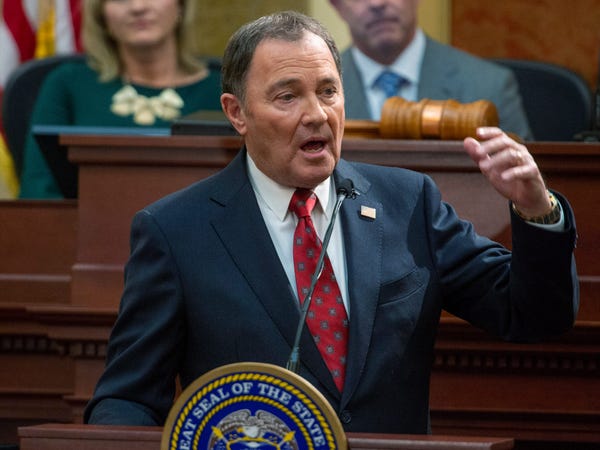 The order required everyone to wear masks at all times in public, in addition to any time they are within six feet of someone they do not reside with. The executive orders, which included restrictions on social gathering, will remain in effect until November 23.

Herbert's office warned the mask mandate "will be extended for the foreseeable future."

Herbert said "it is time for the divisiveness to end" as he explained the new order. 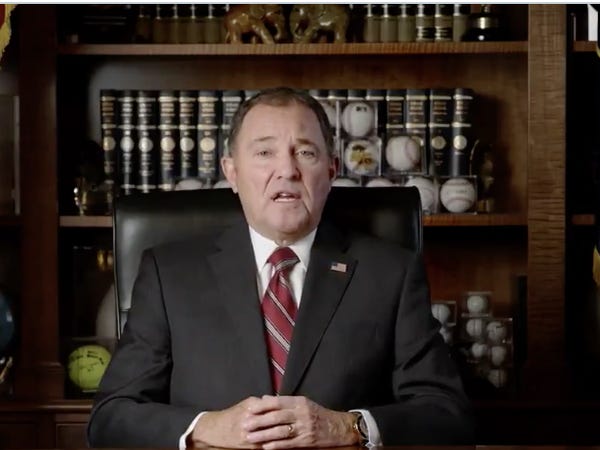 "Masks do not negatively affect our economy and wearing them is the easiest way to slow the spread of the virus," he said in a video. "We cannot afford to debate this issue any longer."

Herbert called for "all of us as Utahns to unite making whatever sacrifices are necessary to help our neighbor, and to bring healing back to our state."

On November 13, Burgum announced a mask mandate in North Dakota. 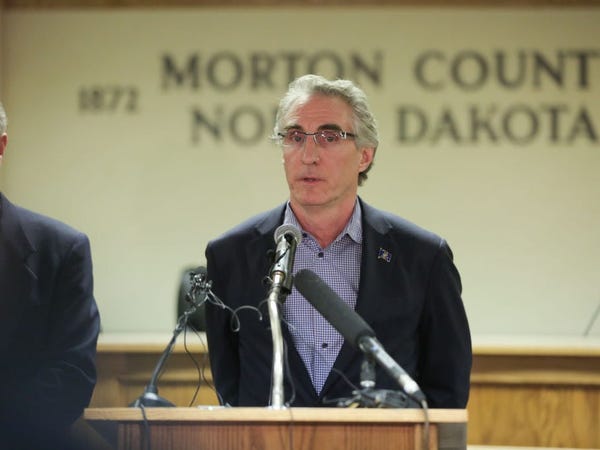 On November 13, Burgum announced an executive order that requires everyone to wear masks in all indoor public spaces and in outdoor spaces where social distancing is not feasible. The order stated it will be in effect until December 13.

Burgum said, "our situation has changed, and we must change with it." 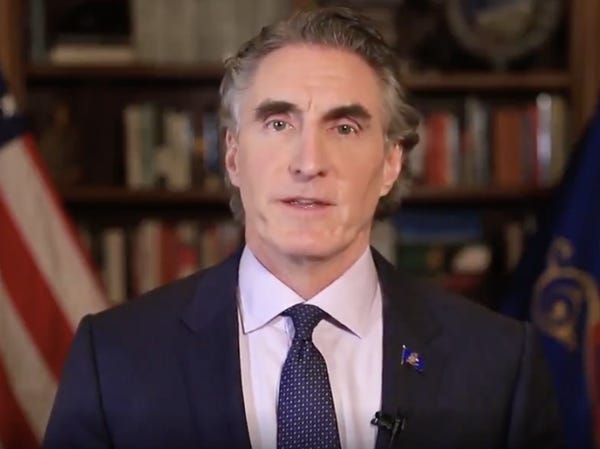 Burgum cited the high rise in coronavirus cases as the reason for his pivot to enforcing mask mandates.

"Our state is caught in the middle of a skyrocketing national COVID-19 storm," he said in a video when announcing the new measures put in place in the wake of the coronavirus.

"Since the beginning, we've taken a data-driven approach to our pandemic response, focusing on saving lives and livelihoods," he added. "Right now, the data demands a higher level of mitigation efforts to reverse these dangerous trends, to slow the spread of this virus, and to avoid the need for any economic shutdowns. Our situation has changed, and we must change with it."

On November 16, Reynolds signed a "Public Health Disaster proclamation" that included the first mask mandate coming from the Iowa governor. 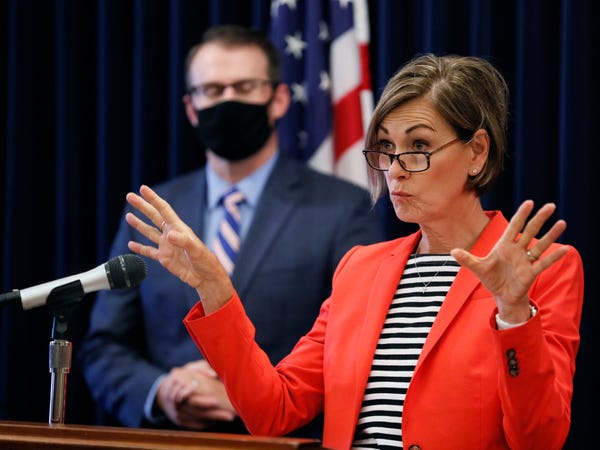 On November 16, Reynolds signed a new "Public Health Disaster proclamation," which included the state's first mask mandate. The mandate requires everyone must wear a mask or face covering while in public indoor spaces, and anytime when they spend 15 minutes or longer within six feet of someone who is not part of their household, the proclamation said.

The proclamation also mandated various other measures including the restriction of indoor gatherings that include more than 15 attendees. Restaurants, gyms, and casinos may remain open if they adhere to the various guidelines listed in the proclamation.

The state of public health disaster emergency is in effect until December 10, according to the proclamation.

Reynolds said that while "no one wants to do this," the pandemic's alarming number of cases prompted action. 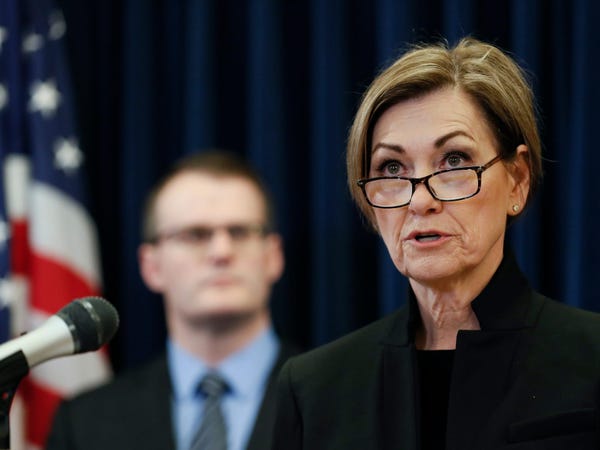 Reynolds pointed out the severity of the coronavirus when announcing the state's mask mandate.

"The pandemic in Iowa is the worst it has ever been," Reynolds said in an announcement, according to NBC News.

"No one wants to do this. I don't want to do this," she added, according to NBC News.

Do you have a personal experience with the coronavirus you’d like to share? Or a tip on how your town or community is handling the pandemic? Please email [email protected] and tell us your story.