Britain’s property market has proved to be a cornerstone of economic activity for decades. Without buyers and sellers alike booking removal lorries and moving home, large parts of the economy can lose momentum and drag on growth.

The decision to allow property viewings as part of an easing of the lockdown was seen by ministers as a much-needed boost to commercial life. Over the coming months retailers and wholesalers that supply kitchens, carpets and light fittings will join the army of previously furloughed estate agents in getting a boost.

Howard Archer, chief economic adviser to forecasting group the EY Item Club, describes the move as “relief for the housing market” that “should allow activity to progressively pick up” over the coming months.

A better outcome – one that leads to a stronger rebound – is unlikely, he says. The anxiety surrounding the path of the coronavirus pandemic, and the prospect of thousands of businesses going bust and millions of people becoming unemployed, will keep a lid on the recovery.

“Some people have already lost their jobs, despite the supportive government measures, while others may be worried that they could still end up losing their job once the furlough scheme ends,” he says. “Additionally, many incomes have been negatively affected. Consumer confidence is currently at or near record low levels on many measures, and many people are likely to remain cautious for some time to come with regards to making major spending decisions such as buying or moving house.”

Archer is one of the more optimistic analysts of the property market, expecting a fall in prices of just 5% over the next few months and a flattening-out by the end of the year. The average house price in the UK was £230,000 in February, down 0.3% on the previous month, according to the Office for National Statistics. There are much less modest declines to come, say experts.

The Centre for Economics and Business Research predicts that prices in 2020 will be down 13% “as a lack of transactions, high uncertainty and falling incomes take their toll”.

In the first weeks of the pandemic, property agency Knight Frank said it anticipated a fall of 3% in 2020 before increasing this forecast to 7% last week. Its analysis suggested prices had fallen 5% since March, with further pain for sellers to come.

Simon Rubinsohn, chief economist at the Royal Institution of Chartered Surveyors (Rics), says: “I suspect people will be fairly wary.”

He adds that while the easing of restrictions will unlock transactions already in the pipeline and encourage those who need to move for work or family reasons, most people will wait to see how their circumstances develop before buying.

High-end property agent Henry Pryor says his clients are looking for 20% discounts, though they are likely to agree on a figure nearer 10%.

“They don’t know where prices are going to be at the end of the year and whether they will be in negative equity,” he says.

Rubinsohn says buyers have also found they may want to consider aspects of a property that were not so important three months ago.

“They might want to put a garden or balcony higher up their agenda, or put more time into considering the merits of city life versus something more rural,” he says.

“I am not sure we are able to make judgments about which way people are going to jump. It is too early to say. But there is certainly the potential for people to rethink what they want from their next home.”

Trends that were developing before the pandemic hit could be accelerated as the lockdown eases. If commercial properties become less attractive to employers following a shift to home working, a trend to convert empty offices into apartments could pick up pace.

Rubinsohn warns that this may not be good news for buyers after a report by academics at University College London for Rics found developers had taken the opportunity of weak planning rules to produce substandard homes that one critic dubbed “the slums of the future”.

Other trends could reverse. A drift to the city could come to an abrupt end as the prospect of rejoining the morning commuter crush loses its appeal. And the hollowing-out of town centre high streets could be turned around if the prospect of queuing at an out-of-town supermarket is tarnished and buying from local shops is seen as safer.

The promise of historically low interest rates for the next two years – and most likely a decade or more – could underpin this transition, but the route back to a more normal level of transactions will be slow.

Archer says: “Very low borrowing costs should also help matters, with the Bank of England unlikely to lift interest rates from 0.1% until well into 2021. Even so, we expect house price gains to be no more than 2-3% in 2021.”

Rubinsohn argues that the government will need to consider tax breaks or subsidies to kickstart the market before housebuilders consider limiting the supply of new homes further.

“Without help, and especially as unemployment increases, the housing market recovery is going to be slow. It will be a hard slog,” he says.

Case studies of a troubled market

The buyers
Ed Fireman, 54, and his wife Sue, 53, were raring to go when the property market reopened on Wednesday. The couple, who live near Hebden Bridge in West Yorkshire, had an offer accepted on a new home nearby during lockdown, based on a virtual viewing, and were keen to get their place on the market. “We were straight on the phone to the estate agent – let’s get moving. But we also have feeling of trepidation because people are talking about a crash,” he says. He has a provisional valuation for his house, based on a video tour he’d given the agent, but she is coming to see it. “We are talking to her about how this will work – and what will happen if someone wants to come in.” 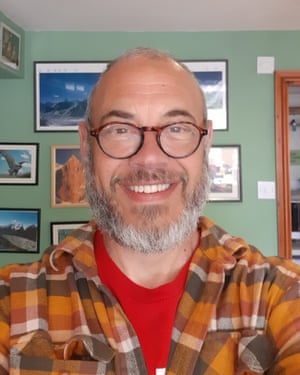 They have seen the house they are buying in real-life now and are very happy. “I think it was the right thing to make an offer when no one else was looking. If there’s a massive crash and we end up having exchanged on it and can’t find a buyer for this one, that will be a problem.”

The seller
Tess Butler, 46, started to try to sell her home in Warminster, Wiltshire, in July last year. She wants to move to nearby Salisbury, where her autistic daughter is at school. “We had quite a few people through the doors but all I was hearing from the agents was ‘we need to see what’s happening with the Brexit date’,” she says. Several months, and two estate agents later, things looked better. “This was in mid-February. My new agent said the market was picking up – they’d sold 14 houses in a week.” But then came lockdown.

Butler works in the tech industry and was keen to offer virtual tours, but her estate agent put staff on furlough and is still closed. She is ready to do viewings, but says agents everywhere will have to manage expectations, given the domestic challenges posed by lockdown: “Like other people we have been properly living in the house for the past couple of months.” And prices are a concern. “I’m selling in an area where prices may go down, and moving somewhere where I don’t think they will.”

The estate agent
Tom Floyd, 33, is sales manager at the Kennington branch of Winkworth in south London. He was doing an online quiz when news that firms could reopen started to filter through “and my phone went mad”. Some staff were furloughed, but he has worked throughout – fielding calls and registering buyers. 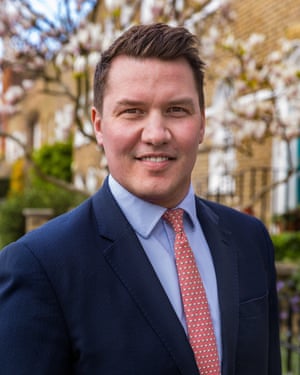 “We’ve now been contacting those people to arrange viewings,” he says, and appointments will begin on Monday. Staff have PPE and everyone involved must declare they are healthy and have not been exposed to the virus. “I’m not too worried, and we have spoken to staff to check they are all happy. We reserve the right to refuse viewings if we are concerned.”

Many of the deals arranged before lockdown are still on and discounts have been small. “Where we’ve lost deals is where people have pulled out completely,” Floyd says. “Some have been first-time buyers and they have been furloughed or seen redundancies at work.”
Hilary Osborne